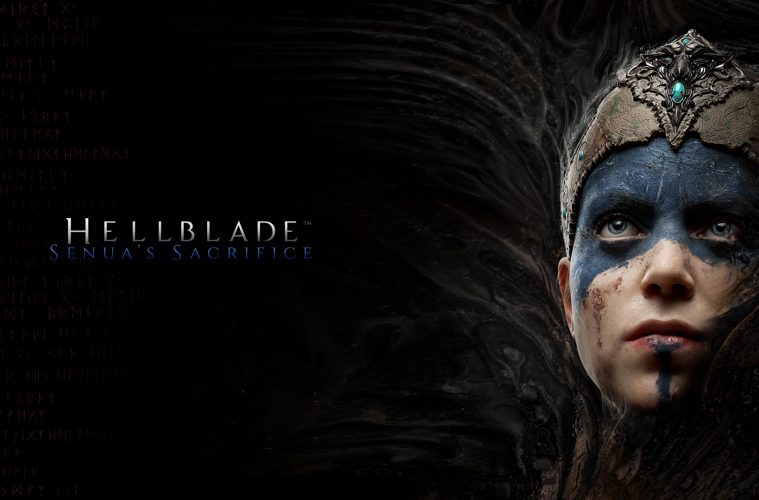 Three years after its announcement at Gamescom, Ninja Theory (Enslaved, Heavenly Sword) brings us Hellblade: Senua’s Sacrifice as a digital only release on PS4 and PC. An action hack and slash game based around Celtic and Norse mythology, Hellblade utilises real-time facial motion capture, complex visuals, and surround sound audio, to create what the developers call an “independent AAA” experience.

Hellblade: Senua’s Sacrifice is the story of Senua, a young and mentally unsound Celtic warrior who journeys into the Norse underworld to try and retrieve the man she loves. Throughout the game you guide Senua through each section, fighting enemies and solving puzzles in order to access the new areas. The only company you have are the voices in Senua’s head, which are a mix of disparaging, fearful, encouraging, and oddly helpful. Imagine a game where you’re being followed around by a chorus of LOTR Galadriels and you’ve pretty much got the idea. Interspersed with these voices are her memories of Druth, Senua’s guide, who is basically like this guy after he has seen some shit.

As someone who isn’t the greatest fan of Ninja Theory, particularly after the debacle with DmC: Devil May Cry, I went into this game with a fair bit of trepidation. This uneasiness was compounded by Hellblade’s use of a permadeath system, in which the game deletes your save file if you die too many times. Permadeath in a video game is not a new concept, as anyone who ever ran out of continues in the 90s will tell you, but it is a system that has fallen somewhat into disuse in modern gaming. As such the idea that a game can make you start all the way back at the beginning if you fail enough times is not something that younger game audiences are really used to, and the use of a permadeath system in Hellblade (and the later accusations that the system is a bluff) has caused a bit of a stir. The permadeath system is implemented through the black rot on Senua’s arm, every time you die the rot creeps further up her flesh. If the rot reaches her head then your save file is deleted, meaning you have to start the game again from scratch.

It’s clear where the majority of the time was spent making this game. Aside from occasional flickering in some of the background textures the visuals of the game are gorgeous. Senua’s design is great, her movement cycles are smooth and convincing, and her facial animations work really well (take note Bioware) The voice acting is superb, as you’d hope it would be in a game that relies this heavily on audio in the creation and maintenance of atmosphere.

But what is Hellblade: Senua’s Sacrifice like as a game?

Combat is reasonably smooth and enjoyable, but very basic. You can block softer attacks but you’ll need to learn to dodge the harder blows and time your attacks for when enemies are vulnerable. There’s no tutorial, which may irk some players, but the controls are so simple that one isn’t really necessary. Enemies get progressively more difficult to defeat as the game goes on, so it is a shame that there is so little variety in terms of enemy character design, one shirtless, skull-headed Norseman is pretty much the same as the next. Enemies appear from nowhere, but it’s never really a surprise when they show up. It’s as if the game designers put up big signs in between the puzzle sections that say “This is where the combat happens” With this said the fights are tense, and satisfying when completed. The biggest problem is that the progression in difficulty is a bit of a slow burn, and at around 8-9 hours the game doesn’t have long enough to invest that kind of time. By the time you’ve got to the meatier sections of combat the game is all but finished.

Unfortunately it is the Resident Evil style puzzle sections that really let this game down. You are required to search the scenery for specific runes that open the doors to the next area. These runes are mostly hidden in plain site, and so you’ll often find yourself frustrated and backtracking, running around like something out of The Blair Witch Project as you try and look for shapes in trees, shadows, and rocks.

The story is very simplistic and the game sections progress from one puzzle and combat to the next in an extremely linear fashion. While there is a climb function for ladders there isn’t a jump function, this will get slightly irritating, especially when seeking higher ground to look for runes. It’s also somewhat irksome that areas of scenery which you should logically be able to interact with are closed off to you, Senua can climb one area of scenery, but refuses to climb one that’s of similar height nearby. Unfortunately this has the effect of making you feel somewhat led around by the nose. 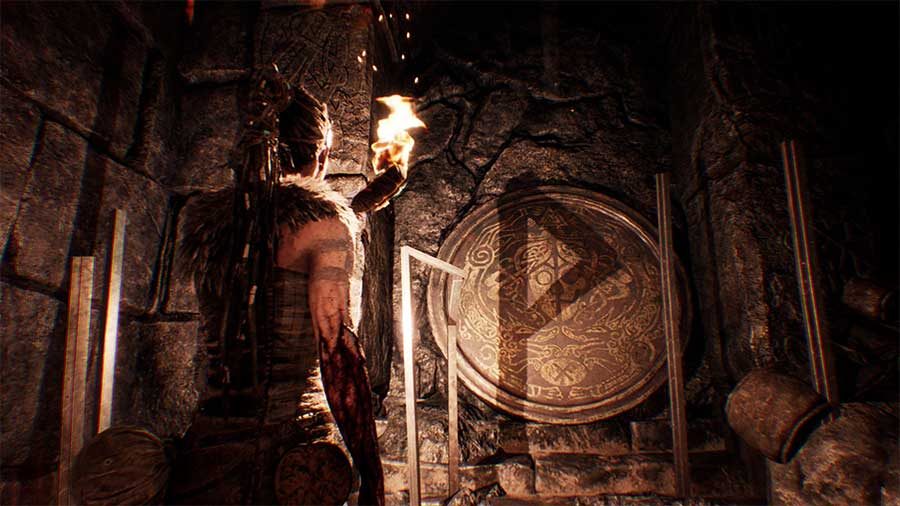 You won’t find any of the mechanical aspects you might usually expect with this type of game, there’s no artificial resource collection, no skill tree or point spending, no weapon options, and no inventory system. The focus here is the story, and the character of Senua. You’re riding along inside her tortured head, and you’re not really sure what’s real and what isn’t precisely because Senua isn’t sure. Mental illness has been portrayed through audio and visual hallucinations in other video games, such as The Suffering and Eternal Darkness: Sanity’s Requiem, but the focus is usually on story and gameplay mechanics rather than any kind of sympathetic or realistic portrayal. Hellblade rests entirely upon your investment in the character of Senua, in her backstory, in her mental difficulties, and in her quest. This is a VERY serious game, don’t look for any lighthearted moments to contrast with the grimness, because there are none. This is a ride into hell, and if you don’t engage with Senua as a character within the first two hours then you’ll probably have zero interest in this game. 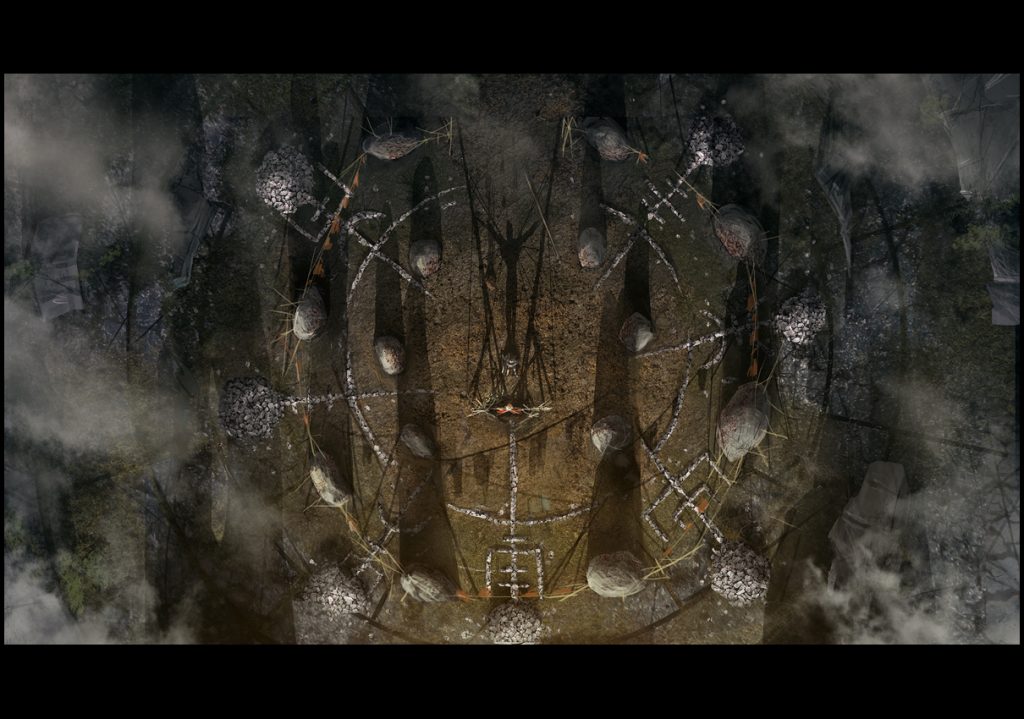 In terms of gameplay Hellblade is a let down, bare bones and either ridiculously easy or a frustrating slog. The permadeath feature the game makes such a big deal about is pointless, the game isn’t difficult enough for that to be much of an issue. I died around 10 times in my first playthrough on auto difficulty and the rot just barely made it up to Senua’s shoulder. The intention may have been to give you more of an understanding of Senua’s plight by giving you the threat of something to lose, but ultimately there’s not enough at stake to make the thought of losing your game all that worrying. That’s a shame, because it takes what could be a clever, albeit divisive, mechanic and makes it worthless, and more than a little pretentious.

The Norse lore is probably one of the most interesting aspects of the game, and Senua’s story (which you piece together from her fractured psyche) is bleak and harrowing. It is nice to see a game with a female protagonist sneak out without all the usual politicisation. However, the lack of fanfare is only because critics are too busy gushing about Hellblade’s portrayal of mental illness. I think this is the kind of game that exists to be a critical darling rather than an entertaining diversion for gamers. Hellblade: Senua’s Sacrifice comes off as the video game equivalent of that movie that film academics rave about, the one that ends up on every critic’s ‘Films To See Before You Die’ list but that you only watch because it’s on TV late at night and you have nothing else to do. To me Hellblade: Senua’s Sacrifice feels like something that should have been a really cool piece of DLC for an awesome game about kicking some Norse ass, but as a standalone game it offers a single, very limited experience. Though Hellblade is not full price (around £25/$30 depending on region) it has little to no replay value, and though it may be a compelling story and an accurate representation of psychosis, as a VIDEO GAME it is disappointing and somewhat (for lack of a better word) poncey.