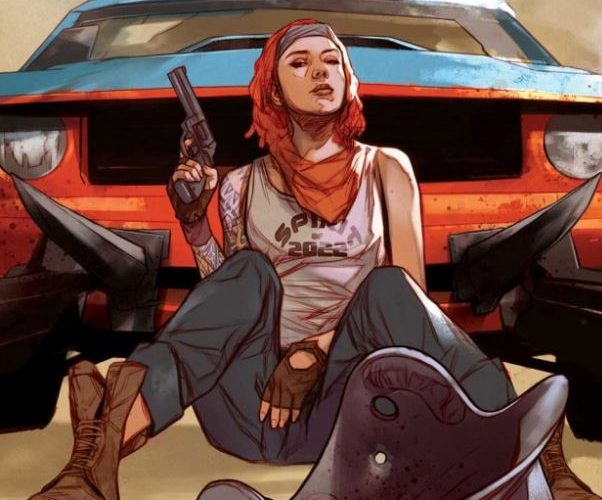 TRAILER: GET READY FOR SOME ROAD RAGE WORTHY DESTRUCTION IN ‘FREEWAY FIGHTER’

Critically acclaimed writer Andi Ewington (Just Cause 3, The Six) teams up with original creator Ian Livingstone and artist Simon Coleby for FREEWAY FIGHTER – a furious, four-issue road trip like no other, speeding from Titan Comics in May 2017.

Spinning out of the legendary Fighting Fantasy series of gamebooks created by Ian Livingstone and Steve Jackson in 1982, the post-apocalyptic Freeway Fighter distinguished itself by deviating from the usual mix of orcs, goblins and cave- trolls.Celebrating 35 years in 2017, Fighting Fantasy brought together choice driven storytelling with a dice-based role-playing system to create a world in which “YOU are the hero!” The series sold over 18 million copies worldwide and is translated in over 30 languages.

In the new comics series, an unknown virus has wiped out over 85% of the world’s human population. Former I-400 Driver Bella De La Rosa is one of the 15% – living every day as if it were her last. Now, eighteen months after the collapse of civilization, faced with a new world order where violence and chaos rule the Freeway, she must hone her racing skills and survive any way she can! 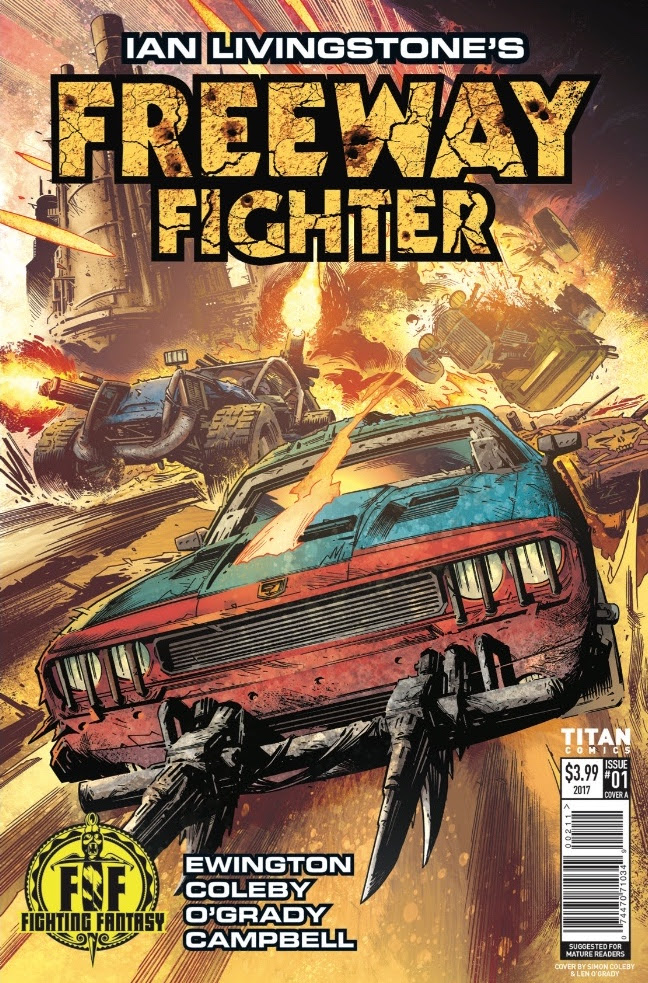