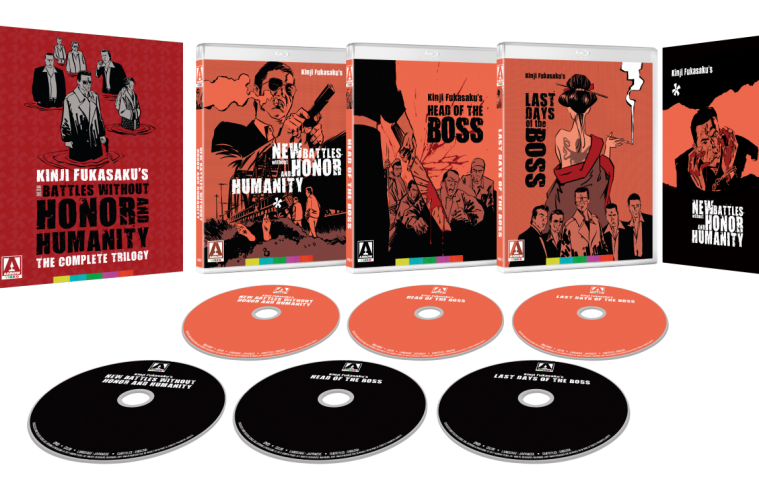 BATTLES WITHOUT HONOR AND HUMANITY TRILOGY COMES TO BLU-RAY

In the early 1970s, Kinji Fukasaku’s five-film Battles Without Honor and Humanity series was a massive hit in Japan, and kicked off a boom in realistic, modern yakuza films based on true stories. Although Fukasaku had intended to end the series, Toei Studio convinced him to return to the director’s chair for this unconnected, follow-up trilogy of films, each starring Battles leading man Bunta Sugawara and telling separate, but fictional stories about the yakuza in different locations in Japan.

In the first film, Bunta Sugawara is Miyoshi, a low-level assassin of the Yamamori gang who is sent to jail after a bungled hit. While in stir, family member Aoki (Lone Wolf and Cub’s Tomisaburo Wakayama) attempts to seize power from the boss, and Miyoshi finds himself stuck between the two factions with no honorable way out. In the second entry, The Boss’s Head, Sugawara is Kuroda, an itinerant gambler who steps in when a hit by drug-addicted assassin Kusunoki (Tampopo’s Tsutomu Yamazaki) goes wrong, and takes the fall on behalf of the Owada family, but when the gang fails to make good on financial promises to him, Kuroda targets the family bosses with a ruthless vengeance. And in Last Days of the Boss, Sugawara plays Nozaki, a laborer who swears allegiance to a sympathetic crime boss, only to find himself elected his successor after the boss is murdered. Restrained by a gang alliance that forbids retributions against high-level members, Nozaki forms a plot to exact revenge on his rivals, but a suspicious relationship with his own sister (Chieko Matsubara from Outlaw: Gangster VIP) taints his relationship with his fellow gang members. 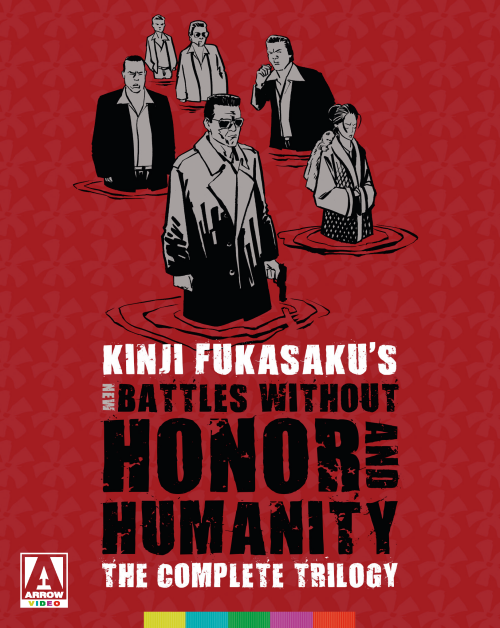 Making their English-language home video debut in this limited edition set, the New Battles Without Honor and Humanity films are important links between the first half of Fukasaku’s career and his later exploration of other genres. Each one is also a top-notch crime action thriller: hard-boiled, entertaining, and distinguished by Fukasaku’s directorial genius, funky musical scores by composer Toshiaki Tsushima, and the onscreen power of Toei’s greatest yakuza movie stars. 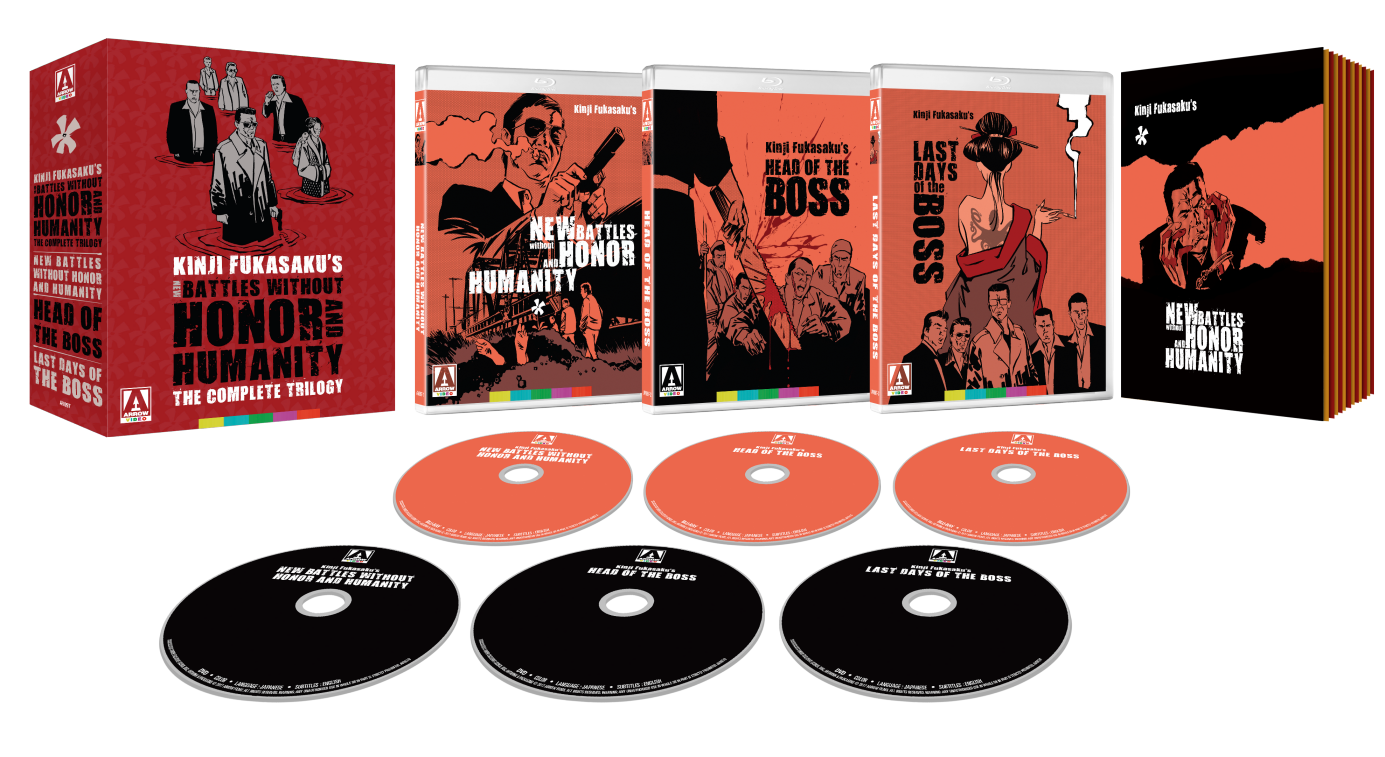