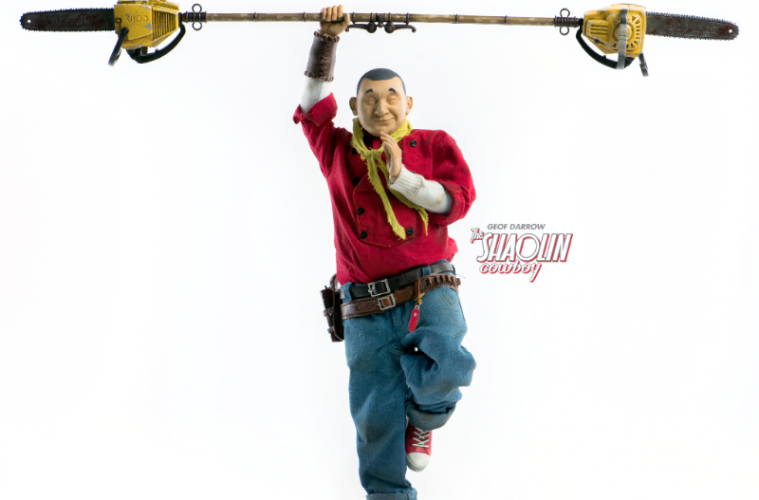 THREE A’S ‘SHAOLIN COWBOY’ JUMPS OFF THE PAGE AND KICKS YOUR OTHER TOYS’ HEADS IN!

A new 1/6th Scale Collectible Figure of one of the most endearing, brutally violent, and hysterical comic book characters of all time – The Shaolin Cowboy! 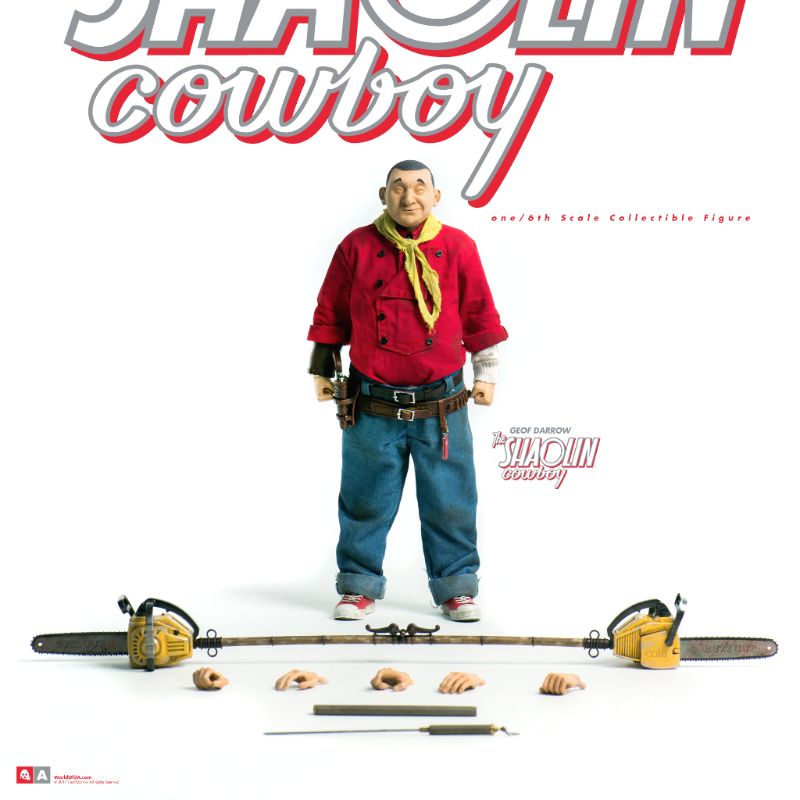 The development team at ThreeA have worked closely with Darrow to impeccably craft the silent hero down to every last detail – from head sculpt, to fit of the clothing, to the minute etched emblem of the pistol grip, to the iconic Bo staff with detachable chainsaws – all in effort to ensure The Shaolin Cowboy appears as if he’s jumped off the page, ready to lop off heads. 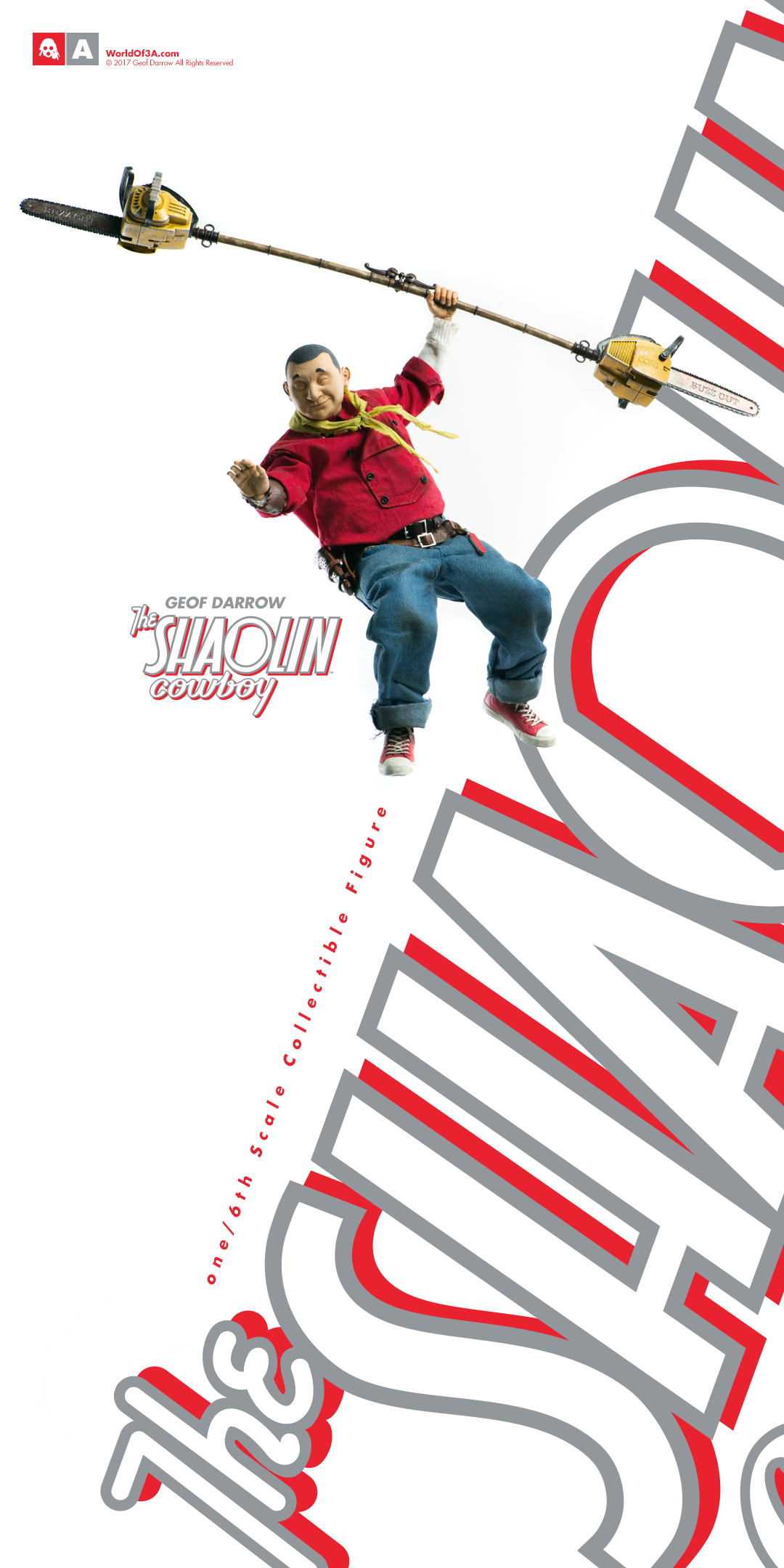 The Eisner Award-nominated series is created, written, and drawn by artist extraordinaire Geof Darrow, whose works are celebrated worldwide for his meticulously detailed artwork, ultra-violence, and absurdist humor. The series follows an unnamed former Shaolin monk with a bounty on his head who must survive by taking on hordes of the undead, desert mutants, talking animals, and the occasional shark person using only his wits, his martial arts skills, and his tenacity to live. 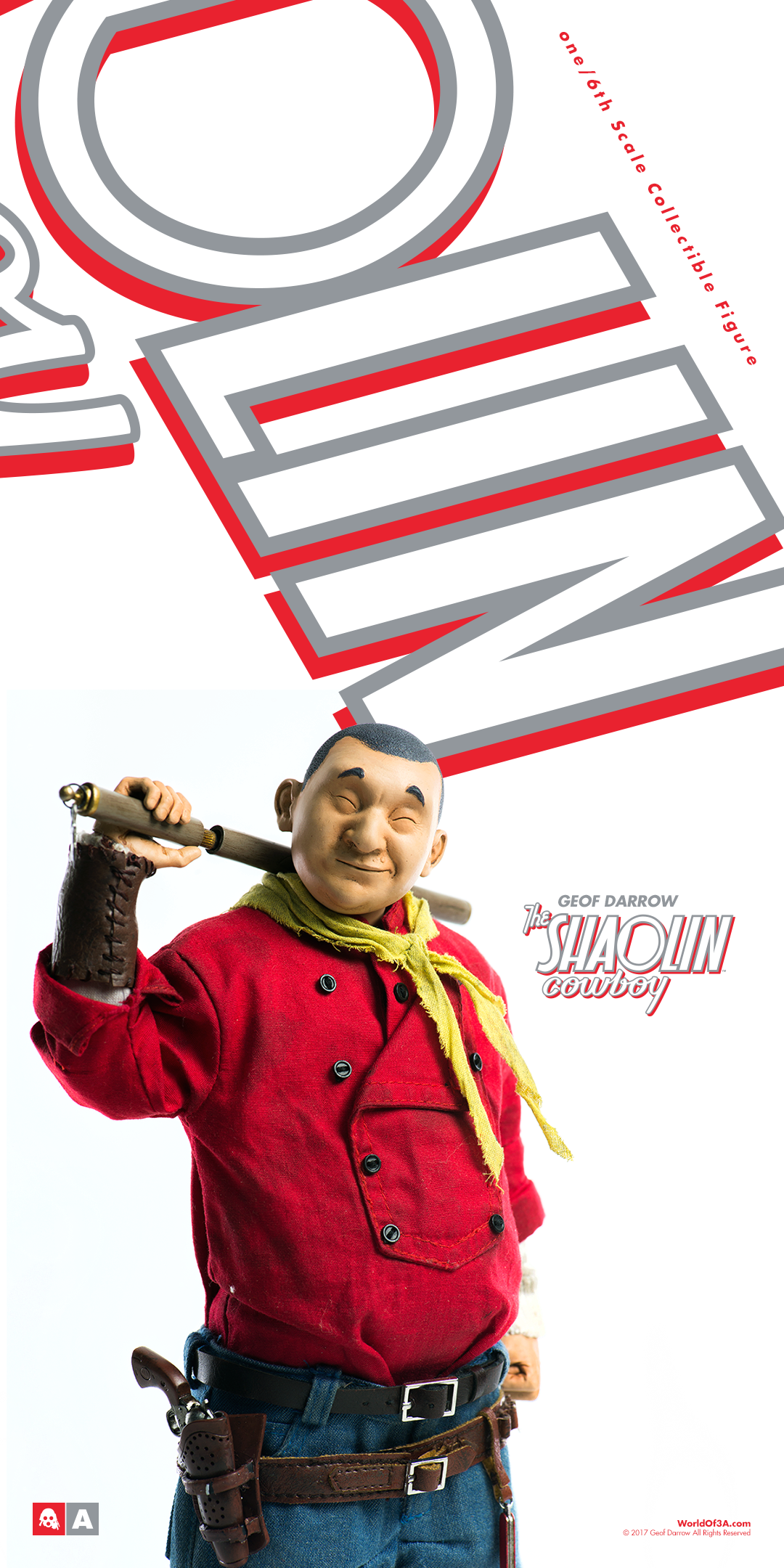 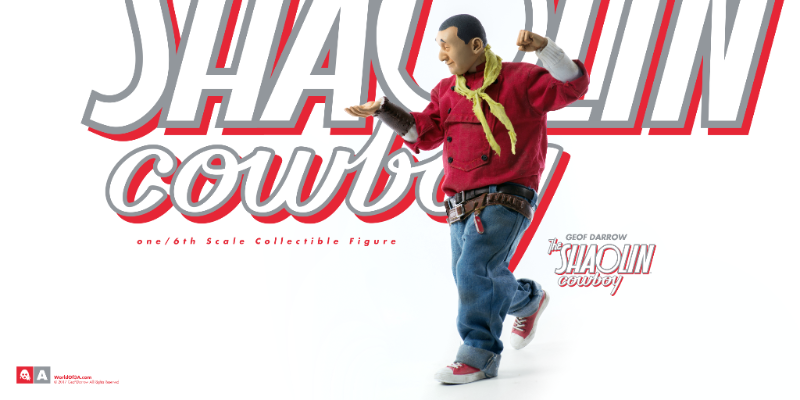