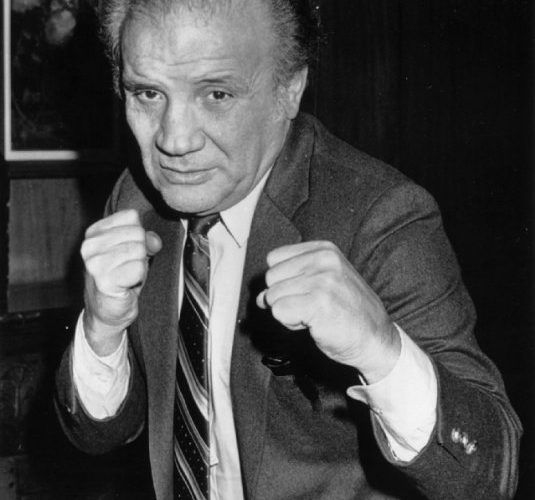 RIP Jake LaMotta – From “Raging Bull” To “Confessions Of A Psycho Cat!” 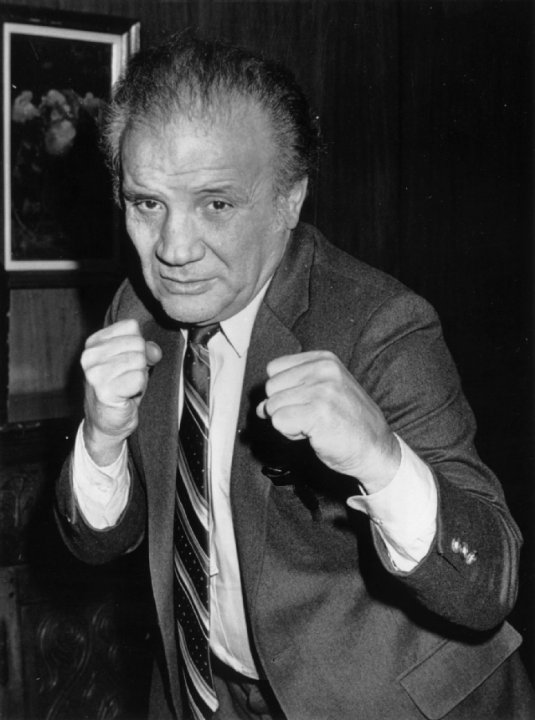 The boxer’s wildlife was captured forever by Martin Scorsese and Robert DeNiro in the brilliant “Raging Bull” – but did you know that LaMotta was a movie star himself? 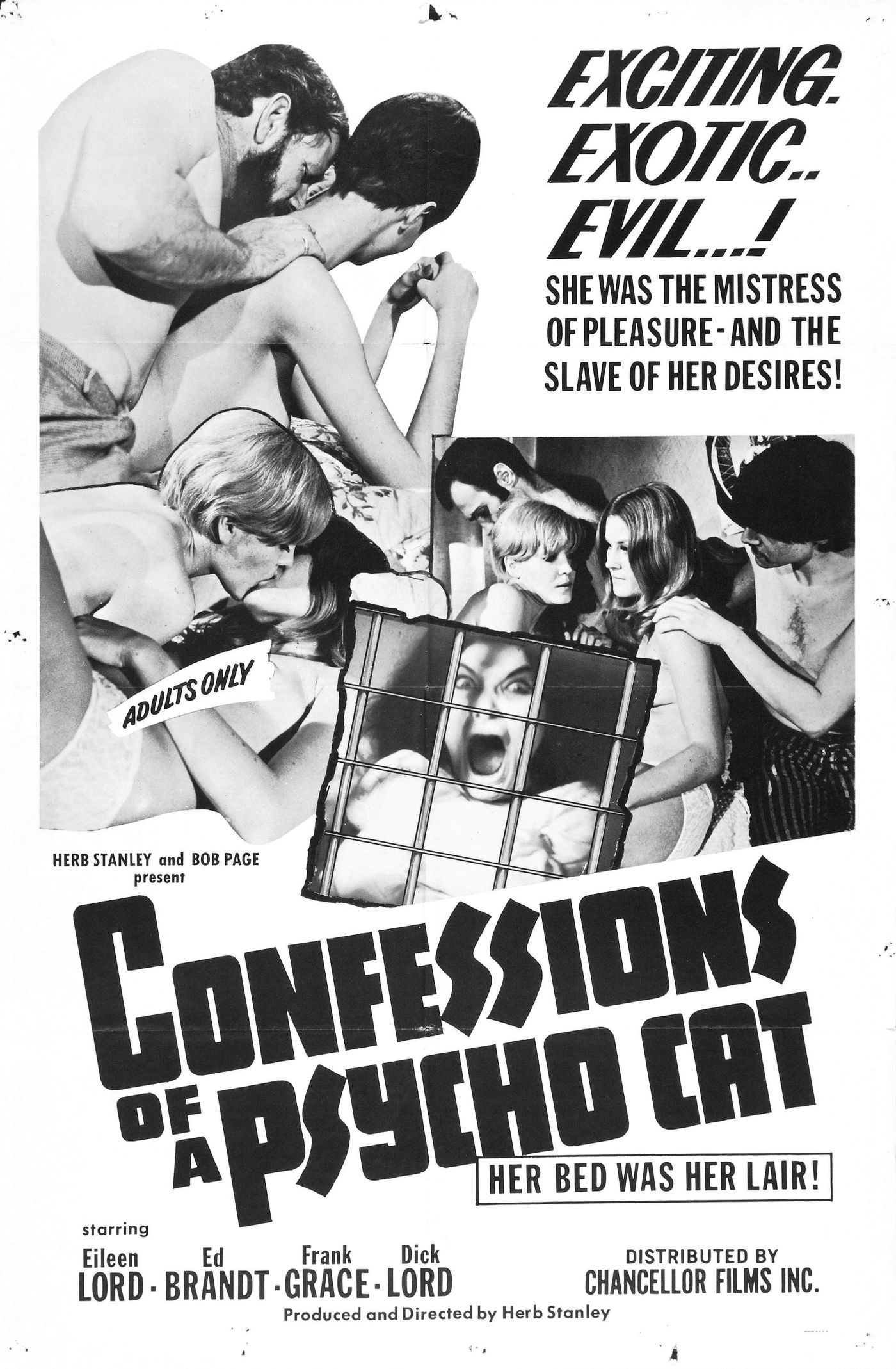 Confessions Of A Psycho Cat is a wild 1968 sexploitation classic: A deranged, wealthy woman offers $100,000 to three men if they can stay alive for 24 hours in Manhattan, and then hunts them down. Here are the three losers as they wait in a room filled with dead, stuffed animals… 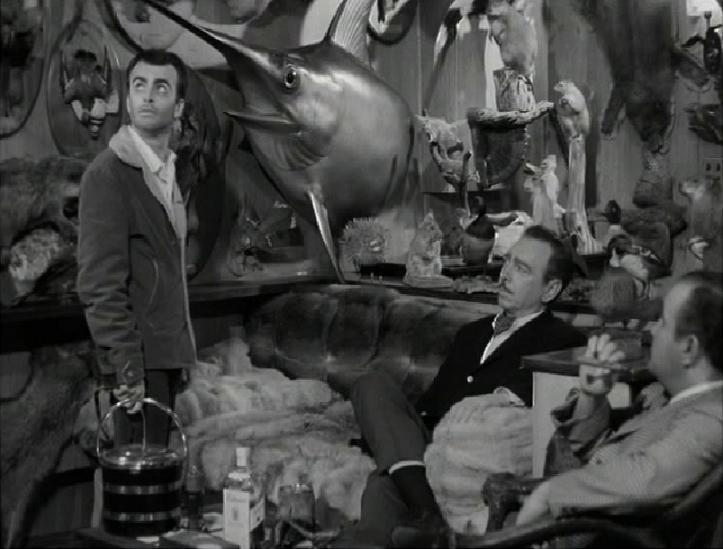 LaMotta plays a washed-up wrestler, who accepts the Psycho Cat’s challenge, shouting at her:
“You don’t have a chance. I get in close, I’ll break you in half!” 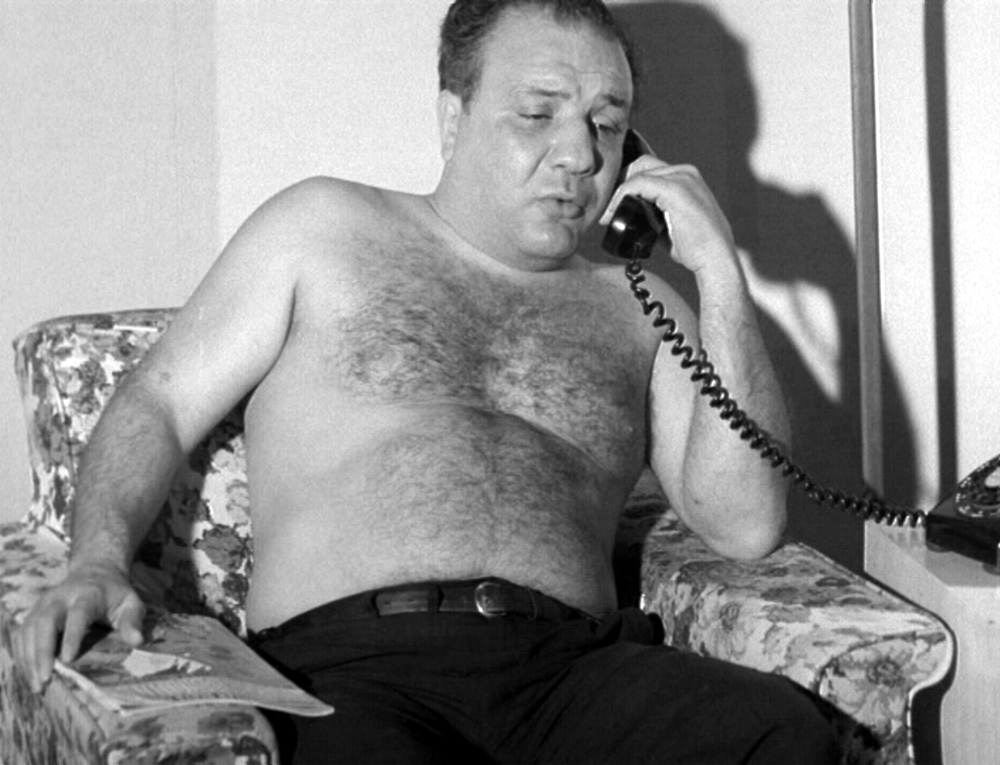 The highlight of the film is a bizarre sequence involving LaMotta, as he sits in his apartment waiting for the “psycho cat” to arrive…after making a phone call, he begins to argue with someone – it turns out to be this woman, who is shown supposedly sitting on a bed in the same room…

But here’s the thing: LaMotta and the woman are NEVER shown in the same shot – and after sitting like this on the bed for a moment, she takes her top off and delivers this classic sexploitation monologue:

“What you bring me up here for anyway? All you’re doing is reading that silly little paper. I came up here to have some fun. What’s the matter? Don’t you like me? (Takes off bra and examines her breasts) I never had any complaints before. Can’t you tell I’m a girl? I think I look pretty good. I think you’re putting me down. I’m sexy and that’s what I came up here for…sex!”

And then she makes out with the mirror! It’s a truly bizarre sequence, and after french kissing the mirror for a minute – topless the entire time – she storms out of the room.  She’s never seen in the same frame as LaMotta, so clearly, this nude scene was filmed afterward to add more nudity and sexual situations to the film! 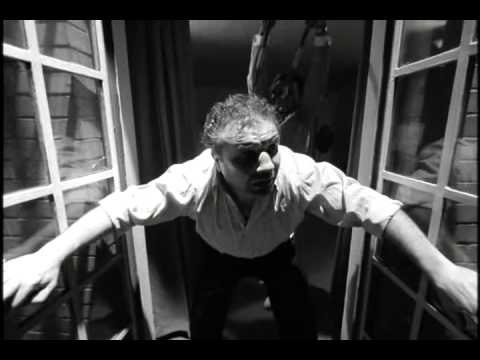 The Psycho Cat ultimately dresses like a toreador to come after “Raging Bull” La Motta in a bizarre action sequence that encapsulates everything that makes Confessions Of A Psycho Cat exploitation at its best!

You can see more wacky cult films at my website: johnrieber.com