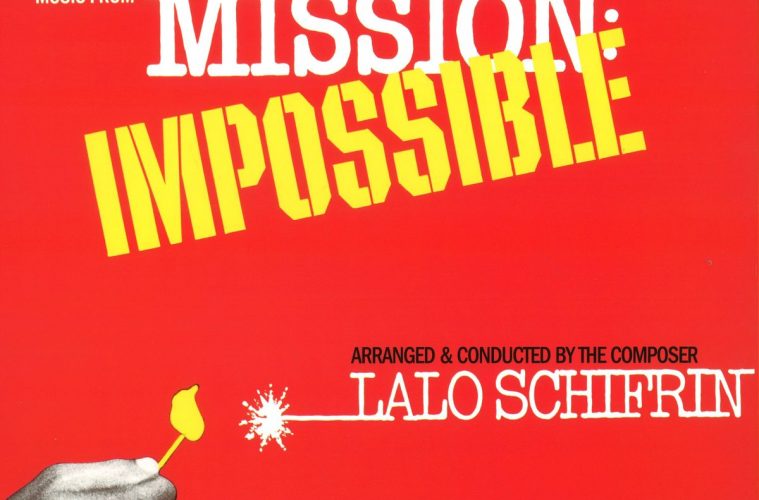 ACTION MAESTRO LALO SCHIFRIN GETS A TRIBUTE CONCERT (AND ALBUM)

The result of a concert performed by Jean-Michel Bernard celebrating the music of legendary composer Lalo Schifrin at the 2016 La Baule Film Music Festival in France, Varèse Sarabande will release a new studio recording of JEAN-MICHEL BERNARD PLAYS LALO SCHIFRIN digitally and on CD October 6, 2017. The album features three piano duets performed by Bernard with Schifrin himself!

In addition to this wonderful release, Varèse Sarabande, together with Musicians at Play and Music Fund Los Angeles, will be celebrating the 85th birthday of Schifrin with a special concert on October 7th in Los Angeles, at the historic Alex Theatre in Glendale.

Lalo Schifrin calls Jean-Michel Bernard his ‘soul brother.’ The two first met over 25 years ago, but it wasn’t until they were reacquainted in 2016 that they would strike up a musical friendship. Schifrin was the guest of honor at the 2016 La Baule Film Music Festival. Bernard was asked to give a tribute concert to celebrate the Maestro, and re-orchestrated Lalo’s themes for the performance. Though not originally scheduled to – Bernard invited Lalo to join him on stage and the two played 35 minutes of amazing improvisations, culminating in Schifrin’s beloved “Mission: Impossible”.

“After a Dirty Harry Blues duo with Pierre Boussaguet, he launched into a wild piano duel with Jean-Michel on Happy Birthday—it really was Boussaguet’s birthday—before ending on a white-hot reprise of Mission: Impossible… thirty-five minutes later!” described the French journalist Stéphane Lerouge. “The audience, fully aware that they had witnessed a historic happening, gave them a standing ovation that stopped the clock.”

Inspired by the music of Schifrin and determined to recreate the historic moment by recording his arrangements for this album, Jean-Michel began recording this album – featuring Lalo’s beloved music from Mannix, Cool Hand Luke, Bullitt, The Cincinnati Kid, The Cat, the Dirty Harry Suite (featuring composer – and Clint’s son – Kyle Eastwood on electric bass), plus a melodic trip to Lalo’s roots with pieces like Lalo’s Bossa Nova and Tango Del Atardecer. After an initial recording session in France, Lalo invited Jean-Michel to Los Angeles to record a series of duets at the legendary Capitol Studios where Lalo would join him for three pieces.

“Jean-Michel reserved two pieces for him [Lalo], each for two pianos: Chano (originally written for Gillespie), and a lengthy introduction to The Plot, like some fantasy joust nourished on jubilant quotes,” wrote Lerouge. “He also built up an original suite combining Recuerdos from Che! (with a baguala rhythm) and the love theme from The Four Musketeers in Renaissance style, forming a made-to-measure piece for Sara Andon, a stunning New World classical flautist. These three piano duets, performed by Lalo and Jean-Michel, can be heard on this album: Introduction to The Plot, Chano, and The Cheketeers Suite.”

Take a musical adventure with this delightful new recording JEAN-MICHEL BERNARD PLAYS LALO SCHIFRIN. Perhaps Schifrin himself summed it up best, “In La Baule, it was a magnificent child. From now on, it’s an adult.”

Lalo Schifrin is a true Renaissance man. As a pianist, composer and conductor, he is equally at home conducting a symphony orchestra, performing at an international jazz festival, scoring a film or television show, or creating works for the Los Angeles Chamber Orchestra, the London Philharmonic and even The Sultan of Oman.
As a young man in his native Argentina, Lalo Schifrin received classical training in music, and also studied law. He came from a musical family, and his father, Luis Schifrin, was the concertmaster of the Philharmonic Orchestra of Buenos Aires at the Teatro Colon. Lalo Schifrin continued his formal music education at the Paris Conservatory during the early 1950’s. Simultaneously, he became a professional jazz pianist, composer and arranger, playing and recording in Europe.
When Schifrin returned to Buenos Aires in the mid 1950’s, he formed his own big concert band. It was during a performance of this band that Dizzy Gillespie heard Schifrin play and asked him to become his pianist and arranger. In 1958, Schifrin moved to the United States and thus began a remarkable career.
His music is a synthesis of traditional and twentieth-century techniques, and his early love for jazz and rhythm are strong attributes of his style. “Invocations,” “Concerto for Double Bass,” “Piano Concertos No. 1 and No. 2,” “Pulsations,” “Tropicos,” “La Nouvelle Orleans,” and “Resonances” are examples of this tendency to juxtapose universal thoughts with a kind of elaborated primitivism. In the classical composition field, Schifrin has more than 60 works.
To date, Lalo Schifrin has written over 100 film and television scores including Mission Impossible, Mannix, Cool Hand Luke, Bullitt, The Cincinnati Kid, Amityville Horror, four of the Dirty Harry films, and more recently Abominable and the Rush Hour trilogy.  Lalo Schifrin has now won five Grammys® (twenty-two nominations), one Cable ACE Award, and six Academy Award® nominations (for Cool Hand Luke, The Fox, Voyage of the Damned, The Amityville Horror, The Competition, and The Sting II).  His longtime involvement in both the jazz and symphonic worlds came together in 1993 as pianist and conductor for his on-going series of “Jazz Meets the Symphony” recordings.
Look for JEAN-MICHAEL BERNARD PLAYS LALO SCHIFRIN from Varese Sarabande on digital and CD on October 6, 2017.