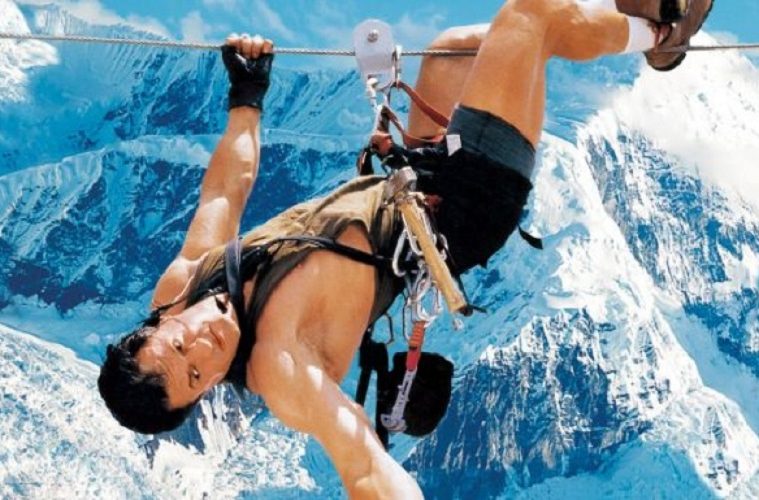 Hang On! – 25 Years Of Stallone’s ‘Cliffhanger’

Sylvester Stallone is one of the three greatest action movie stars on the planet, with Schwarzenegger and Van Damme filling up the other two spaces. These three men have had careers in action cinema that can only be adored. There’s many more great heroes, but those guys have a list of movies in their heyday which blow the competition out of the water. And Stallone is still rocking, with instant action classics like ‘The Expendables’ trilogy, ‘Bullet To The Head’ and ‘Escape Plan to his name. But looking back at his first twenty years is spectacular. Rambo and Rocky will rule the world forever, and my personal favorite is the horribly overlooked and absolutely fantastic ‘Daylight’. Some may consider ‘Daylight’ to be his first foray into the disaster genre but that is not true. Going back three years earlier, we were presented with one of Sly’s most magnificent action thrillers, the wonderful ‘Cliffhanger’.

Sylvester Stallone stars as Gabe Walker, a mountain climber haunted by a tragic past (The iconic opening scene is unforgettable), who is taken hostage by a brutal criminal group and forced to recover $100 million from a dangerous mountaintop after a heist gone wrong. With a raging ice storm beating against him and his captors waiting to kill him and his friend, Hal (Michael Rooker), Gabe uses every skill he has to retrieve the money and keep it from the vicious killers in an effort to stay alive.

‘Cliffhanger’, since it’s release, has garnered a massive fan base thanks to its spectacular action scenes, fantastic special effects and one of the world’s biggest movie stars heading up the cast. Directed by the awesome Renny Harlin, best known for the legendary ‘Die Hard 2′ (he also directed the glorious action movies ’12 Rounds’, The Long Kiss Goodnight’ and ‘Deep Blue Sea’), ‘Cliffhanger’ is a movie that delivers on every front, even featuring a great lead villain, played by the brilliant John Lithgow.

And no classic action movie is complete without an awesome woman kicking ass and helping save the day. This time it’s the lovely Janine Turner as Jessie. Great action movies rely on a great cast and here’s one that stands out among a flurry of amazing action scenes. Michael Rooker is on top form as Gabe’s pal Hal and the love/hate relationship between them is terrific. Although ‘Cliffhanger’ is as big as action movies get, the performances from its brilliant cast match the spectacular set pieces on display. That doesn’t happen very often in the genre.

Looking back on ‘Cliffhanger’ over its 25 years, it surprisingly hasn’t aged a bit. The action is pulse-pounding, the cast is aces and the special effects are still stunning. Not only one of Stallone’s greatest movies but also one of the best we’ll ever see in action cinema. A real action masterpiece.