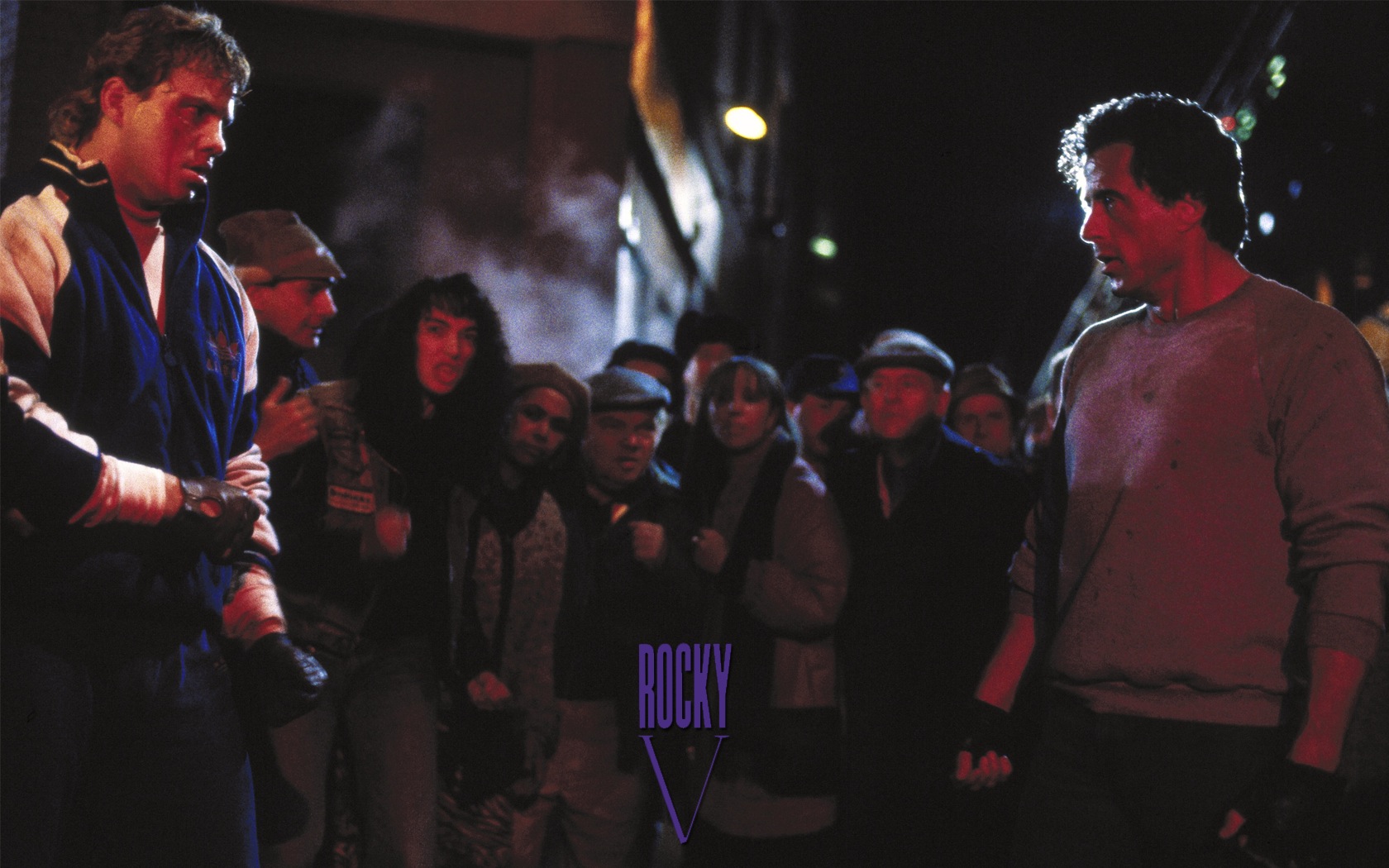 GREAT MOMENTS IN ACTION HISTORY: “ONE MORE ROUND!”

1990’s Rocky V was met with a negative reception all-around during its release. The title character’s epic fall from grace was heavily criticized, as were the film’s logical inconsistencies: Rocky loses nearly all of his money to an unscrupulous accountant, forcing him and his family to move back in to an old property within inner-city Philadelphia. Not only that, but he suffers brain damage which both forces him to retire and causes him to regress mentally, back down to how he was in the first two Rocky films. The biggest logical inconsistency for me was the time lapse, represented by Rocky’s son, Robert Balboa. In Rocky IV (1985), the boy is under 10 years old. Rocky and company spent, in Paulie’s words, “a couple of months in Russia” to prepare for Rocky’s bout with Ivan Drago. Early in the fifth film, Rocky and his crew return to America and are greeted by Robert, who’s now a teenager (and played by Sly’s real-life son, Sage Stallone, RIP).

Rocky V has lots of threads to pull at, but it broke the formula. Every film in the franchise ends in a boxing match, except this one. Here, we have a street fight. Tommy Gunn (played by real-life boxer Tommy Morrison, RIP) is a young fighter who requests that the retired Rocky train him. Rocky does and neglects his son in the process, making Robert insanely (but understandably) jealous. Tommy gets women, bigger matches and goes undefeated, but becomes irritated that the press keeps him in Rocky’s shadow, always giving him possessive pronoun nicknames like “Rocky’s boy” or “Balboa’s machine”. Boxing promoter George Washington Duke (payed by Richard E. Gant) plays on Tommy’s anger and lures him to the dark side, pitting him in a real fight against his mentor.

The fight itself is actually pretty funny. With Rocky’s brain damage causing him to perceive sound in slow motion, his hallucinations of Mickey, and even the cheering sections! Robert screams out to his father, “Come on, knock that bum out, he took my room!” while G.W. Duke fulfills his role as a Don King caricature by not cheering, but by trolling Tommy instead: “YOU LOSE, YOU’RE FINISHED!” or “FIGHT BACK, YOU BUM! FIGHT BACK!!” Given the sequels of Rocky Balboa (2006) and Creed (2015), I wonder what happened to the character of Tommy Gunn. Perhaps this…? 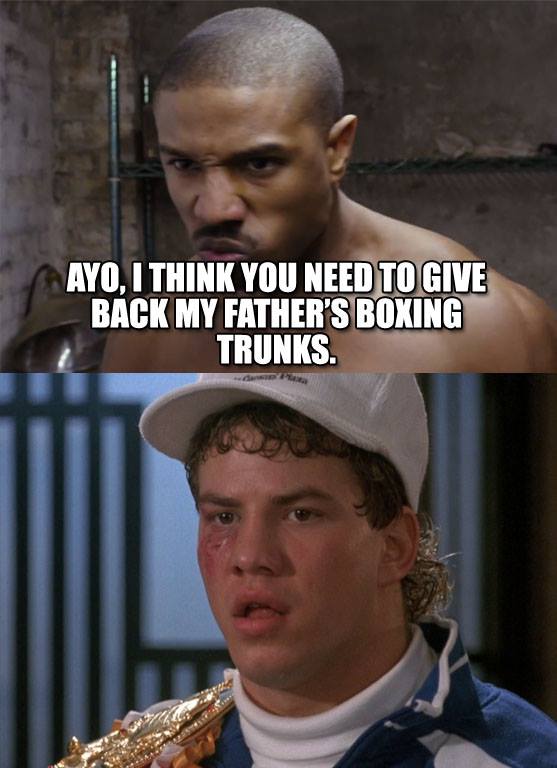 That’s just wishful thinking. Right now, Tommy getting beaten by Rocky and taken away in cuffs will suffice. Watch it below: