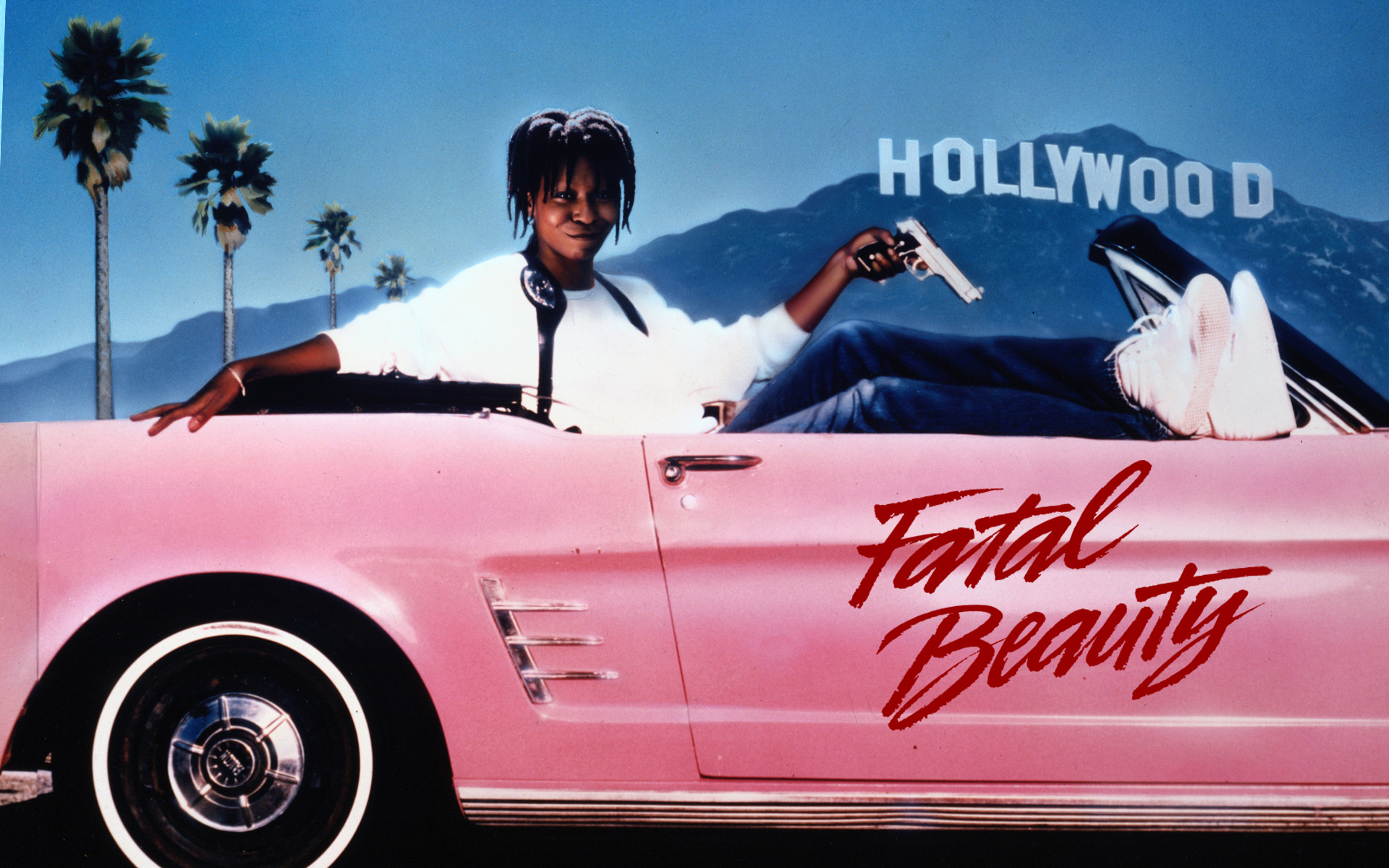 Fatal Beauty (1987) was the female answer to Beverly Hills Cop (1984). Whoopi Goldberg stars as Detective Rita Rizzoli, an undercover officer with the Los Angeles Police Department who discovers a new and extremely potent form of cocaine (named ‘Fatal Beauty’) on the streets. Determined to get rid of it and those responsible for it, she’s assisted by her partner (played by Ruben Blades) and a freelance bodyguard (played by Sam Elliott). Like other film’s released that year, such as Less Than Zero and Lethal Weapon, it contained an anti-drug message mixed with a look at cocaine and the subsequent effects addiction in the west coast, but in the form of an action-comedy. The film was a critical and commercial failure, but later found new life on HBO and VHS. 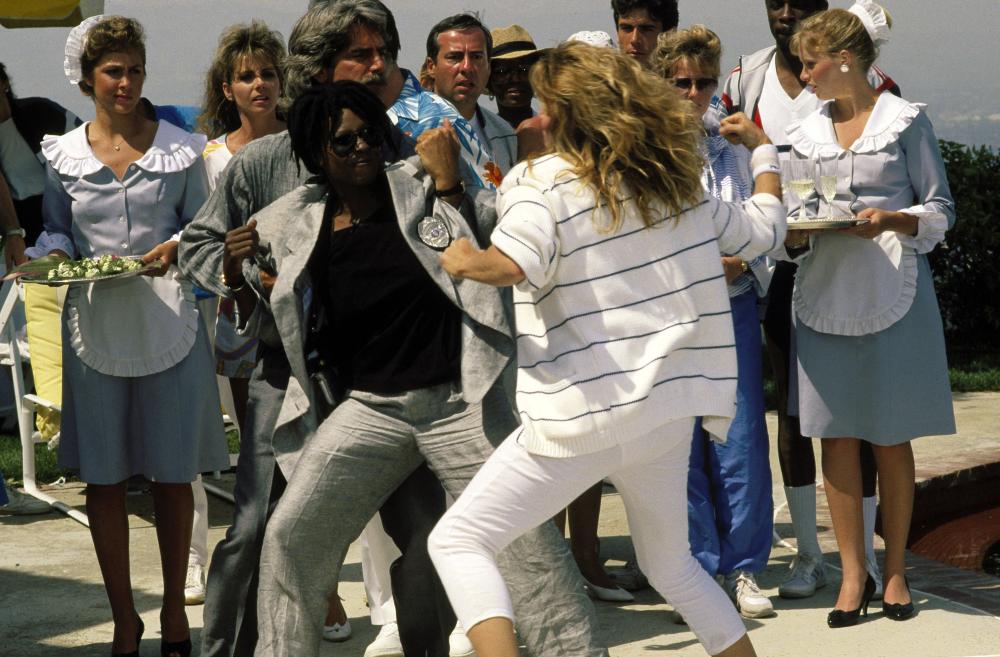 The film contains lots of action and several funny lines courtesy of Whoopi herself. Even her casting as the lead character is laugh-out-loud deliberate irony: A Black female New York actress/comedian named Caryn Johnson, who goes by the Jewish stage name of ‘Whoopi Goldberg’, plays an Italian police detective in Los Angeles. But the action that drew me into the film as a kid was the scene below. Here’s some context: Detective Rizzoli discovers several teenagers who die from Fatal Beauty and one the surviving teens points the finger at his mother as the source from which he received the cocaine. She questions the mother, Cecile Jaeger (played by Jennifer Warren), about the matter at her country club, only to be met with rudeness and condescension. It degenerates into a physical fight, including a spectacular crash through a window. How’d it start? Well, the stereotypical uppity, high-society White woman hit the Black female cop first with no real provocation.