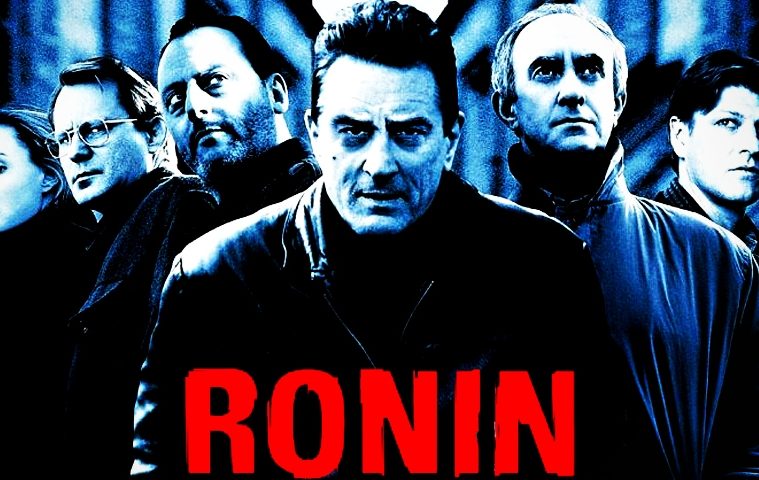 Easy question… how fantastic is Robert De Niro? How many movie stars can say they’ve achieved a level of success as high as his? And how many actors are as diverse? The man is movie royalty. And thanks to a fantastic filmography, people always have a hard time choosing a favorite among his movies. But sure to be high on many of these lists is the absolutely brilliant ‘Ronin’.

Robert De Niro stars as Sam, a mercenary criminal hired by an IRA soldier (played by the wonderful Natasha McElhone), to steal a mysterious briefcase, its contents unknown. Joined by a team of professional thieves, Sam finds himself embroiled in a battle of wits and bullets, as the team begins to turn on each other, in a bid to claim the massive payday the briefcase offers.

Armed with a dream cast, including Sean Bean, John Reno and Stellan Skarsgard, ‘Ronin’ is rightly considered an action classic, featuring some of the greatest car chases ever put on film. Those chases alone have brought ‘Ronin’ a cult fanbase of action lovers in its 20 years with us. Although the gunfights are fun, great story, and top-notch cast deliver the goods those chases still stand as the movie’s highlight. Directed by the late great John Frankenheimer (‘French Connection II’, ‘Reindeer Games’, Black Sunday’, ‘The Manchurian Candidate’, Grand Prix’ etc…), the action is handled beautifully. The streets of Paris look as amazing as the surroundings for the movie’s many iconic car chases. The final chase is especially spectacular. Not many movies can rival the car chase spectacle ‘Ronin’ has to offer.

Although swallowed up somewhat in a year of tremendous blockbusters, ‘Ronin’ remains one of the best movies of 1998. I have great memories of being a teenager and racing to the video store to grab a copy when it was released. Rarely have I rewound so often as I did for those marvelous car chases. And the cast is so great. De Niro is his usual brilliant self, the sarcasm and strength always on show. Sean Bean is horribly underused but still fun. Stellan Skarsgard is at his best, the movie’s second best character. Jean Reno plays his usual role of “Who’s side are you on?”, but he does it well. And Natasha McElhone is the light in many a man’s eye. Not to detract from her performance, which is great. But as a guy who lived through the 90’s, my love for her would make me enjoy her, no matter what role she had. She’s especially wonderful in ‘The Truman Show’. A wonderful woman.

If you’ve never seen ‘Ronin’, it’s certainly time you did. You’ll be hard pressed to find a movie with this quality cast and those amazing car chases in these times, outside of the Fast And Furious franchise.