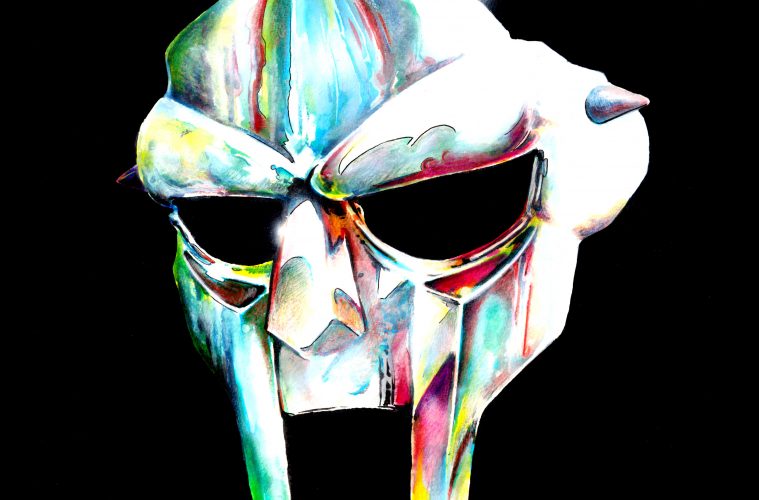 ALL HAIL … MF DOOM! TROY JEFFREY ALLEN AND SMACK! BRING THE THUNDER WITH THEIR TRIBUTE COMIC

In the wake of his passing last October, the true life story of MF DOOM (real name: Daniel Dumile) has been the topic of many articles and blogs online. However, Dumile was a notoriously private person, and his MF DOOM persona underlined his need to separate the man and the myth.

The six-page comic titled “VILLAIN: ALL CAPS” intends to simultaneously honor the man behind the mask, as well as the mask itself, by emphasizing his message: modern hip hop has become too obsessed with the superficial and is not focused enough on the sound. Writer Troy-Jeffrey Allen and artist Smack! (Sean Anthony Mack) utilize the visual tool of comics, a medium that influenced the DOOM persona, to take the reader on a visual journey that recreates the sonic experience of a MF DOOM album.

The best thing, like all things in life, is that it is free! Check it out below.

Writer and producer Troy-Jeffrey Allen is the founder of CREATE THE CULTURE. His works include Bamn, Frontiersmen, the Glyph Award nominated Fight of the Century, and the Harvey Award nominated District Comics: An Unconventional History of Washington, DC. Allen’s comics have been featured in the City Paper, The Baltimore Sun, Bethesda Magazine, The Examiner, and The Washington Post. He is also the marketing manager for Diamond Comic Distributors, lead chief editor for PREVIEWSworld.com, contributing writer to PREVIEWS Catalog, and the host and producer of PREVIEWSWORLD WEEKLY.

Born and raised in Saginaw, MI, Sean Anthony Mack has been drawing since a child. From doodles of Ghostbusters and Ninja Turtles to creating comics of his own, he has always been up to developing his craft into something unique and personal to himself. Having been mainly a freelance artist, he also has been illustrating and co-writing the webcomic series “The Revolutionary Times” with long time friend Brandon Howard since 2008. His various art styles have allowed him many opportunities to work with outlets such as HBO MAX, Complex, ESPN, Grantland, and Myspace, as well as with music artists such as Musiq Soulchild, Big Sean, Masspike Miles, and others.
(colorist) Luis Guerrero is a Mexican colorist and illustrator who has worked on covers and interiors for some of comics greatest titles. They include Super Sons, Robin, Green Lantern, Dark Nights, The Flash, Titans, Detective Comics, Harley Quinn, Superman, Vertigo, and more. Guerrero has also had many years of extensive work in the independent comics community, as well.

Deron Bennett is the owner and lead artist of the comic book lettering and production drype6studio AndWorld Design. His extensive list of clients includes Skybound, DC Comics, BOOM! Studios, Dark Horse, Vault, IDW, Oni Press, and AHOY. A jack-of-all-trades, Deron does cover design and illustration for Amazon Publishing as well. His talents have been recognized with multiple Eisner, Harvey, and Ringo awards nominations for Best Letterer. Deron’s thought-provoking written work has been published in several anthologies including The Good Fight, Fearless Future, and the upcoming Maybe Someday. He is responsible for the Glyph Award-nominated series Quixote with Dan Mora and Khary Randolph.

Cover Artist Matt Rawson is a painter and penciler who considers his influences Virgil Finlay, Drew Struzan, Bernie Wrightson, and Junji Ito (to name only a few). His other works include Colonial Comics Vol. 1 and Vol. 2. Rawson frequently collaborates with writer Troy-Jeffrey allen. Their works together include Frontiersmen, Rob The Viking, and the upcoming Books of Black Herman.