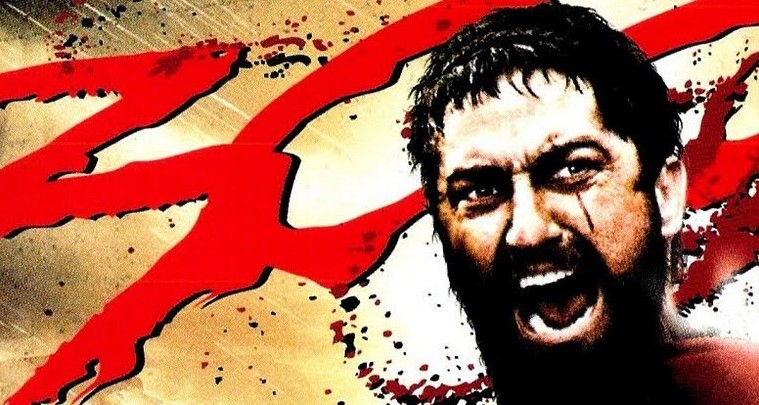 Way, way back in 2006/7 my grandfathers brother in Law showed up at our house with a DVD in his hand. He came in, we had a ginger conversation, and then he looked at us seriously and asked “Have you seen the movie 300?”.

I laughed. Of course I did! I had read the graphic novel, seen the movie, was getting into Frank Miller’s other works. But he went on. He was Greek, and for him 300 was a great opportunity to talk about Greek history and culture. We then watched the movie and began talking about how all the monsters were metaphors and this and that. It was adorable. But it opened my eyes to something. 300 had transcended from being a “comic book movie” and even being a great action film. It was a cultural milestone. It was also one of the greatest rated R films of the 2000’s.

And the first battle scene gives us an excellent example of why. The film is intense, bold, and unashamedly proud of itself. It also takes the slow motion that the Wachowski siblings used so well and brings it to the absolute next level.

Below is that battle scene, showing King Leonides in all his glory. Please enjoy. And try not to beat your chest too hard after watching it.