Demolition Man: Send a Maniac to Catch a Maniac… 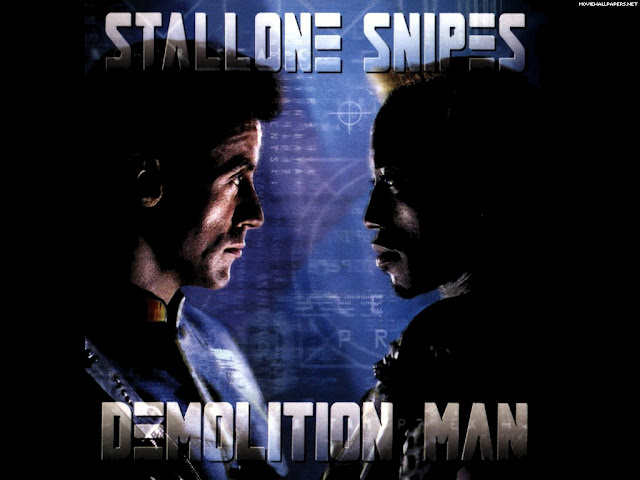 Demolition Man is one hell of a movie that really shouldn’t work at all. You have Stallone, a huge action star, in a heavy Sci-Fi movie about a super cop going after a super criminal in a future populated by pansy vegan people that don’t even have sex and use shells instead of toilet paper. What the hell? If I was a Hollywood producer in the early nineties I would’ve kicked that crap off my desk like it was infected with an STD.