Derek ScarzellaJune 27, 2011
Movies0 Comments15 views
I want you to name me a bunch of actors you can think of right now. Anybody. Go.
Who popped into you head? Dwayne “The Rock” Johnson? Arnold? John Wayne? Jason Statham? Bruce Lee? Pretty easy right?
Now do directors. Go ahead.
Who’d you come up with? Spielberg. Donner. Michael Mann. McTiernan. JJ Abrams. Zach Synder. Frank Capra.
Now do producers. Pretty hard, isn’t it? I mean, think of your favorite movies, or just movies you like, and think about the PRODUCERS behind those movies. There’s a couple that pop up. Like the Weinstein’s, or Lucas, or Joel Silver. But besides those, I bet you couldn’t place a name to a movie. And let’s be honest, most producers probably like it that way. Let the stars and directors have the limelight, I’ll get $h!t done.
Dino Di Laurentiis was not one of those producers. His name showed up in big letters before every movie. He’s worked with the best of the best directors, from Fellini to Cronenberg to Ridley Scott. He made stars like other people make breakfast.Arnold before Conan? An oddity. Briggitte Nielson after Red Sonja? Still an oddity, but you know who the hell she is.  But the point stands! He left behind a lifetime of movies to watch and enjoy and here are the top five Action Films produced by Dino Di Laurentiis.

So without further ado, here are the top five action movies produced by Dino DiLaurentiis!!!! 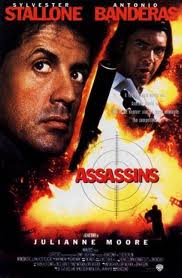 Written by the Wachowski Brothers, Directed by Richard Donner, starring Sylvester Stallone (In his 90’s prime), Antonio Banderes, and Juliane Moore. It’s a classic “getting out of the business” assassin movie, with Stallone playing Robert Rath, a grizzled veteran looking to retire and Antonio Banderas playing Miguel Baine, the upstart that wants to prove himself by taking out Rath, or at least proving he’s better. Judging by the ingredients listed above this movie should have been more of a hit, but it stands as a olid, but not much loved, action movie.

The best part of the film is Bendaras. He plays crazy, and this role was one in what turned out to be a banner year for him action wise, with the release of the legendary DESPARADO (1995) the same year. He was also in FOUR ROOMS, but that’s foo foo cinephile stuff. We’re here to talk about action.
Stallone gives an understated performance, as does Julianne Moore, who plays a computer expert that get’s wrapped up in their murderous game. It’s a good movie, and worth a watch if you feel the need for an assassin fueled adrenaline rush.
4.      U-571 (2000) 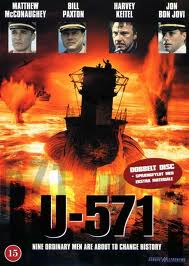 Nothing spells tension like being caught in a tin can underwater surrounded by bombs and enemies you can’t see. This star driven thriller is one of the better examples of Submarine films that follow in the footsteps of DAS BOOT (1981). U-571 was a star driven film with Matthew McConaughey, Bill Paxton, Harvey Keitel and more that told the story of a group of Americans that manage to take over a German submarine during World War II to capture one of the famed enigma machines (to decode encrypted messages sent by the Germans). This is one of those movies that gives you a history lesson while blowing stuff up and it also has excellent performances from the all star cast. Check it out.
3.      Army Of Darkness (1992) 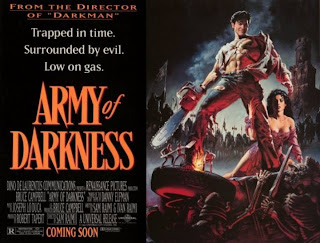 This is just one my favorites. I quote it all the time, reference it whenever I can, and literally HAVE to watch it till the end when it’s on T.V. Ash, who works at S-Mart, get’s thrown back in time to the medieval ages by the Necronomicon (or sum such) and he ends up fighting an army of undead. It’s as ridiculous as it sounds, and all the better for it. 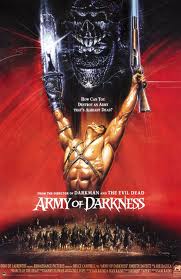 Unofficially, it’s the third in the Evil Dead franchise, which launched Sam Raimi to fame. The whole series is unique because the first is a totally low budget horror film, the “sequel” is pretty much just  a remake of the first one, and the Army Of Darkness goes in a totally different direction altogether. I feel that it’s the most loved of the series and shows off Raimi’s talents on more levels than the first two. It’s a great comedy AND a action adventure but still has genuine horror aspects that will make your spine tingle. 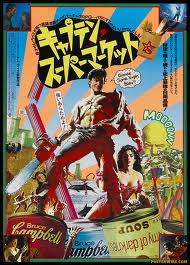 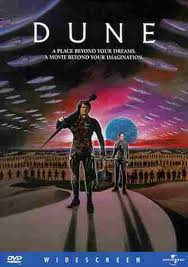 THE SPICE IS LIFE! That, along with any other number of quotable quotes can be had from this sci-fi bonanza. Based on the bestselling books of Frank Hubert and Directed by the ever wild and crazy David Lynch, this movie is totally Dino. Star studded, sprawling, meandering story, and grandiose settings all combine to make this an absolute classic.
Just talking about the costumes in this movie could take up a whole post, or the aliens, or the power dynamics, anything. I mean, it’s got STING acting for craps sake. It’s got Capt Jean Luke Picard. Giant space worms. The SPICE!
No wonder I love this movie.
1.      CONAN THE BARBARIAN (1982) 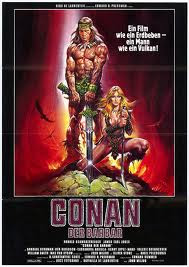 The masterpiece of John Milius, the movie that cemented Arnold as THE action star, and the best example of the genre there ever will be, there is no disputing that Conan the Barbarian is the greatest action gift ever given to us from Dino the Great.
I’m sure you’ve seen it. If you haven’t get your ass on Netflix and get it in a dvd player.
It is a movie that has an incredible lack of flaws. It is perhaps one of the finest films ever made. I write this with an absolute straight face. It’s about power. It’s about brutality. It’s about revenge. It’s amazing, and if it wasn’t for Dino Di Laurentiis we wouldn’t have it.
In Conclusion
That’s it, the best of the best action movies form one of the biggest producers to ever grace cinema.
With a career spanning more than 50 years and a stable of directors and actors nestled comfortably under his thumb, he was an integral part of movie history the likes of which will rarely be seen in this ever more corporate movie world we’re moving towards.
Big Ego’s still run Hollywood, but in the land of giants, Dino put the rest in his shadow. Rest In Peace.
Honorable Mentions:
ORCA (1977): 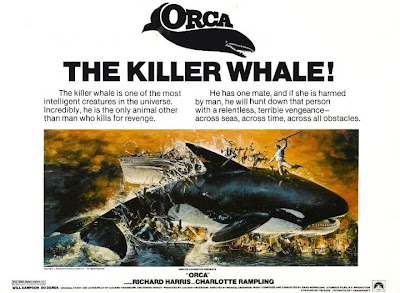 Take JAWS (1975) and set it in a coldest Canada and replace the whale with a shark and you have ORCA.
It goes a bit deeper than that, like discussing ideas of animal intelligence (beyond wow that things smart enough to kill us!) and the limits of obsession, etc, but it really is Jaw’s  with a whale, and worth watching at least once for the great performance from Richard Harris, and others.
FLASH GORDAN (1980). 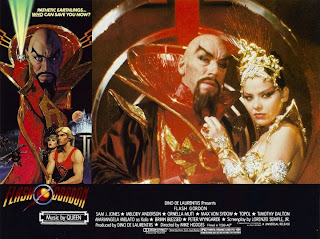 A cult classic of the highest order, I love watching for the costumes and little details that shine so bright. It’s a riot that, like ORCA, you have to watch at least once. You can’t go in expecting it to be a great movie. If you do you’ll walk away disappointed. If you sit down and expect to see something unique, colorful, and a relic of a bygone era, you’ll walk away impressed and satisfied.P.S Just more great posters from an awesome career in movies. 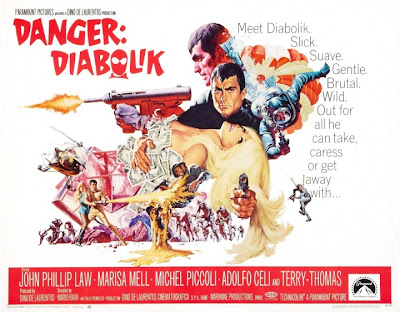 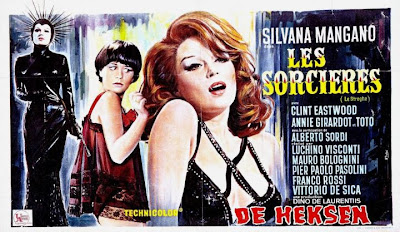