THE LAST STAND : The Boys Are Back In Town…But Should They Be? 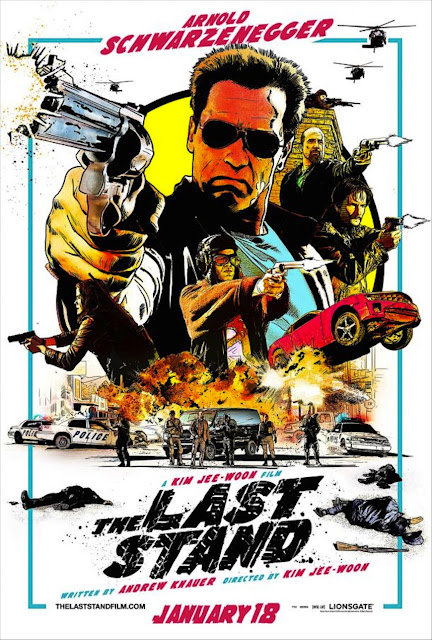 He’s back, baby. After taking time off to pursue his favorite hobby of running California, Arnold Schwarzenegger is where he should be staring in a Hollywood action bananza. That movie would be THE LAST STAND. Sure, he appeared in THE EXPENDABLES (2010) and in THE EXPENDABLES 2 (2012) he had a role, but this is Arnold prime as the lead role with a collection of solid performers in tow, including Oscar winner Forest Whitaker (THE LAST KING OF SCOTTLAND – 2006).
So what’s the final verdict here? Is Arnold over the hill? Should Johnny Knoxville ever appear in a movie again? When is Luis Guzmán going to get his Oscar?
READ ON TO FIND OUT!
THE STORY AND THE PEOPLE WHO GET PAID TO TALK.
A Mexican drug lord named Gabriel Cortez (Eduardo Noriega, VANTAGE POINT (2008) breaks out of death row and begins to make his way to the Mexican border in a high powered Corvette ZR1. FBI Agent John Bannister (previously mentioned Forest Whitaker) is tracking him along the way. The town Cortez is heading to has a Sheriff, and that Sheriff and his deputies are the only thing standing between Cortez and his freedom. That’s pretty much it.
The cast does a good job and is full of familiar faces. Luis Guzmán, Jaimie Alexander (THOR, 2011), Rodrigo Santoro (300 (2006), he played Xerxes! He’s so short!), and all give solid performances. Johnny Knoxville…is in the movie.
The bad guys do a decent job as well. Eduardo Noriega and Peter Storemare (MINORITY REPORT, (2002) give excellent, if over the top, performances. So good job to them.
So I’m not going to lay into any of the players, cause they just got paid to talk.
WHATS ACTION A GO GO…
This isn’t really an action movie, it’s more of an extreme action comedy. Whether it’s trying to be funny at certain times is hard to tell, but the movie certainly is laughable.
The end of the film has some intense moments and earns it’s hard R rating. Also, some parts are genuinely laugh out loud funny.
The biggest surprise here is Arnold. There are times in this film where he shows some subtle emotions and is truly acting here. We’re talking caring, touching moments. Also, it manages to play off his age, and you see it in his face. He looks like he’s legitimately having a hard time and it works.
But’s that’s where the good stuff ends.
WHATS ACTION A NO NO…
Oh, so much of this movie. I place the blame directly on the script and the directing.
You have Arnold, one of the most iconic icons in the business, and his best line is “I’m old!”. Really? And that just is one example of how weak this script was throughout. Cliche after cliche is thrown at the viewer and talent is wasted left and right. Forest Whitaker gives a great, commanding performance here, but why? It’s wasted on one interrogation scene and a lot of looking at computer monitors.
But the biggest complaints have to do with the direction of this film. Car chases are marked with haphazard filming that is made for T.V, not the big screen. Comedy is met with a fumbling simplicity. Beautiful scenery is zoomed by instead of savored. To my understanding this is Jee-woon Kim’s first American film and I am not looking forward to his next.
THE VERDICT
Even if you are a die hard action fan such as me I would recommend skipping this.
Arnold can do better. Hollywood can do better. I know, because I’ve seen what James Cameron, Paul Verhoeven, and John McTiernan have done with Arnold in front of the camera. Even Paul Michael Glaser got more out of Arnold with THE RUNNING MAN (1987)!
But even if you take Arnold out of the equation this just isn’t a good movie. The movie does manage to redeem itself towards the end, but by then this action fan just didn’t care.
So that’s it. This movie is not ACTION A GO GO approved.
Today is truly a said day….
P.S
But how bout we cheer ourselves up with our favorite tradition?
I don’t throw around the word “Perfect” a lot, but in this case….Jaimie Alexander might fit the bill…. 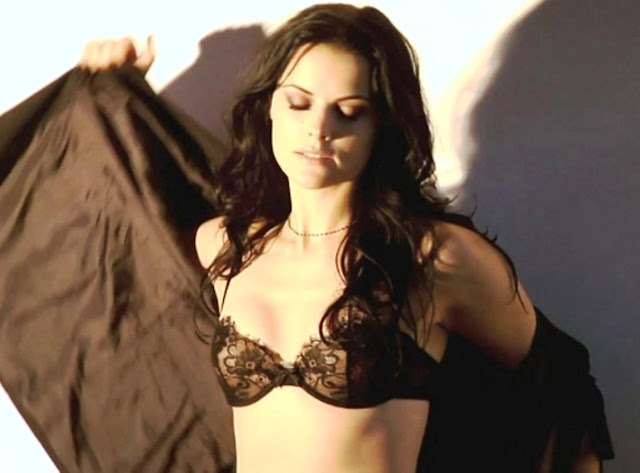 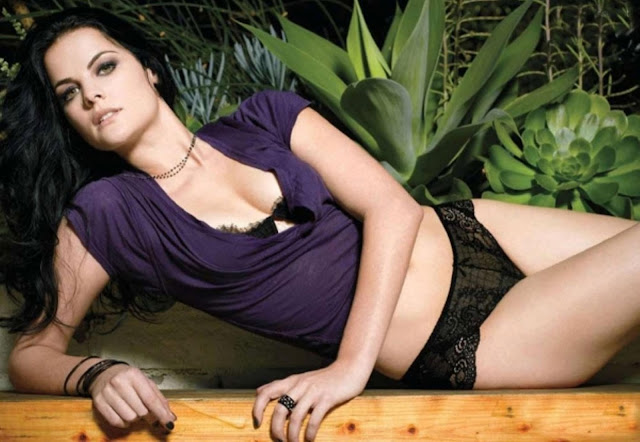 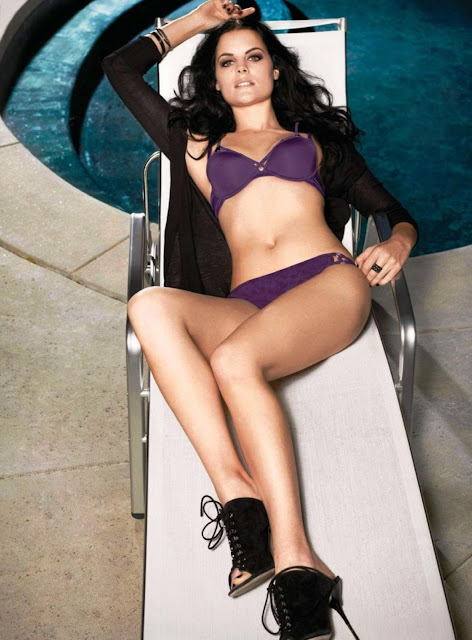 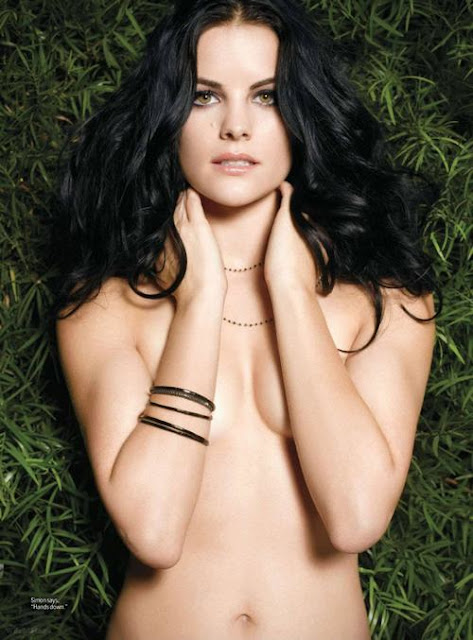 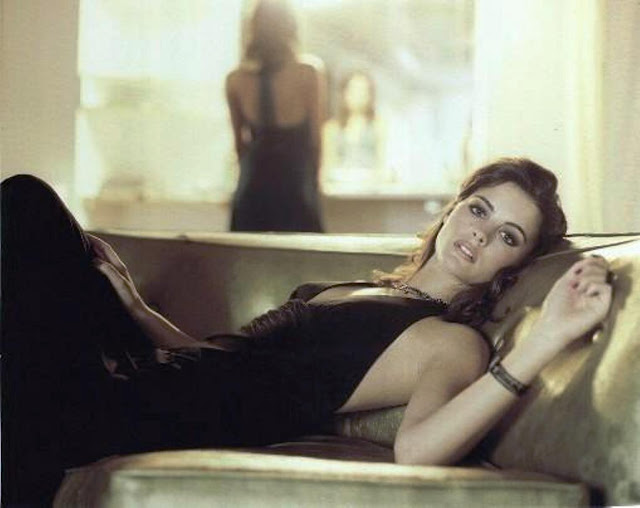