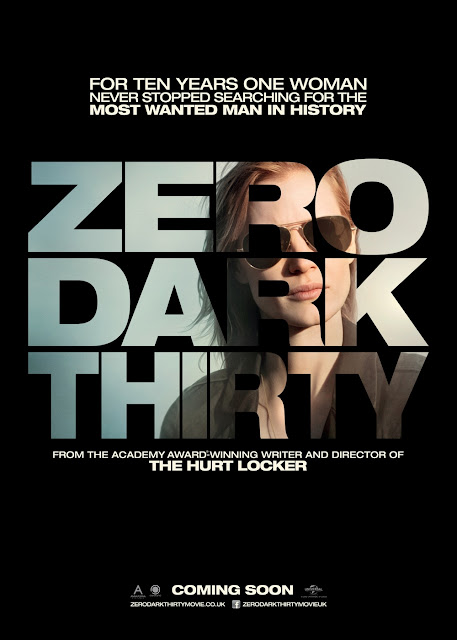 Nothing has affected the United States of America more in the past two decades than the attacks of Sept. 11th 2001. At the dawn of a new century our country was attached in the most brutal way possible and the consequences have reverberated through our society and the world ever since. You are reminded of this when ZERO DARK THIRTY begins and all you hear is a collection of recorded voices screaming, talking to loved ones, and begging for help. From that point on you are elbows deep in the hunt for one of the most notorious terrorists of our time.
The plot centers are a wicked smart CIA field agent named Maya, played by Jessica Chastain (LAWLESS 2012). Over the course of a decade we follow her through dead end after dead end until finally a big break emerges. Along the way we meet fellow CIA agent Dan (Jason Clarke, also in LAWLESS) who specializes in enhanced interrogation techniques. We get to know other field agents along the way as well as the CIA station chiefs and field operatives. Some are lost, others give up. Through all of this Maya perseveres until a decades worth of work pays off.  When she’s with the NAVY SEALS before the mission even they bend to her latent authority. Joel Edgerton and Chris Pratt play the SEALs well.
Instead of getting to know the team overall these two are focused on and provide us a window into just what these are about before, during, and immediately after the mission. The SEAL that has the kill shot is just a face in the crowd, as it should be.
Some performances stand out, like Mark Strong as George, a CIA higher up who struggled to convince the White House just how big this was. Kyle Chandler takes an excellent turn as Joseph Bradley.  Chris Pratt does an excellent job playing against type. Jason Clarke is menacing as Dan, and Jessica Chastain is a marvel to behold. But truth be told, all of the performances are sincere and show genuine craft.
The movies greatest achievement is that it has managed to do what an untold number of movies since 9/11 have tried to do. Let me explain. As recently as SAFE HOUSE (2012) “enhanced interrogation techniques” of the Bush era were shown as what some consider them to be. Torture. We also had ACT OF VALOR (2012), a love letter to the NAVY SEALS (as well as the video game series CALL OF DUTY) that got into the nitty gritty of how they operate. THE KINGDOM (2007), BODY OF LIES (2008), and TRAITOR (2008) are all movies that dealt with battling terrorists and the moral ambiguities that arise during the hunt. 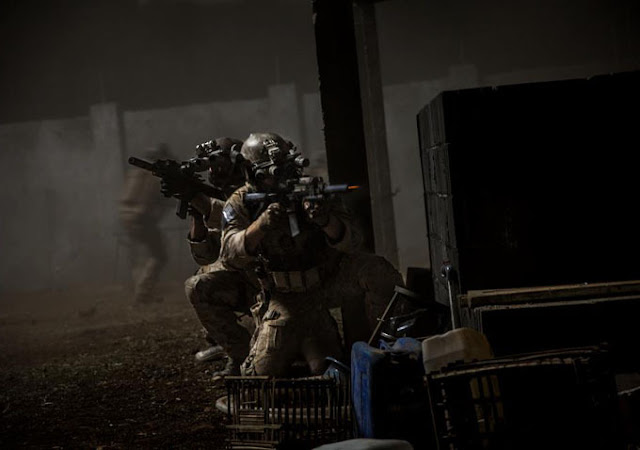 But ZERO DARK THIRTY manages to trump them all. And it’s not because it has the luxury of dealing with Osama Bin Laden head on. No, it’s because it steeps itself in the real work that goes into bringing these men down. We see agents sitting at desks pouring through books, files, and recordings. They’re spending time gathering info and putting the pieces together. They are getting inside the heads of these men, desperately trying to grasp at the only thing that matters in the intelligence field. That ever elusive thing called truth.
Moral questions and politics take a back seat while the hunt is on and the only consequence of failure is another deadly terrorist attach in this real spy world. 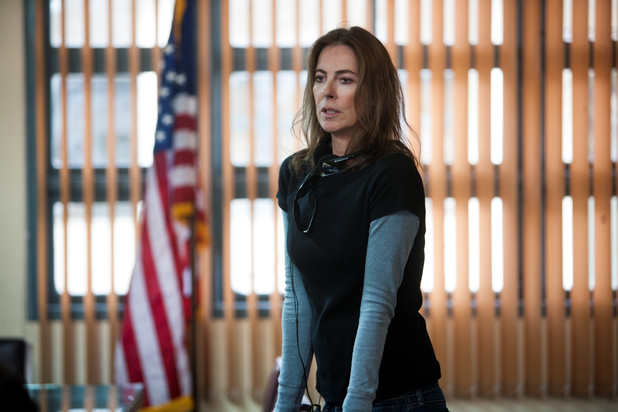 For Kathryn Bigelow this is a triumph and an affirmation of the incredible artist and director that she is. For what it’s worth, this is the best movie she has ever made, including THE HURT LOCKER (2008).
The writing of Mark Boal is also on point. He manages to pick highlights of the past ten years and weave them into a story that demands your attention. If this team doesn’t work together again it will be a shame, as they are seemingly unstoppable together.
Of course after all that praise I have to say the movie is not totally perfect. At the beginning of the movie it really is sink or swim. As in, you commit to this movie and put the pieces together yourself or you could get lost. In that sense there is a lack of focus in the actual story itself. Also, this movie is nearly entirely told from the perspective of the Maya and other operatives. It would have interesting to see something from the vantage point of Al Qaeda.  But if you could tell I am stretching things a bit.
This movie is amazing. Even more importantly, it felt like closure. I remember where I was when 9/11 happened. And I remember where I was when President Obama announced that we got Bin Laden in a raid in Pakistan. ZERO DARK THIRTY manages to connect those moments in time and put all the hard work, frustration, and desperation in focus.
For that, it is a triumph.

Go see it. It has been worth the wait. 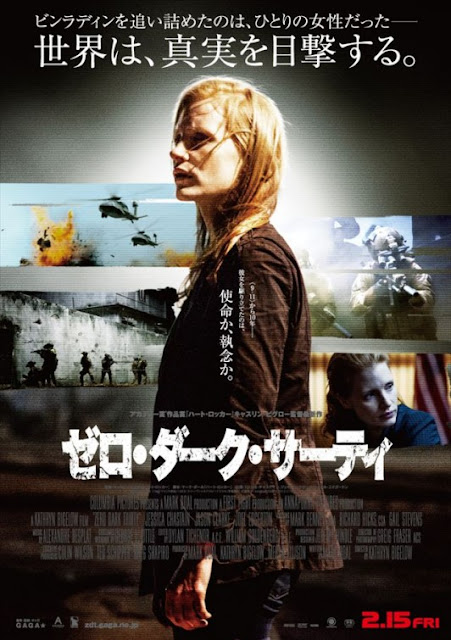