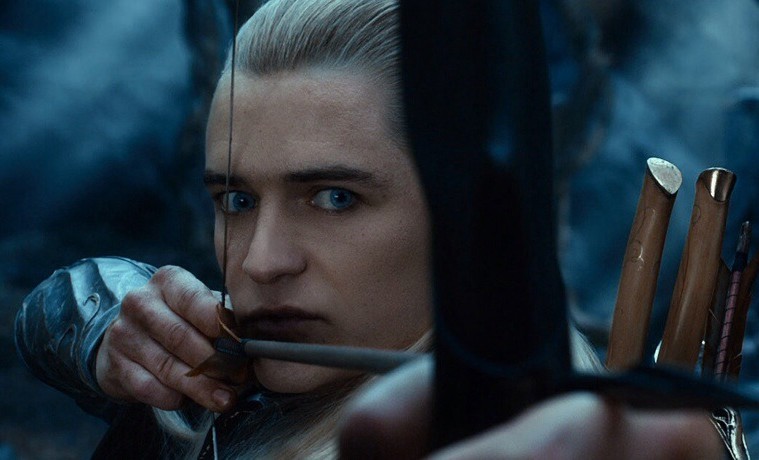 VIEWFINDER: A Review of “The Hobbit: The Desolation of Smaug”

Peter Jackson’s fifth and (presumably) penultimate outing into Middle Earth is significantly faster paced and more action-oriented than it’s immediate predecessor. Resulting in a stronger film than An Unexpected Journey in certain respects. Are there gripes to be had? Sure. But make no mistake: Desolation of Smaug is worth every penny of it’s ticket price.

After a brief prelude taking place months prior to An Unexpected Journey, Desolation jumps right in where we left off last year with the dwarves on a race to reach the Lonely Mountain before Durin’s Day, while simultaneously being hunted by the vengeful Orc commander: Azog “The Defiler”. From there on out, our band of diminutive heroes have run ins with prickly elves, scummy politicians and, finally, one heck of a massive dragon. If An Unexpected Journey was a friendly, ponderous stroll through the (relatively) agreeable parts of Middle Earth, Desolation is the polar opposite. After stumbling through an awkward opening ten minutes (featuring some surprisingly shoddy CGI-work), the film rights itself back on track and starts on a full blown sprint toward the Lonely Mountain, wherein lies the titular Smaug. Though perhaps rather too frantically paced, it seems appropriate that the second installment of this Hobbit trilogy pick up speed. While I personally enjoyed the patient pacing of the first Hobbit film, things need to really get rolling eventually, and in that respect, Desolation succeeds massively.

The signature stylistically violent mayhem of the Rings, merely hinted at in Unexpected Journey, returns full force here. Dwarves and elves alike, each with their own unique brand of combat, regularly engage in lengthy skirmishes with orcs, as well as some other unsavory monsters. Jackson manages to amp up the carnage while still leaning fully into the almost cartoony sensibility established in the first film. The return of Orlando Bloom as Legolas to the series, as well as new elf character; Tauriel, played by Evangeline Lilly, results in plethora of unpredictably, and deliciously, brutal Orc executions that not only challenge the best fight scenes Rings had to offer, but actually managing to outdo quite a few of them (after all, it isn’t every day you get to see an elf shoot two orcs through the head with a single arrow). One particularly thrilling sequence involves the Dwarven company fighting for their lives while flying down a river in wooden barrels, all the while being chased aggressively by both an Orc pack and Elven archers. The insanity that ensues is equal parts awe-inspiring and intentionally hysterical, Jackson is clearly deep in his element here; mixing unapologetically brutal slayings with dashes of entirely over-the-top humor. This sequence (not to knock any of the others) is an absolute blast to watch, and easily stands as one of the best action set pieces this year has had to offer (not to mention one of the best action sequences in the entire series, including Rings).

On the character front, we get to know our Dwarven heroes a bit better this time around. Our understanding of Thorin deepens significantly, and the seeds of his tragic story arc begin to sprout here. The criminally overlooked Richard Armitage steps up his game as Thorin in this film, playing the role with assured charisma and steely intensity. Kili (Aidan Turner) and Fili (Dean O’Gorman) also come to the forefront in this film, with Kili engaging in a cute romantic subplot with the aforementioned Tauriel. The cast MVP for this film actually came as a surprise to me; Ken Stott delivers a sweet and touchingly nuanced performance as Balin, the group’s most senior member. Both the writing of Balin’s character and the warmth of Stott’s performance provides the central narrative with a real soul to guide it. Gruff discussions about royal lineage, “family honor” and such can only be so engaging without a heart behind them, and Balin’s character rounds out that dynamic beautifully. Benedict Cumberbatch also finally gets to flex his not-so-figurative wings as the dragon Smaug. Smaug is a spectacular achievement, a marriage of beautiful character design, intense performance and clever writing, the titular beast does not disappoint when his time finally arrives in the film’s final act. As Bilbo, Martin Freeman makes excellent use of the material given him, appropriately homogeneous with Ian Holm’s version of the character while never coming across as a mere impression or superficial mimicry. Freeman’s comedic abilities are given more time to shine, as is his ability to portray a darker side to his character. In an entirely welcome departure from the source material, Bilbo’s possession of The Ring begins to affect his behavior, giving him a slightly colder and more brutal edge. Freeman brings a curious level of nuance to this new element of his character, faintly echoing the grotesquely corrosive effects that we know to accompany The Ring, as seen in Lord of the Rings.

Speaking of Lord of the Rings, Jackson and Co. have really taken it upon themselves to make these Hobbit films dramatically and thematically relevant predecessors to the original trilogy. Not only does the Necromancer subplot from Unexpected Journey continue to further develop, but it is also cleverly woven into the narrative of The Hobbit in ways that feel neither forced, nor infringe on the progression of the plot. Though these additions to the story are sure to be controversial, I feel they really do successfully work towards turning these six films into one unified narrative. There’s something to be said for exploring the previously unexplored in regards to character origins, and without spoiling what’s in the film, I can say that for likeminded long-term fans, one sequence in particular is sure to send some chills down your spine. Unless next year’s There and Back Again entirely fumbles the ball on this front, these two trilogies will together create the most dramatically cohesive long-form multi-part narrative in film history. A challenging goal that I think Mr. Jackson, along with screenwriters Fran Walsh and Phillipa Boyens, are entirely capable of achieving.

Desolation is hardly a perfect film though; it’s, at times, too high speed to adequately process what ever the heck is actually happening. Our dwarves seem to dart from one location to the next every three seconds with absolutely zero time to stop and smell the roses, which, given how brilliant the set and costume designs are in some of these places, is rather a bit of a shame. Desolation is the first film of the series to really have this problem, all preceding Middle Earth ventures really gave the audience time to soak it all in. While this is not a critical issue, it’s an element that long term fans may feel is a bit lacking. Another issue (though also relatively minor), in this film Azog sends his son Bolg in pursuit of our protagonists, while Azog himself seeks to defend the fortress of Dol Guldor from the inconvenient nosey-ness of Gandalf. The problem? Bolg is boring. Waaaay boring. Which would be forgivable, orcs in these films have never been known for their uniqueness of personality, except that he’s simply not that fun to watch either. His character design lacks the menace and personality of Azog’s or even Lurtz from Fellowship of the Ring, or Gothmog from Return of the King. He serves as an Azog placeholder and little more. Luckily his screen time is relatively minimal, so the gripe is minor. Bolg is only one of many villains in this film, thankfully, so the dramatic weight of the story doesn’t rest on his shoulders.

The Desolation of Smaug, though still not on the level of the original Lord of the Rings trilogy, still ranks amongst the best cinematic fantasy Hollywood has to offer, by far. It’s a rip-roaring, action-stuffed adventure through previously unseen parts of the most fully realized fantasy world in cinematic history, all brought to you by one of the most passionate film makers in the business. If that’s not enough reason to get your butt planted in a seat in an IMAX 3D theater this weekend, then I don’t know what is.