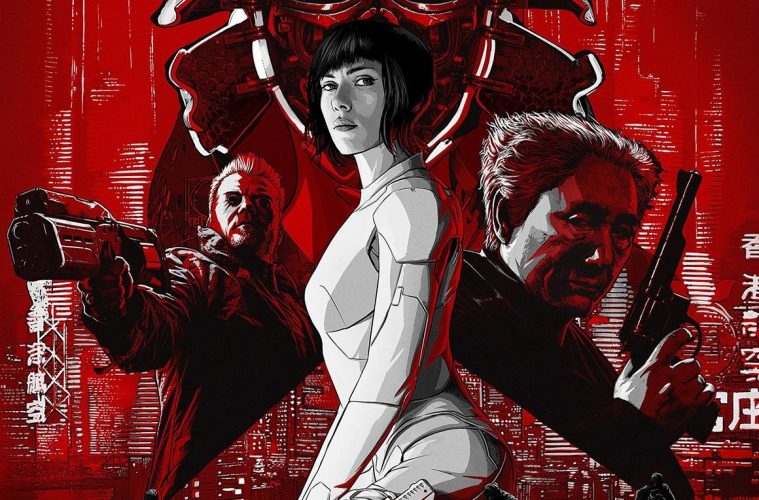 The American Ghost in the Shell remake has had a rough go at it these last few months. The Internet has dedicated many a “think piece” to the film, creating an ongoing argument about Hollywood’s misappropriation and overall narrow depictions of Asian cultures.

I’m not going to talk about that!

No. I’m here to ask if the movie is any good. Because, ultimately, I find it a bit unfair and exhausting to pre-judge something sight unseen. Also, Editor-in-Chief Derek Scarzella had some interesting thoughts on the larger debate back in 2016. It’s worth a read.

So. What about this 2017 live-action Ghost in the Shell? Well…

This movie has some pacing problems. Particularly, Ghost in the Shell just shoves its way through plot. Meanwhile, the overall energy of the film is kind of flat. The melancholy cast delivers exposition and insight into character with robotic detachment. Some of this is in step with the source material, but a lot of it feels like two different movies.

There are many reasons people consider Ghost in the Shell — the manga and the anime — a classic. One reason is that the story is quiet yet filled with explosive violence. Many of those quiet moments contain philosophies on humanity (is it just a concept or a physical state?). Other quiet moments are used to create tension before the action. One of the better examples of this comes from the anime (sorry, never read the manga). In that 1995 version, there is a pursuit sequence through “Port City” that really plays with expectations. Without giving too much away, the viewer is disoriented by the fact that the good guys seem to be stalking a character that has no idea that he’s a pawn for the bad guy. Moments leading up to the actual chase sequence are designed to screw with you — to make the audience sympathize with the pursued as it goes along. This causes you to anticipate the moment when the hunters and the hunted collide. You need clarity, which the anime doesn’t provide until the conclusion of the chase.

That experience doesn’t really exist in 2017’s Ghost in the Shell. That chase is definitely recreated for the live-action movie, but the original’s intent is kind of squandered. This “remake” is not particularly interested in building tension. Instead, it feels like it  just wants to execute as many familiar scenarios as it can before the 106-minute mark.

Beyond the violence and nudity, an R rating allows filmmakers to take greater narrative risks. This is something I’ve talked about in regards to Mad Max Fury Road, so I won’t dive too much into it here. The gist is that a PG-13 rating not only undercuts your story’s potential for sensationalism, it also limits what adult themes you can tackle.

The original  GitS anime is NOT RATED ( typical for films originally released internationally, at the time). It does, however, contain ferocious bits of violence and some nudity. It also contains musings on what defines a soul, far from simple concepts like metaphysical dualism (don’t ask me!), and examines what should be considered punishable by law. This PG-13 remake, on the other hand, introduces these ideas yet can’t expound on them. And when it does it feels like those ideas really only exist to advance the plot. Not surprisingly, 2017’s GitS clings too closely to typical Hollywood storytelling models — the attitude that momentum is most important. Which is a shame because this is exactly the type of story that is improved by discussing its themes. It’s what made the original stand out in the first place.

4. There is no substitute for animation.

To me, at the end of the day, there is still no live-action substitute for animation — hand-drawn animation, in particular. While the folks at WETA go above and beyond the call of duty to recreate the world of GitS creator Masamune Shirow and Production IG, there is something to be said for how absolutely mesmerizing the 1995 adaptation of Ghost in the Shell remains. It’s one of the few times that the uncanny valley works to a stories advantage, sustaining an eerie calm that still captivates.

Animation provides endless possibilities. Not just in terms of action. It also allows the storyteller’s imagination to run free. Simultaneously, it shatters a viewer’s expectations of what is possible. Put simply, live-action is a step back from animation. And 2017’s Ghost in the Shell — despite all its craftsmanship and reverence for the source — is proof of that.