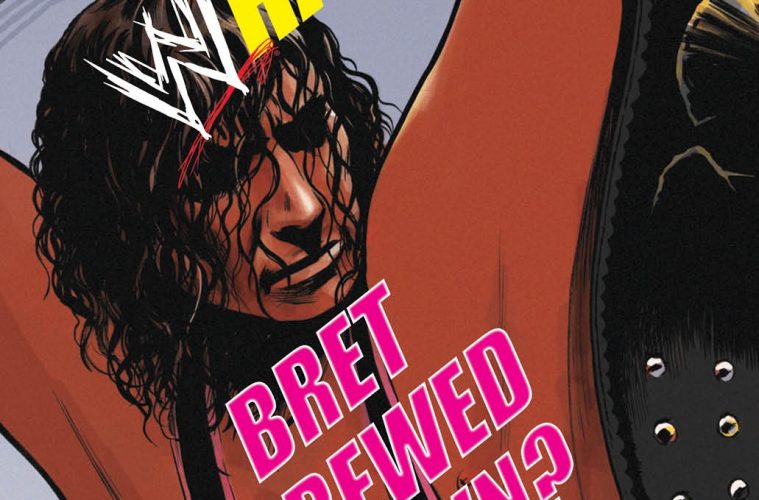 BOOM! Studios and WWE are excited to announce the WWE SURVIVOR SERIES 2017 SPECIAL, arriving in stores November of 2017 and featuring some of the biggest WWE Superstars in history! With stories by writers Kevin Panetta (Zodiac Starforce), Ryan Ferrier (Kong on the Planet of the Apes), and Julian May (Saga of Pilocene Exile), and featuring art from Brooklyn Allen (Lumberjanes), Kendall Goode (The Doorman), and Kelly Williams (The Cabinet), this special celebrates one of the most beloved annual pop culture events with untold stories from the world of sports entertainment.

“Anyone who’s familiar with Survivor Series knows it’s chock-full of firsts,” says BOOM! Studios Editor Jasmine Amiri. “Survivor Series is where The Rock and Undertaker both debuted. It is where The Shield first arrived. And of course, it’s where the Gobbledy Gooker first flew into our hearts. Continuing that tradition, we’ll be debuting our first Survivor Series special this year and loading it up with epic matches and stories throughout WWE history.” 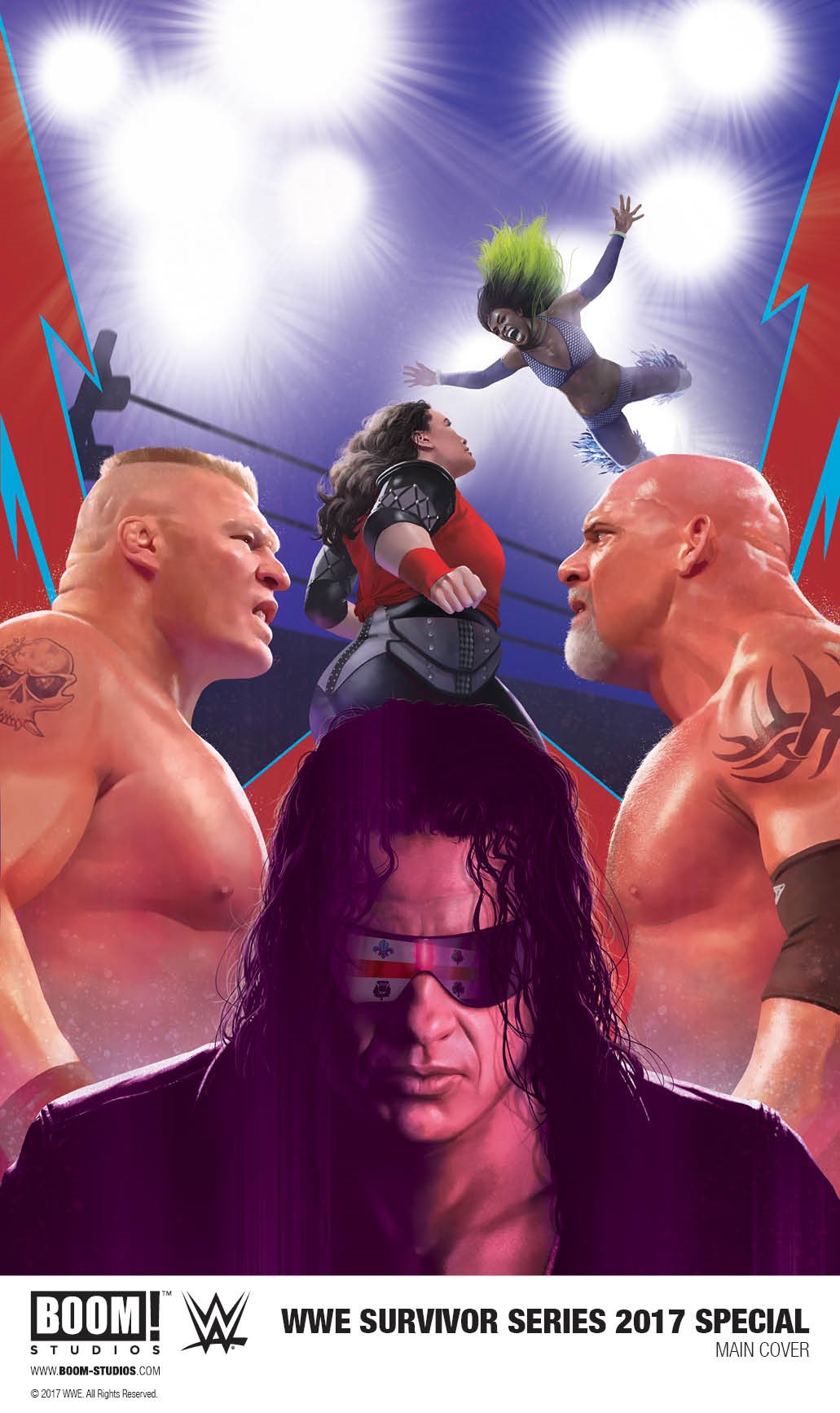 WWE SURVIVOR SERIES 2017 SPECIAL is an oversized, stand-alone issue that features several short stories tied to key matches from the storied history of WWE, including the Brock Lesnar and Goldberg showdown in 2016 that was 12 years in the making; the 2016 Team Raw vs. Team Smackdown Women’s Elimination match; and perhaps the most controversial (and infamous) match in WWE history—1997’s Montreal Screwjob.

The main cover for WWE SURVIVOR SERIES 2017 SPECIAL is illustrated by Rahzzah (WWE), with a special “Montreal Screwjob” WWE What If? variant cover by Jim Rugg (Street Angel).

Print copies of WWE SURVIVOR SERIES 2017 SPECIAL will be available for sale at local comic book shops (use comicshoplocator.com to find the nearest one) or at the BOOM! Studios webstore in November. Digital copies can be purchased from content providers including comiXology, iBooks, Google Books, and the BOOM! Studios app. 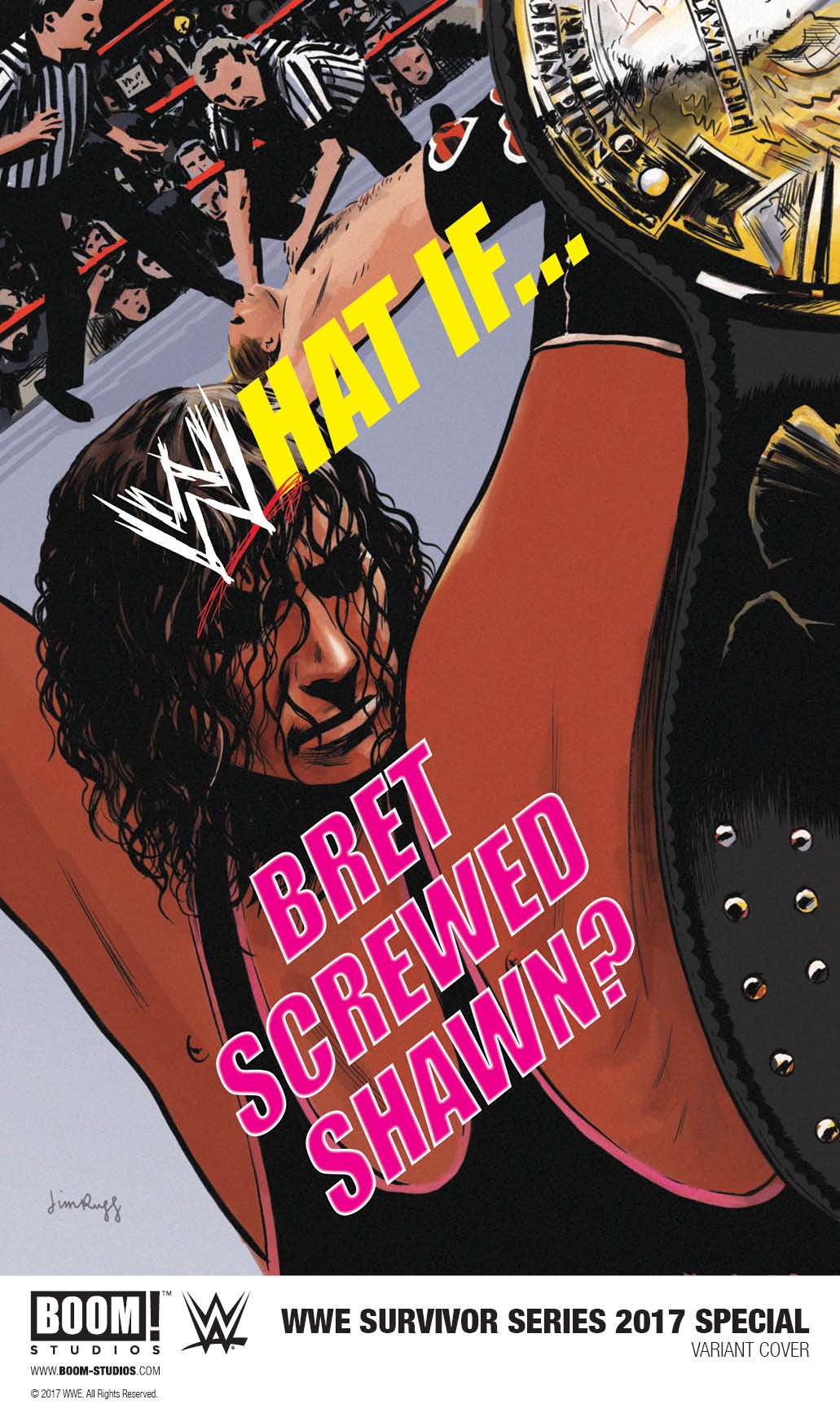 BOOM! Studios launched its WWE comic book line in November 2016 with the WWE: Then. Now. Forever. Special, followed by the debut of the ongoing WWE comic series in January 2017. In addition, the WWE WrestleMania 2017 Special was released in March 2017, followed by the recent debuts of WWE Vol. 1 Redesign. Rebuild. Reclaim. (collecting WWE: Then. Now. Forever. and WWE #1-4) and the WWE SummerSlam 2017 Special.

Celebrating its 30th anniversary, WWE Survivor Series 2017 will be held at the Toyota Center in Houston, Texas on Sunday, November 19. Along with WrestleMania, SummerSlam, and Royal Rumble, Survivor Series is one of WWE’s original “Big Four” pay-per-view events. For ticket information, visit wwe.com.

For news on WWE SURVIVOR SERIES 2017 SPECIAL and more from BOOM! Studios, stay tuned to www.boom-studios.com and follow @boomstudios on Twitter.