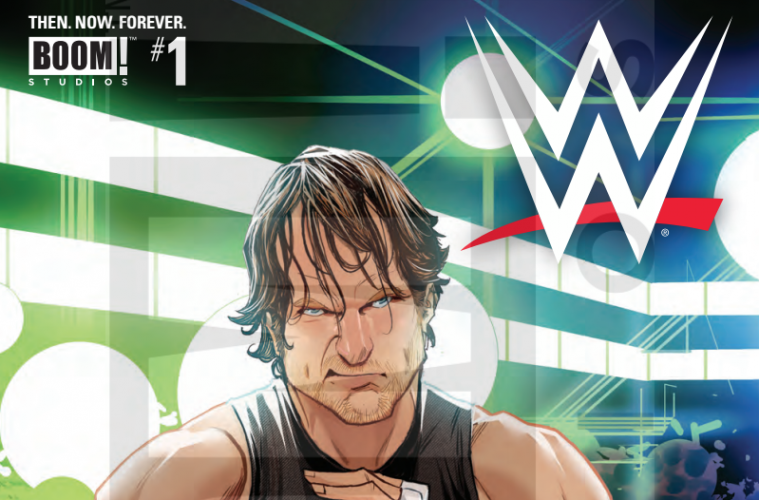 BOOM Comics is slowly becoming a favorite of mine, and I don’t even read comics. The in-progress Mighty Morphin’ Power Rangers comic is amazing, and now they are ready to tackle the land of the carnies with WWE #1 which drops at the beginning of the year. I was able to charm my way into a little prelude to the madness (word to Randy Savage), getting my hands on a 46 page anthology featuring the various exploits of our favorite WWE Superstars (maybe some of them are our not so favorites) and I am excited for the first edition to hit the stores. 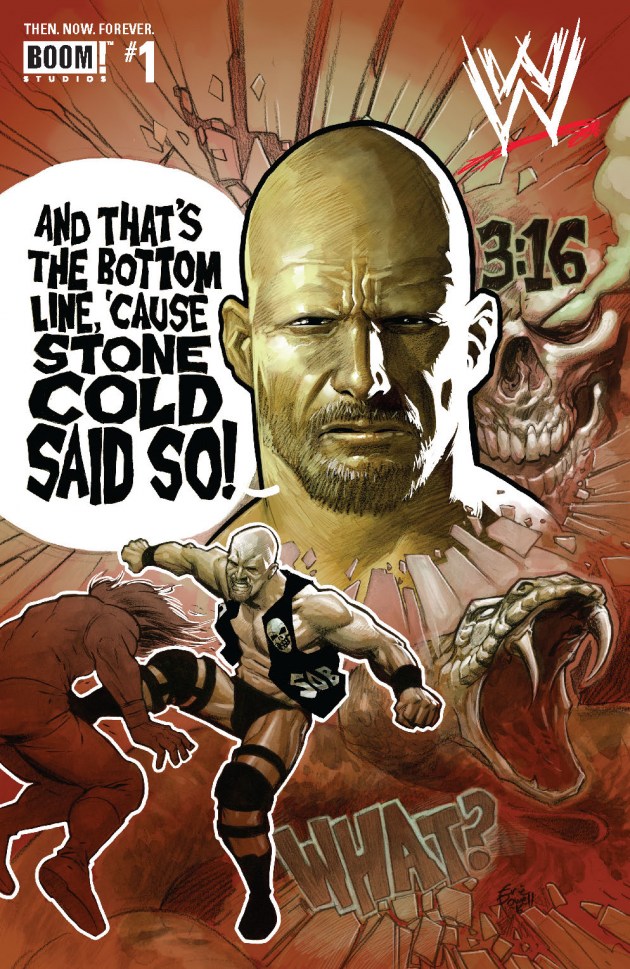 Of course, it wouldn’t be me talking about WWE without shitting all over it. I’ll try to be gentle though, but BOOM! is doing the WWE better than the WWE and here’s why.

1. They got background, context, motivation, storyline, plot, YOU NAME IT!!!

Never mind the month old pop culture reference. BOOM! Comics has managed to craft convincing stories where you want to see what happens next, some in just one page. I was just saying that if I missed five months of WWE television, I could watch an episode of RAW in May 2017 and know exactly where they are, because they are nowhere. Judging by the first story in this edition, the events leading up to the legendary breakup of the Shield, this is must see reading. You get a feel of the brotherhood that Seth Rollins shockingly destroyed and I hope that later editions further explore Seth Rollins’ motivations for wanting to be the best and exactly how Triple H seduced him to dark side to be made into the Authority’s chicken shit heel. 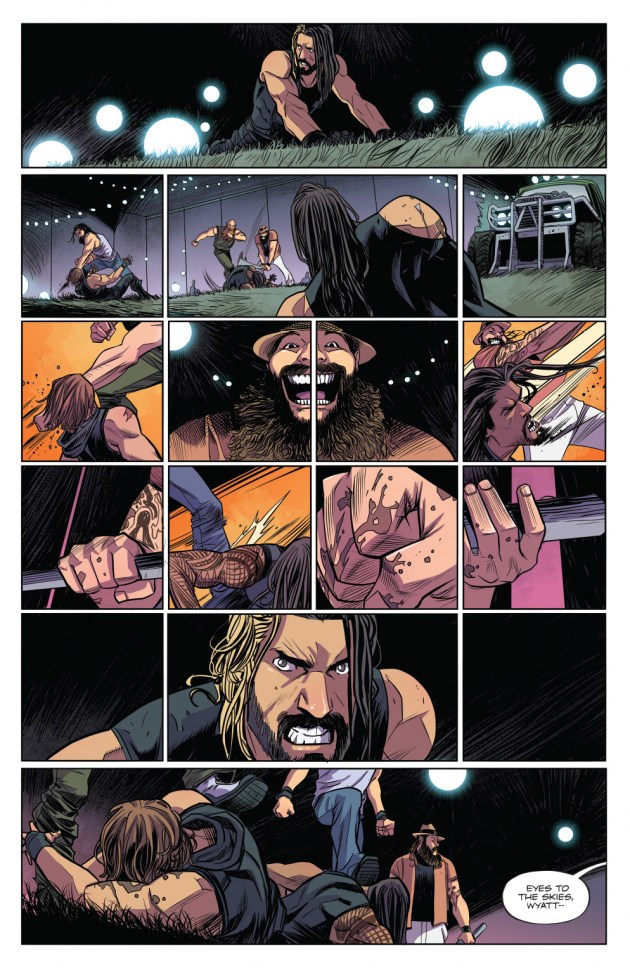 Duh, most comics are colorful. However, this comic is more colorful than WWE television is right now. The characters are more alive, and the art style captures an essence that the WWE is missing right at this moment in time. If none of this makes sense, just think of it as this comic, in particular the one pagers featuring Stone Cold, the Rock, Taker, Trips and Sasha Banks, captures what made wrestling magical. This comic is magical. 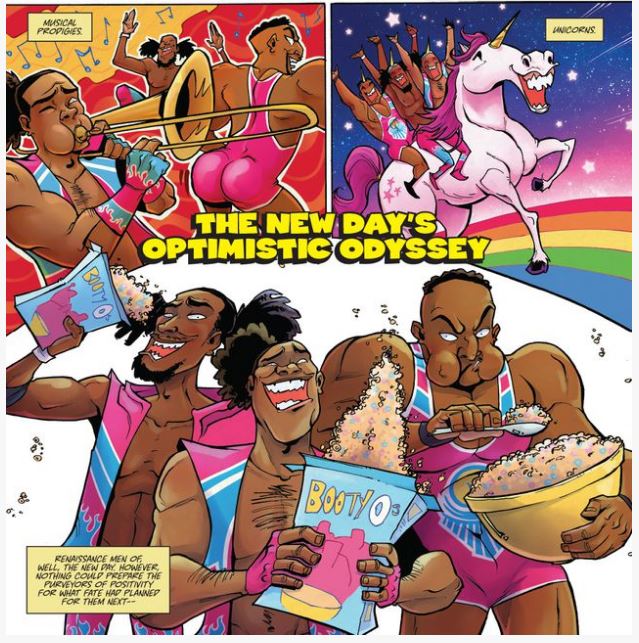 They could do a whole series where New Day travels back in time. Just do it. Granted, there may be certain eras that the New Day won’t be safe in, but since it’s a comic book and a relatively PG one at that, I don’t envision the New Day getting chased down by dudes in hoods.

You mean to tell me that Dean, Seth and Roman hang out together, cook steaks and eat potato salad on top of the equipment truck and don’t address each other by their real names? Meanwhile, the WWE constantly reminds us that Roman Reigns is just Joe Anoaʻi in a vest. 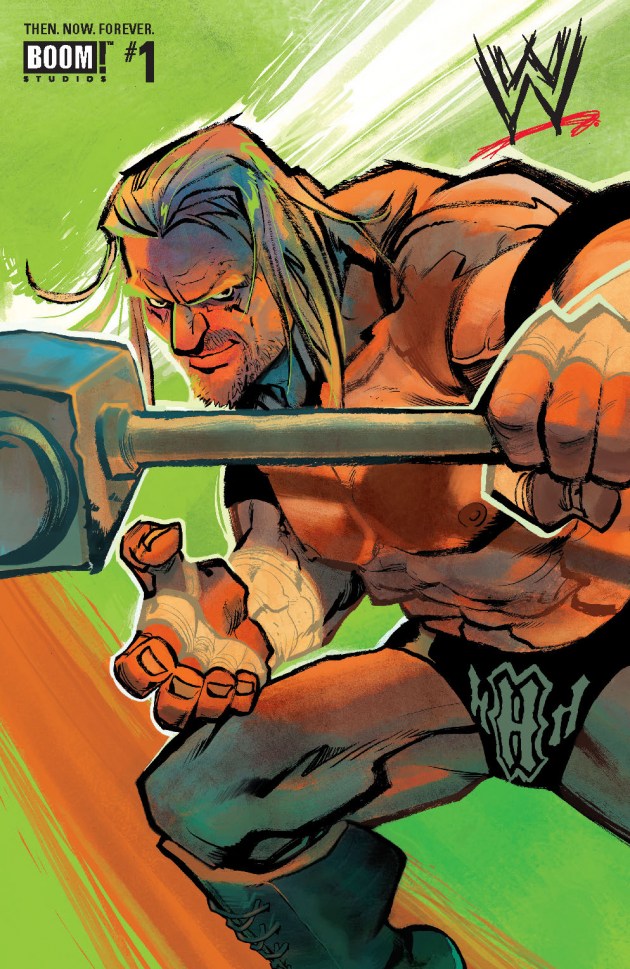 5. They’re booking the comic like Russo booked RAW in 98

Even Tugboat aka Shockmaster (look that up if you haven’t, and shame on you for not seeing it) got a couple of panels to shine. I can name a handful of people I haven’t seen on the USA Network in weeks. Five hours of television a week and I still gotta crank start my PS3 to watch people on Main Event and Superstars. I mean, if I wanted to.

Be on the lookout for WWE #1, available for purchase in January 2017.