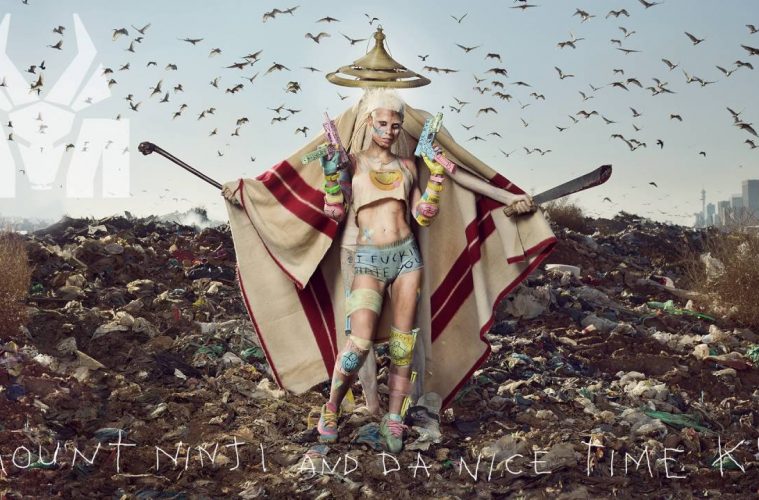 DIE ANTWOORD’S NEW SHOW IS APE SHIT…AND WE LOVE IT FOR THAT REASON!

I want to call Die Antwoord’s upcoming TV show avant-garde, but that would make it sound like some pretentious show piece. Which is exactly the type of thing that the Cape Town electro act would reject. So fuck it. I’m not going there. Instead, I’ll call it exactly what it is: Weird as hell and disinterested in what you try to frame it as.

The following teaser for Die Antwoord’s SOUTH AFRICAN NINJA program (?!) was unleashed on an unsuspecting Internet late July. It’s rife with phallic symbolism, blood spurts, boobs, and all sorts of disturbing imagery. If you want to be aroused and confused all at once then clickity-click below. More info after the weirdness.

As for when SOUTH AFRICAN NINJA will air…your guess is as good as mine. True to form, Die Antwoord is leaving us all in the dark. Only really offering up that it ties into their upcoming “final” album THE BOOK OF ZEF, and that all their music videos from the last 7 years have been leading up to it.

Who is brave enough to broadcast such a show? I’m thinking it might be more along the lines of director Neil Blomkamp’s Oats Studio. Especially since he’s worked with Die Antwoord before on the criminally underrated CHAPPIE. But only time will tell, you fucking psycho!