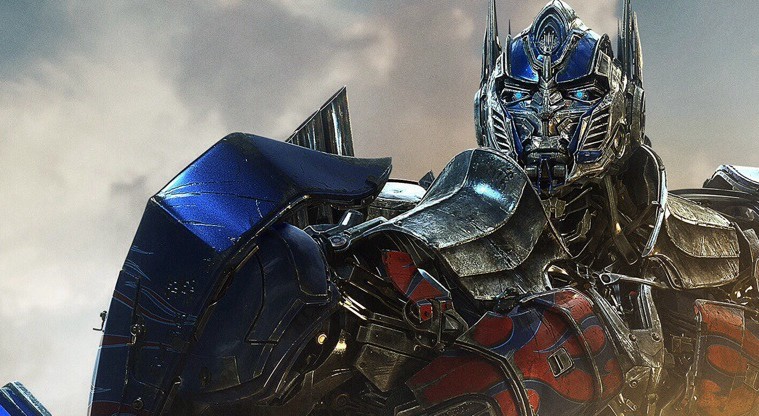 VIEWFINDER: A Review of “Transformers: Age of Extinction”

Michael Bay’s latest entry in the Transformers franchise, while an impressive feat of pyrotechnics, can’t shake the feeling as if it’s director is running on fumes.

Mark Wahlberg takes the leading seat this time, playing a down-on-his-luck inventor, awkwardly named Cade Yaeger. He lives on a farm with his teenage daughter, Tessa, played by Nicola Peltz, and works on inventions in his barn with his assistant, played by TJ Miller. The first thirty or so minutes of the film are spent with these characters, rebooting the human element of the Transformers franchise. This introduction and early development features some of the film’s strongest moments, largely due to a feeling of legitimate effort on Michael Bay’s part to create characters that, while neither well-rounded or particularly likable, would still leave some kind of impression on the audience. It isn’t until the introduction of Tessa’s race-car driver boyfriend, Shane, played by Jack Reynor, that the film starts to lose it’s way in the character department, and, ultimately, the overarching narrative.

Shane’s character represents everything wrong with Transformers: Age of Extinction, a sour taste that more or less envelops the movie by the time the credits role. Shane’s character is directionless and purposeless, he exists to complete a checklist, to fulfill a quota: young, hot, white male, beyond which he is absolutely meaningless. The characters lack of tho table traits open the floodgates for any kind of behavior, none of which is ever “out of character” as there was no character to be had in the first place. One second he’s determined and cool, the next he’s acting like a complete ass to Mark Wahlberg for seemingly no reason, and the next he’s a cowering wuss. There’s zero consistency to him, and yet, for all his odd antics, he ultimately leaves no impression. This can be said of almost all of Age of Extinction‘s final act. Robots show up and fight for what seems like hours on end, there’s excessively lengthy slow-motion shots of people screaming, there are even fire-breathing, transforming dinosaurs, as promised by the marketing team. And yet, none of it manages to feel driven or meaningful, it’s all stuff that just sort of “occurs”.

The blame for this falls on two different problems. First of all: Michael Bay’s insistence on repeating formula. Once Bay finds his comfort zone he stays in it, and by the fourth film in this series, the familiarity has become rote rather than comforting. The imagery of large urban area exploding while civilians run for the hills, which was jaw-droppingly spectacular only one film ago feels tired and played out in Age of Extinction. Some visual variation alone may have been enough to keep the film on the involving side of things, but Bay religiously sticks to the beaten path in color palette, shooting style and pacing.

This particular weakness could possibly have been manageable if it weren’t for the second issue, which is length. I am a long movie person. I love movies that can transport me to a world and hold that for three solid hours. But Transformers: Age of Extinction is looooong. Way, way too long. Clocking in at two hours and forty-five minutes, Extinction has the longest runtime of any Transformers film to date, which is interesting given that it has the least amount of actual plot of any of the series entries. That isn’t to say the plot isn’t serviceable, it is. It’s just hyper-simplistic. To make matters worse, the film’s pacing tracks with its plot competently for the first half, and then stretches the remaining plotting, of which there is almost none, thin over it’s entire second half. The result is a final act that is an unfocused haze of lazy exposition, explosions and loud noises. Midway through these scenes of endless destruction, I took a moment to try to reorient myself and recall exactly what this movie was about, which, I couldn’t. The plot, what little there was left, was entirely consumed by Michael Bay’s explosive fetishism.

It’s not all bad though. Out of all the sequels, Age of Extinction occasionally offers up the clearest vision of what a Transformers film should be, even if it doesn’t live up to its promise. The Autobot protagonists are more colorful and recognizable this time around. The voice actors are given much more freedom to really own their robotic roles. John Goodman in particular as the robust explosives specialist, Hound, really has a lot of fun with instilling a sense of life and personality into his Autobot. Extinction marks an improvement in the visual design of the Autobots as well. The Transformer designs are smoother and sleeker. Their faces in particular have more discernible features, allowing for a much larger range of expression than in previous entries. It hints at a version of Transformers where the robotic characters take center stage instead to the humans and would be all the better for it.

In the grand scheme of things, Age of Extinction is slightly below average as far as Transformers films go. It never reaches the abysmal depths of the second entry, Revenge of the Fallen, but it also lacks the spark of the original film and 2011’s Dark of the Moon. It’s not a film that I can legitimately call “good”, in fact, I would very much call it “bad”, but it does deliver on what it promises, the reason audiences buy tickets for these things: giant robot carnage. It’s a bad film that’s fun on occasion. It shows just enough to suggest that there’s still enough Transformers story potential left to make a really bangin’ film one of these days, but it also shows more than enough to suggest that Michael Bay doesn’t have enough gas left in his chamber to be the man to actually make that film. Hopefully we can get a fresher, more inspired director for this franchise’s next entry, because, let’s be honest, Transformers 5 is just around the corner.