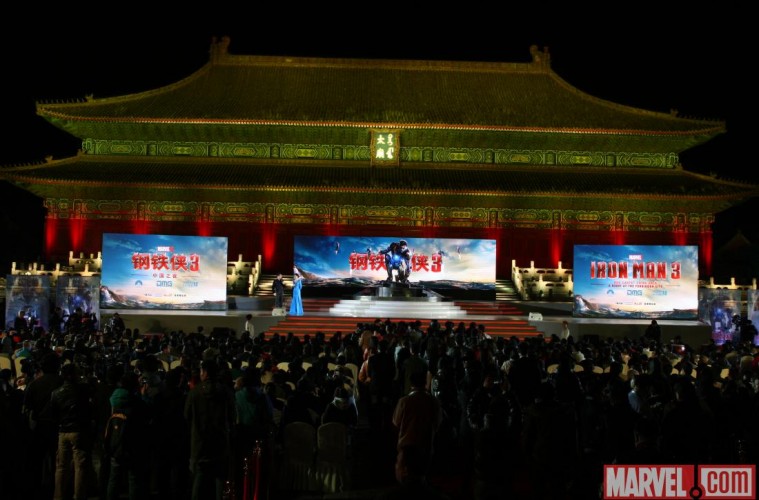 My Grandpa was a salesman. And a good one. He made his money talking, and was a great conversationalist. He is retired now, but everyone still loves him. But when it came to conversations about politics and religion he always got quiet. I asked him why, and he told me he “stayed away” from them. Of course I pushed further, and he told me “Those are arguments that can’t be won. So don’t fight them.”

I thought my Grandpa was just being foolish, but being responsible for Action A Go Go’s social media accounts I have seen my fair share of arguments going back on forth on the internet. Over the past half decade, controversies in entertainment have been a non-stop comedy of errors, ranging from the type of shirts scientist wear to how a character named Spider-Woman poses on the cover of her own comic book. Most recently the phenomena of whitewashing has been under the microscope, with Tilda Swinton being cast as “The Ancient One” in the Doctor Strange film and Scarlett Johansson being cast as “The Major” in the upcoming Hollywood version of Ghost In The Shell. Both characters were of Asian decent in their respective source materials, the former being a Marvel comic, the later being a manga and movie of Japanese origin. Both were replaced by white women. 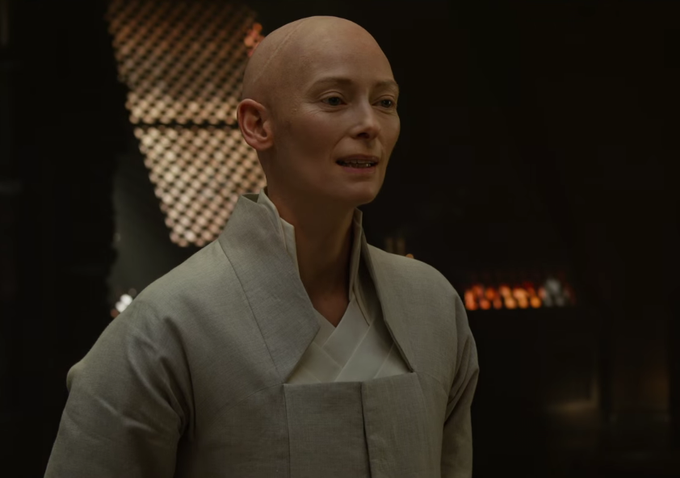 Tilda Swinton as “The Ancient One”

Of these two incidents I find the Ancient One’s casting to be the most interesting, but not for the most obvious reasons. Originally the character was a Tibetan man. For years he was nothing more than a footnote in comic history, occasionally bandied about to retell the story of Dr. Strange. Now, the character has been changed to be of Celtic descent. The reasons? To please the Chinese market, or at least “not offend” them. That comes straight for the movies screenwriter himself, C. Robert Cargill. For those of you unfamiliar, China invaded the nation of Tibet in the 1950s and has claimed it as its own since, refusing to recognize any sovereignty over itself as a nation or the authority of its Buddhist leader, the Dalai Lama. His exact quote is:

“The Ancient One was a racist stereotype who comes from a region of the world that is in a very weird political place. He originates from Tibet, so if you acknowledge that Tibet is a place and that he’s Tibetan, you risk alienating one billion people who think that that’s bulls**t and risk the Chinese government going, ‘Hey, you know one of the biggest film-watching countries in the world? We’re not going to show your movie because you decided to get political.’ If we decide to go the other way and cater to China in particular and have him be in Tibet… if you think it’s a good idea to cast a Chinese actress as a Tibetan character, you are out of your damn fool mind and have no idea what the f**k you’re talking about.” Quote from Cargill via from Screen Rant, full interview provided at the end of the article.

To me this is the most fascinating part of this episode because it wasn’t too long ago that Hollywood was churning out movies about just this subject. Movies like Seven Years in Tibet (1997), starring Brad Pitt and directed by Jean-Jacques Annaud, were about the Dalai Lama and the Chinese invasion that took over the country. There were others like Kundun (1997) — directed by Martin Scorsese — that were directly about the Dalai Lama himself. 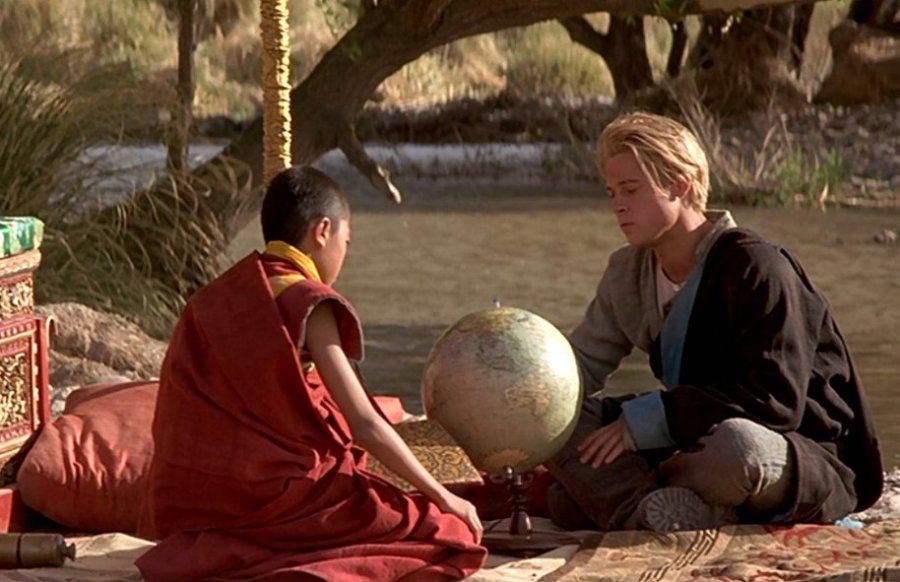 Brad Pitt in the film Seven Years In Tibet

Films like these were part of a wave of fasciation with Asian cultures that took place in the 90’s. They were also pushing a political agenda by showing the world what was going on in China, which was motivated by the Free Tibet Movement. Richard Gere was the most vocal star in Hollywood to support this movement, as he is a practicing Buddhist and has worked with various charities that include Tibetan awareness as well as HIV/AIDS prevention. He has even gone so far as to host the Dalai Lama on numerous occasions. 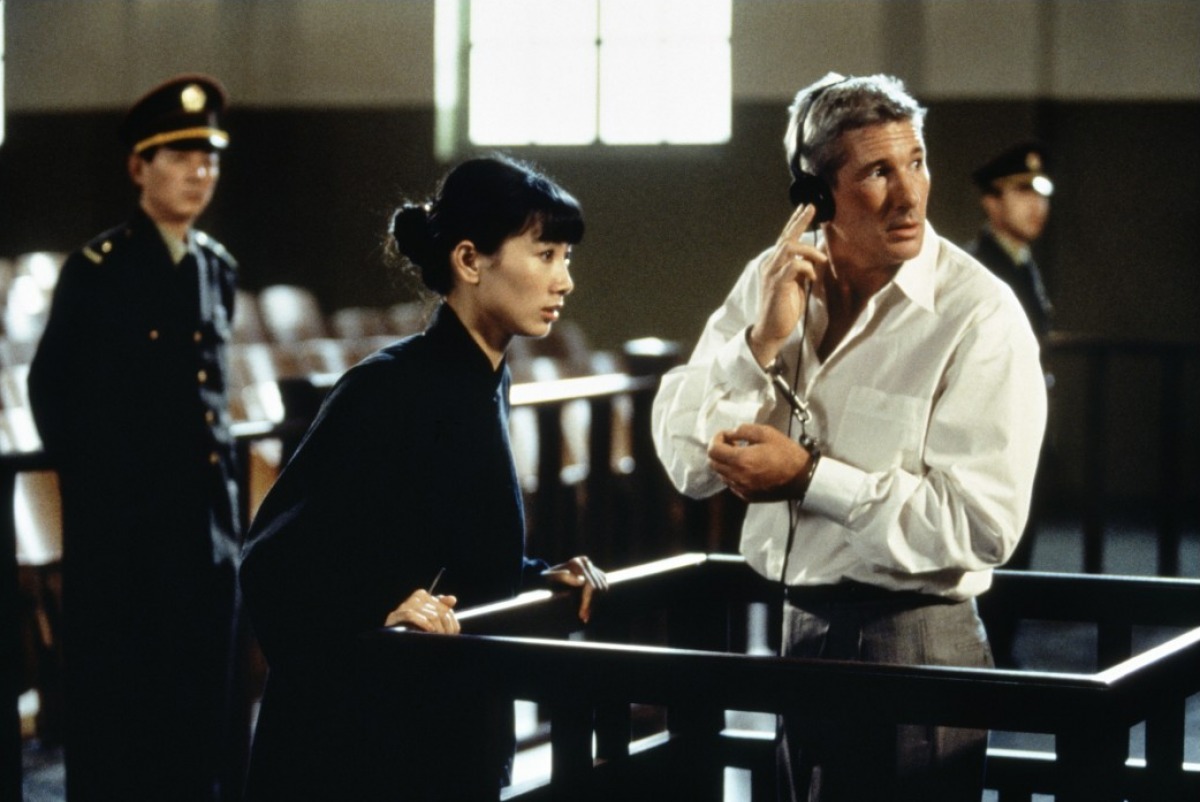 Gere also starred in one of the most critical films of mainland China to date, Red Corner (1997). The movie is about an American business man (Gere) who gets framed for murder and is trapped in the Chinese criminal justice system. Along the way it touches on China’s human rights violations and the harsh treatment one is exposed to when in this system. It’s also a fairly good film on its own.

Of course, these movies were made in 1997. This was also the year that Hong Kong was only just going to be given back to China after its 99 year lease to Great Britain expired. Oh, and China wasn’t the economic super power it is today. Back then, the idea of China’s (as well as other countries) economic potential was already being discussed. In the meantime, it was a convenient target for a Hollywood living in a world where our old communist enemy, Soviet Russia, had collapsed.

Flash forward 20 years and movies like Red Corner would be unthinkable because of the political and financial ramifications. Hypothetically, even if a pseudo “Red Corner” came out, the studio that made the movie could be punished by having its other non-political movies blocked as well. Or worse, as was the case with the movie The Interview (2014), all hell could break loose. The movie was about two bumbling interviewers (played by James Franco and Seth Rogen) who are tasked with assassinating Kim Jong Un, the leader of North Korea. Depending on who you ask, the REAL North Korea lashed out by cyber attacking Sony pictures, who made the film, and released personal info of their employees. This lead to identity theft, embarrassment, and loss of employment. So real people suffered very real consequences for making a very fake (if amusing) movie.

And then there is the simple matter of money. China is doing heavy lifting in terms of overseas box office, saving films that bomb or do mediocre box office in the United States. The Expendables 3 is one example. Pacific Rim is another. That’s not to say those movies weren’t good in the first place, but it shows just how powerful that market has become when it can save movies that are doomed in the west.

The one thing that is clear is that these problems are going to get worse before they get better, as the international market is here to stay, as well as our interconnected economies. Which, in and of itself, is not a bad thing. The side effect, however, is that we’ll see more of what Marvel and Disney are doing right now. They will play it safe, hiding behind imaginary creatures and made up places and slice out the inconvenient bits as necessary.

I guess my Grandpa was right. Arguments over religion and politics can’t be won. If you want to make money, don’t fight them.