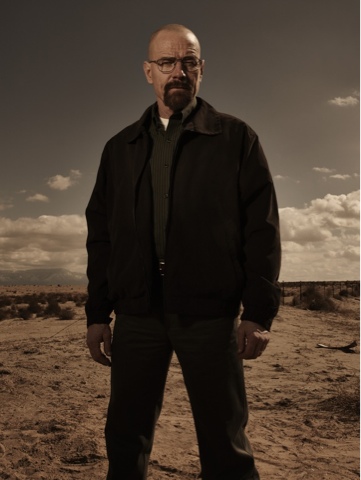 WARNING: SPOILERS
And to hell it most certainly went.
And now, we’re in the final stretch. The pieces are in place and the game is set to go. The last few seasons of Breaking Bad have generally fit into the same vague format: each season begins calm enough, Walter living in relative security in comparison to his state in the previous season finale. And then things begin to unravel, the situation he is in starts to wriggle it’s way out of his control; Jane’s opposition in season 2, the threat of replacement in season 3, the murderous intent of Gus in season 4. The building friction of each situation results in an explosion that furthers the goals of Walt but always takes a serious toll on his soul, and Jesse’s for that matter. And finally, as we near the end, the conflict that has been building since the show began is coming to it’s breaking point, the fabric holding Hank at bay is finally tearing at the seams. The looming, ultimate threat to Walt’s goals has finally become an unavoidable reality, and, as always, it’s up to him to find a solution. But at what cost exactly? Because in Breaking Bad, there are always consequences, and seeing as this is the final season, the consequences are sure to be catastrophic.
Buried picks up right where we left off last week, in the wake of the long-awaited showdown between Walter and Hank. Each man is now in a state of desperation as their world has been shaken, and each is trying to contain the situation and bend things in their favor. In a mad rush to get something concrete to pin Walter with, Hank mistakenly guns for Skyler in hopes of getting her testimony in the case against her husband. He foolishly lays out all his cards, underestimating her loyalty to her husband and her instinct for self-preservation and the preservation of her family. When Skyler refuses his blunt and desperate rush for information, he turns to his wife to help him coax information out of her, to no avail. By the end of the episode, we have two different couples going head to head, each member with their own motivations: Hank wants Walter’s head, Marie wants vengeance for her husband’s suffering, Skyler wants her family safe (as well as all of the money), and Walter wants to protect his legacy.
In a scene that exemplifies the sort of grayness of character that Breaking Bad so excels at, Vince Gilligan and Co. manage to muster some sympathy out of the again cancer-ridden Walter. Rendered incapacitated due to his recurring illness, he mumbles out his desire for Skyler to protect the money, which is effectively his legacy, for the sake of their children, and grandchildren. “Please don’t let me have done all this for nothing” he murmurs, weakly. I would be lying if I said that I didn’t feel a pang of sorrow for Walter. For the first time in three seasons, I actually felt sorry for the man who, not two episodes ago, effectively ordered a hit which ended the lives of eight men for the sake of self preservation. It’s yet another testament to the abilities of Vince Gilligan and his writing staff, who have created characters so multi-dimensional and fully realized, that at no point, no matter what heinous acts they have committed, are they ever beyond the audience’s sympathy. Another brief scene between Walt and Saul sheds a bit of light onto Walt’s priorities. When discussing how to best handle Hank’s recent revelation Saul tentatively suggests that it may be prudent to “send Hank to Belize”, in the same way that they sent Mike there not too long ago.  Walt reacts with disgust on the grounds that Hank is family, therefor killing him is out of the question, “What’s wrong with you?” he growls, before off-handedly commenting that he’ll “send (Saul) to Belize”. The scene is almost played for laughs, but it’s oddly revealing of Walt’s convoluted priorities and twisted sense of morality. Murdering Mike? No problem. Poisoning a child? Doesn’t bat an eye. Ordering the execution of eight men? Sure, why not? Killing a brother-in-law whose poised to imprison him? Completely absurd. 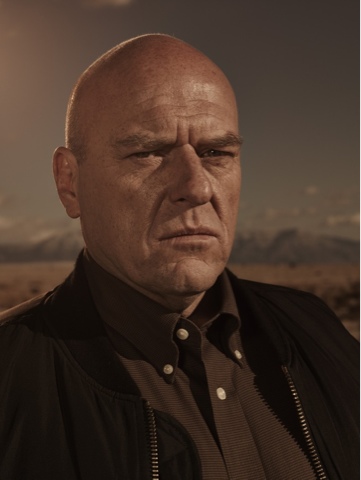 Another stand out element of this episode is Dean Norris, delivering his best performance in his history on the show (probably the best performance of his career). Hank has always been a character drawn in shades of masculinity. We’ve seen his humanity peek through his macho façade, we’ve even seen him sink into depression, but we’ve never seen him laid bare, until now. Norris brings a level of vulnerability and desperation to Hank that believably brings him down to Walt’s level. Here we have two desperate men: one sick and guilty, the other disillusioned and his world shattered. Both men have a singular goal left to live for, the only question is: how far will their desperation push them in their pursuit of that goal?
Jesse’s screen time this episode is, again, limited. His near-comatose state seen in the preceding episode has seemingly progressed, as he doesn’t utter a single line this entire episode. He’s empty and alone, his guilt has overwhelmed him and he has nothing left in his life to keep him going. Jesse is the only character in this story to lack a motivation at this point. It’ll be interesting to see what role he has left to play in this concluding arc.
In other news, Lydia and Todd are off conducting business. Murderous business, offing Declan and his crew for rejecting Lydia’s insistence on Todd’s involvement, the result being an inferior product. This plot line’s significance in relation to the larger story has yet to be seen, although I always enjoy when Lydia’s given screen time. Her prissy squeamishness in light of her ruthless disregard for human life makes for an amusing dichotomy. I wonder if this will go anywhere or have some bearing on her character’s future importance, I hope so, but if not she still makes for an interesting character who’s always there to spice things up when we need a break from the testosterone-fueled brooding of Walt, Jesse and Hank. 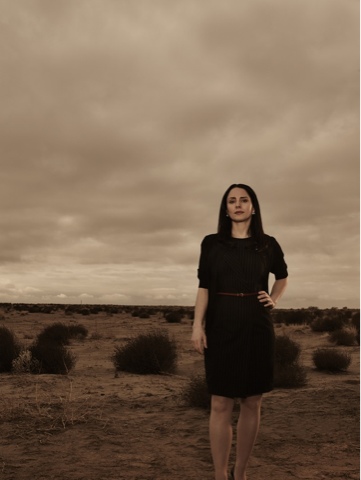 Buried is the kind of episode that Breaking Bad excels at: intense and overwhelmingly urgent. Driven by engaging and passionate performances from a practically perfect cast, as well as the impeccably paced dialogue of the writing staff, Buried delivers the high-tension story-telling that has made Breaking Bad the best show on television for the past three years. A show as intentionally and meticulously constructed as this is a rare gem, and with the added bonus of ending on it’s own terms on what is looking like it’s strongest season, Breaking Bad may just yet prove itself to be one of the most fulfilling and complete television experiences in history. Here’s to hoping the final six episodes make good on the promise these first two have so expertly delivered.
Episode Grade: A
Other Thoughts:
Huell and Kuby get a really great comedic bit this week. I’m officially all for a Better Call Saul show as long as these two are in it.
I was kind of surprised at the lack of Walt Jr. this episode. I had assumed that his ignorance of the situation would be used to fuel the tension, but apparently not. The episode was great without it.
“Bitch!” Counter: 0 (if Jesse keeps up like this the counter may just remain at zero for the rest of the show, what a depressing thought…)