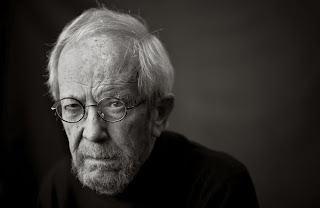 One of the most prolific and celebrated novelists of the last century has passed away.

For such a prolific writer I actually find myself at a loss for words. His career lasted more than half a century and he has more best sellers to his name than anyone can ask for.

He started in Westerns but his work in the Crime genre is what has made him a legend. Having read quote a few of his books, his style was addictive, exciting, and full of life. His dialogue was pitch perfect and his plot twists were masterful. The roster includes Get Shorty, Stick (my favorite), Rum Punch, Out of Sight and many more great reads.

Of course you probably recognize those as movie titles as well, and that’s because more of his novels have been adapted to film than any body I can think of. The man was incredibly prolific and consistent, even into his 80’s.

I want to say it is a great loss, but for a writer that has given us so much it’s almost sacrilegious to say such a thing.

You will be missed.