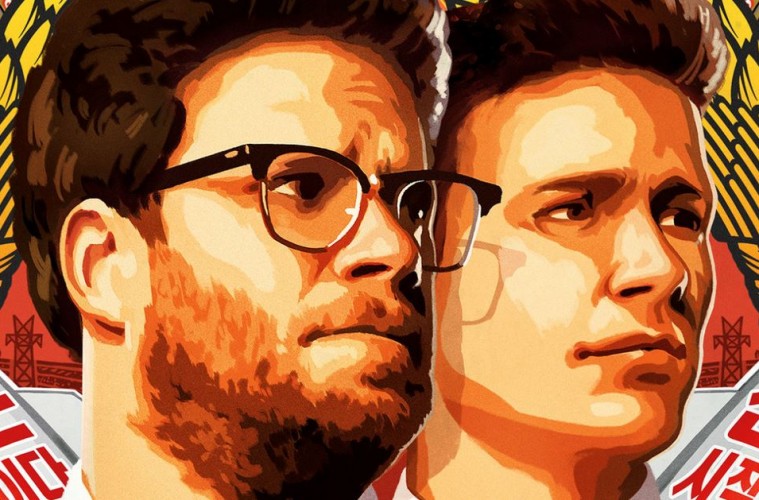 THE INTERVIEW: Twitter Responds To Sony Vs. North Korea

The Sony hack has claimed its first two studio projects: Seth Rogen’s The Interview (originally scheduled for a December 25th release) and Steve Carrell’s “Pyongyang” (which was in-development).

While The Interview was referenced specifically by the hacktivists group “Guardians of Peace” as the reason for the cyber attack of Columbia Pictures/Sony, it was the subsequent terrorist threat that really did both films in. In particular, Guardians of Peace warned moviegoers that an attack on the New York premiere of the The Interview was inevitable. Even going as far as to specifically reference September 11th. This created a domino effect that forced Sony to cancel the release of The Interview followed by Twentieth Century Fox pulling all distribution plans for the Carrell project.

Naturally, given the hair on fire coverage of this whole thing, the Twitter-verse reacted. Surprisingly enough, it seems like quite a few of you were planning to support the film before it was pulled. Some even have gone as far as to demand that Sony not cave to terrorism or censorship and release the film anyway. As for the rest of you, the jokes just keep on coming…

All joking aside, we just gave a comfy foothold to censorship & it doesn’t get any better from this point on. #TheInterview

Dear @SonyPictures: Since you caved on releasing #TheInterview, go ahead and hand Spider-Man rights back to Marvel Studios.

I bet a million dollars that Matt Stone & Trey Parker are gonna turn #TheInterview controversy into a two-part @SouthPark episode.

Theaters may not show Seth Rogan’s new film #TheInterview due to hacker threats. Where where they before his film Green Hornet came out?

Fine, I’ll ask the question everyone is afraid to ask, where is Dennis Rodman and why hasn’t he fixed this yet? #theinterview #northkorea

I’m pretty sure Saddam didn’t get this bent out of shape when Hot Shots came out in the 90s. #TheInterview

Posters for #TheInterview are now going for hundreds of dollars on eBay. pic.twitter.com/sq8s0eadOr

Due to cancellation of #TheInterview, the opening of “Jaws 19” has been moved up to 2015. #BackToTheFuture pic.twitter.com/7sBfZ2UxNN

Charlie Chaplin challenged Hitler with 1940 classic “The Great Dictator.” Would it get released today? #TheInterview pic.twitter.com/9Q1fZ2rFES

And yet in 2004, we all got to go to the theater and enjoy this: http://t.co/jbuClUs7IQ #TheInterview