SLEEPY HOLLOW 1X3 "For the Triumph of Evil" Review 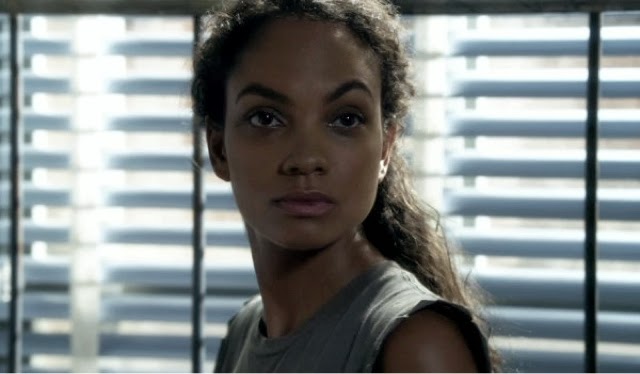 And the horror continues, except this time we get a dose of…. “Insidious”?
This week we get another standardly procedural episode where victims start piling up in Sleepy Hollow and some pissed-off demon with a vengeful agenda is responsible (speaking of which, how many murders can happen in this quiet, small town before people start noticing that the murder rates are higher than Miami during the 80’s?). By episode three, the format which more or less worked in the first two episodes is starting to get a bit too predictable: demon makes brief appearance in cold open, begins prancing about town and begins knocking off people on its supernatural hit list. While I’m a fan of format (I love my comfort-food procedurals), the complete lack of any twist on format has become something of a bother, a distraction from the flow of the episode. It’s rigid and stifling, “Sleepy Hollow” does get some leeway given that we’re only three episodes in, but I can’t say it’s entirely encouraging that the writers are already banking on one, singular way to construct their stories.
Our killer-demon-of-the-week is a rather morbid spin on the Sandman myth. He’s a faceless, pale monster (reminiscent of the style of Guillermo del Toro) who haunts the dreams of those who have betrayed another person, and makes them pay for their sins by tormenting them to the point of suicide. The best part of “Sleepy Hollow” from a week-to-week standpoint has unanimously been the villains. I can’t tell you what a pleasant surprise it is to see cinematic quality creature design making its way onto network television. The Sandman is the most inventive creature thus far, he’s interesting to look at, and best of all, he is very, very creepy. Almost no TV shows have genuinely frightened me (my bitterness towards “American Horror Story” in this regard is still a sore issue), but “Sleepy Hollow” does the trick. It’s no “Conjuring” mind you, but it’s some solid horror work that television has been sorely lacking. 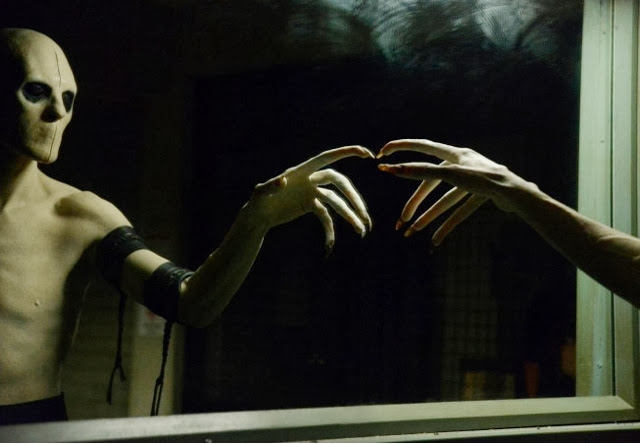 One big reason this episode didn’t entirely gel with me was the lack of defined logic in the demon’s MO. And yes, while I’m entirely aware that logic and this show mix about as well as a bitterly divorced couple, but this felt like a stretch even for “Sleepy Hollow”. Does the Sandman brutally murder every last person who screws another over, ever? Because I’m fairly certain every last person on this planet should have their eyes turned into exploding sand bubbles if that is the case (oh, btw, he turned their eyes into exploding sand bubbles because Sandman). And since that clearly isn’t the case, why is he just now popping up, and why specifically in Sleepy Hollow? He doesn’t seem to bear any affiliation with the overarching antagonists of the show, so his presence doesn’t really make any real sense. The lack of a coherent background for the character became distracting during the final act, not enough to sink the episode, but enough to seriously dull it’s potency.
We get some a mild amount of further development on the relationship between Abby and her sister, Jenny, and why Abby is out being a cop while Jenny is in a mental asylum. While it was nice to get some further background on Jenny, the episode largely felt like it was treading water on this thread. A lot of the backstory covered felt like it had been implied strongly enough back in “Blood Moon” that reiterating it in such an overt way felt like redundancy. The subplot did manage to tie into the main case in a satisfying way, so it served its purpose well enough in the long run, it just should’ve been handled more smoothly in its early stages. Speaking of the final act, the entire thing works as a sort of demonic “Insidious” type-deal where Abby and Ichabod get dosed with drugs and Scorpion venom and go into the spirit world to face the demon head-on. Or is that more “Inception”? Or is it both? Whatever, originator of the concept aside it was still pretty cool, so I’m not complaining. 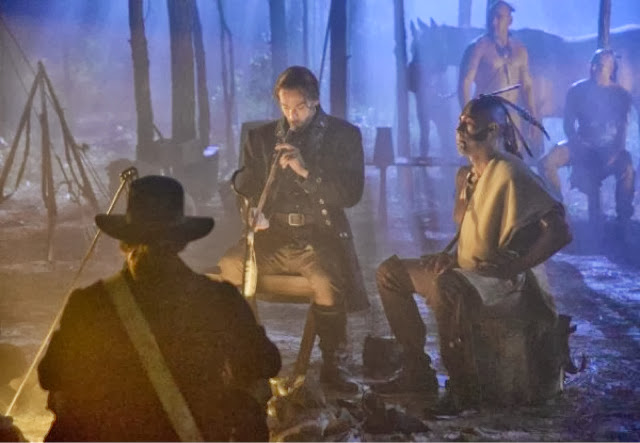 As it is, “For the Triumph of Evil” works well enough as a third outing of a network sci-fi still in its infancy. Is it a mess? Sure. But the messiness of it still has enough genuine talent and creativity behind it that there’s something sorta endearing about it. As I’ve noted in weeks prior, “Sleepy Hollow” is one of those shows that teeters on the edge between dumb, creepy fun and genuine, bothersome stupidity. But the continued strength of the shows best elements even into its third episode gives me a bit of hope for its future. I like this show and I hope it finds it’s footing at the writers table. There’s a lot of potential to work from here, there just needs to be a storytelling that can hold those pieces up.
Also, that Sandman was super cool.
Grade: B-