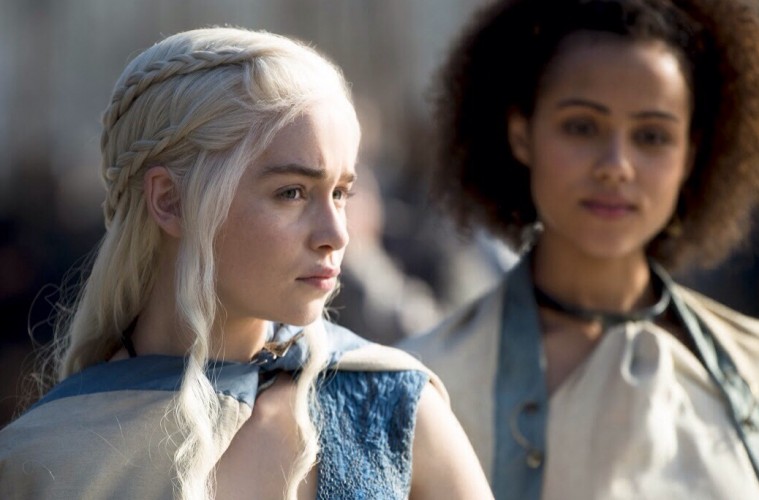 This season is off to an excellent start.

If Game of Thrones ever had a consistent problem, it was the times when it was left to twiddle it’s thumbs until something interesting happened. Seasons one and two in particular suffered from this problem. So many pieces moving around the board that the show occasionally had nothing better to do than spend and episode moving characters from point A to point B and coating it with exposition (some of season one’s exposition dumps seem eternal in hindsight). That, however, can not be said of season four (so far). As the show continues, showrunners David Benioff and D.B. Weiss have become increasingly adept at moving the stories forward with a purpose, never wasting a moment, never allowing a sequence to become content with simply treading water. Even when the stories can’t move forward at a given time, they’ve still figured out how to use those moments of standstill to deepen their characters, which is what I assume they were attempting back in season one and just weren’t as good at it yet.

It’s slightly ironic, inexplicable even, that season four is as consistent as it has been these first three episodes considering that it draws from the smallest pool of source material for any season thus far (it’s my understanding, as one who has not read the books, that this season is pretty much just the final third of A Storm of Swords, the third novel in the series). And yet, the consistency is already present in a way it hasn’t been in seasons past. This week’s episode, Breaker of Chains, is something of a world-wide regrouping session. Even though The Rains of Castamere aired last season, the infamous “Red Wedding” still technically occurred only four episodes prior to this, with Joffrey’s demise coming in only two episodes later. The entire narrative has experienced a ridiculously massive shift in only four episodes time, and the dust is still settling. Interestingly enough, Breaker of Chains serves as a fairly competent starting point for newcomers to the show.

The story is fairly straightforward and it seems Benioff and Weiss have made it their intention to plainly reestablish the various, complicated interpersonal relationships between the show’s characters in light of these massive narrative left-turns. Naive (though increasingly less so) Sansa is in the clutches of slimy Littlefinger, making his first appearance this season, who gives her a lesson in the game of deception in King’s Landing politics. Arya and The Hound have a moralistic debate out in the wilderness of Westeros. Lord Tywin asserts dominance over his family while lecturing them about power. Tyrion gets the shaft, yet again, as he is imprisoned, yet again. Cersei and Jaime’s perverse incestual relationship escalates (a controversial subject which I will not dirty my hands with in this review). Jon Snow and Samwell Tarley are still off in the snowy north preparing to fight Wildlings. And, as per the usual, Daenerys is freeing slaves in the desert while delivering some killer speeches. All is pretty much business as usual, yet the episode is executed with such conviction that it’s hard not to become enamored with (or at least fascinated by) these characters all over again. It’s a testament to the writing abilities of George R.R. Martin, and the performances of the show’s ensemble, that these characters remain interesting years after the series’ premiere, even though most of them remain very much the same character as they were when they were introduced. Great characters have enough dimension to allow the writer to go deeper as time goes on, weak characters require the writer to change them regularly to keep them interesting, Game of Thrones is liberally populated with the former, which is, I think, the key to the series’ massive success.

Breaker of Chains is an excellent episode because it manages to achieve what all the greatest Thrones episodes have in common: balance. With this many stories and characters, giving all of them adequate screen time is really something of a juggling act, one which was averted last week to devoting most of the entire episode to the wedding-related events in King’s Landing. Chains, on the other hand, manages to visit every major story thread, sans Bran and Co., without ever feeling like it’s rushing or skimping. Thrones episodes are really never stand-alone narratives, each episode is always a piece, a building block, of the larger whole. Unlike, say, The Walking Dead where the best episodes have unilaterally been the self-contained ones (which may or may not speak to the series general quality). Because of this, the strongest Thrones hours are always the ones that support that big picture in the most satisfying and concrete way possible. The gears are always moving toward some ultimate goal, that is simply the nature of this beast, but how smooth will the ride be? How long can the writers keep this humongous, verging on unwieldy, story while maintaining their balance and staying on the track? If Chains is an indicator, the answer is: “for the foreseeable future”. Though this show only gets more insane and convoluted as it goes on, the writing abilities of Benioff and Weiss have grown at a pace that keeps in step with the challenges that they are presented with. The day may come when the narrative proves to much for these writers to handle well, but I think we can rest assured that day will not come this season.

Five out of Five Arnolds