Rise of the Anime Titan: Shingeki no Kyojin (Attack on Titan) 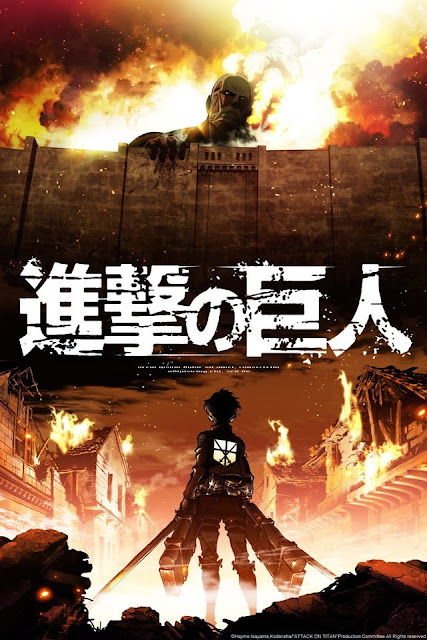 This past year started out like any normal one for otaku worldwide.  The spring calendar was full of colorful moe shows, a few comedies, a chunk of fan-service shows, and a couple of surprises.  However, out of the few surprises, which included three mecha shows, no one saw this one coming. Written by Hajime Isayama and published by Kondansha (Kodansha Comics USA stateside), Attack on Titan (Called Shingeki no Kyojin in Japan), animated by Production I.G. (Ghost in the Shell: Stand Alone Complex)made its debut and did more than conquer Tumblr, Twitter, and Facebook for a few days.  Attack on Titan has managed to do the one thing that hasn’t been done since the heyday of Naruto, Bleach, Death Note, Fullmetal Alchemist, and even Spirited Away: Make fans of anime, new and old, care again.

Hailed by many as “The Game of Thrones of Anime,” Attack on Titan is a dark fantasy series focused on humanity’s fight for survival against the indomitable gargantuan creatures, The Titans, which loom over the populace in their domed cities and rain down havoc and destruction at each turn. Eren Yaeger, a young man from the first city hit by the Titans, rises to oppose the creatures after watching his mother die at the hands of these monsters.  Hell-bent on revenge, Eren, along with his adoptive sister, Mikasa, and their friend, Armin, join the military with a number of others to combat the beasts, using equipment and skills to perform action-packed feats that would make Spider-Man proud.  Although it seems like a simple premise, there is more than meets the eye here (Yes, I went the Bay route).  More twists than a pretzel and surprises abound in this series that is currently at 25 episodes. It’s a mystery wrapped in thrilling action.  Even the fans following the source material (the comic book) have been left guessing what happens next.
In addition to social media taking a liking to this show along with anime fans, Funimation Entertainment (the people who licensed Dragon Ball Z,) quickly picked up the license to Attack on Titan, streaming it on Crunchyroll, Hulu Plus, and everywhere else on the net for your [legal] viewing pleasure. Anime Conventions found themselves swamped with Attack on Titan cosplayers.  People have gone as far as not only cosplaying the Titans themselves, but to make the 3-D Maneuvering Equipment used in series by Eren and his comrades. Attack on Titan is a beacon to both new and old fans.  To veterans who remember the blood-letting era of anime such as Ninja Scroll, Demon City Shinjuku, and Berserk, Attack on Titanhas carnage that puts it up there with the best in the business.  As for new fans, this continues a trend of new shows with fresh stories compared to the legacy front of reboots (Rebuild of Evangelion, Fullmetal Alchemist: Brotherhood) and revivals of older properties (Hajime no Ippo, Initial D). The Attack on Titan anime has helped manga reach a tremendous number of fans, leading it to accumulate over 20 million in sales worldwide with only eleven volumes in print.  Furthermore, Attack on Titan has been slated for four video games and an upcoming live action film to commemorate its success. 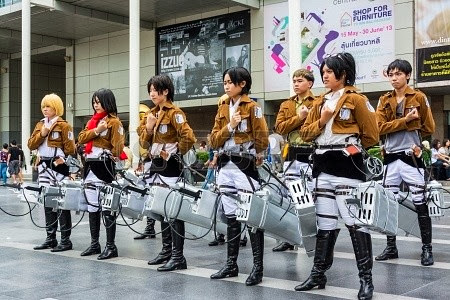 However, the show has garnered its fair share of criticism.  Some feel this show has a heavy-handed military message that is a little grim with the current political climate in Asia (It is worth noting that Attack on Titan has a huge following in , , , and ).  Also, some fans and industry pundits feel the level of violence in the show will prevent it from hitting a mainstream plateau.  Although Death Note garnered a great deal of fans and made a ghastly amount of money for Viz and Hot Topic, the level of violence is slightly different in comparison to Attack on Titan and Deadman Wonderland (which aired on Toonami/Adult Swim block).  To put it bluntly to other media consumers imagine Jack the Giant Slayer with George R.R. Martin, Jim Starlin, and Kill ‘Em All Tomino (Yoshiyuki Tomino [Creator of Gundam]) behind the wheel.
All in all, Attack on Titan is certainly the premiere anime title of 2013.  No other title has been able to grab the interest of fans and generate mass buzz across the board this year.  Last year was ruled by the polarizing Sword Art Online (now airing on Toonami/Adult Swim block), but that has given way to Attack on Titan.  Whether it will be able to make the leap into mainstream popularity like Death Note or Fullmetal Alchemist is uncertain.  However, there is obvious potential that Attack on Titan has what it takes to make an impact beyond just anime fans and become legendary mainstream property.
Written By:
Chris Campbell
Chis Campbell is Action A Go Go’s  resident Otaku expert and can be followed on twitter at @CAIMERMAN. 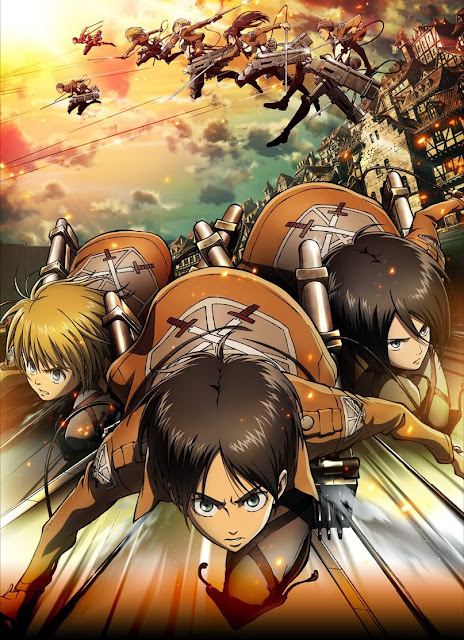 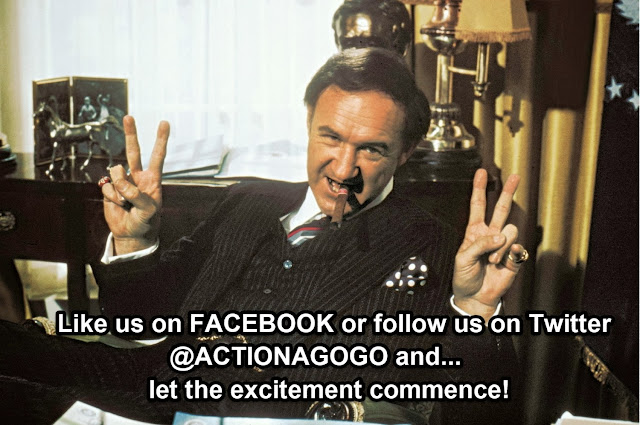