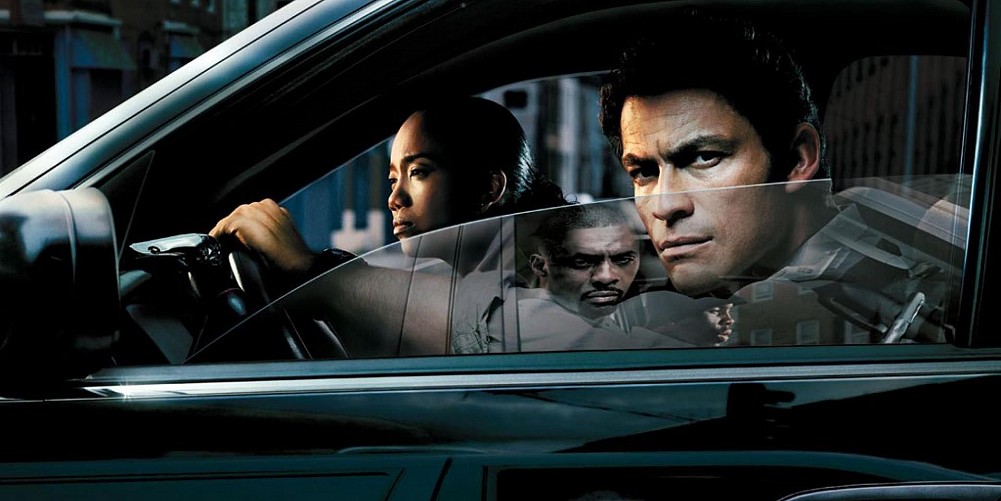 David Simon’s “The Wire” ended six years ago and is still near-universally hailed as the greatest television series ever created. Set and filmed in the city of Baltimore, it struck a chord with Maryland residents because of the layers of authenticity. On the surface, it seemed like a police drama. However, it was an examination and depiction of the various institutions that comprise Baltimore and the people who are a part of those institutions. “The Wire” showed how the institutions interact with one another in a near-symbiotic fashion and how those institutions are resilient to changing their status quo. Although the Baltimore Police Department served as the framework for this narrative drama, other institutions were examined in depth to convey how they fail those who would try to improve the system and reward those who are willing indentured servants. “The Wire” showed the layers of the BPD and its inherent dysfunction, along with those of the working class dock workers, the city hall political scene, the school system, newspaper journalism, and the criminal element.

Below is a top-10 list of who I think are the best characters that appeared in the series. I believe they represent two things: Embracers and clogs within the systems of their institutions.

Have you ever noticed how when rappers record battle rhymes, they often us the pejorative term “homo thug”? Well, the character of Omar Little is that term’s literal embodiment. He’s an unbashed homosexual stick-up criminal who only robs from other criminals and drug dealers. He’d act as a police informant if it served his purpose, plus his reputation is fearsome enough that children and adults run from him when he’s on his way to rob from drug dealers (“Omar comin’! Somebody in trouble now!”). To reflect his Robin Hood status, he lives by his own moral code: Never harm citizens who are uninvolved in the criminal element. The scene where he respectively killed and wounded two of Avon Barksdale’s enforcers solidified his place as my favorite character, along with one of his most well-known lines: “You come at the king, you best not miss”.

The series began and ended with Detective Jimmy McNulty. Although, he’s not the main character, he’s the closest approximation to a lead character. He’s a relentless, alcoholic, womanizing BPD detective who’s known for his canny police investigative talents and his disarray of a personal life. His drinking and constant affairs led to a divorce from his wife Elena and their two sons. He does not respect the majority of the BPD’s chain of command since he believes they place more of an emphasis on “looking good on paper” and not actual police work. He’s been central to the police investigations in each season. He understands the system that he’s a part of, but is continually frustrated by the red-tape bureaucracy that prevents cops from performing the type of policing that would put a dent in the criminal element.

Russell “Stringer” Bell was raised in a Baltimore housing project and became second-in-command of his life-long best friend’s (Avon Barksdale) drug organization. A shrewd and intelligent planner, Stringer takes an economical approach to the drug trade. Preferring to consolidate and collaborate with Baltimore’s drug kingpins is partly what led to the dissolution of his personal and professional relationship with Avon. His belief that what he learned in a community college economics course could be applied to reform the streets proved for naught when he was taken advantage of by politicians. With a reputation extending from Baltimore to New York to Washington, DC, Stringer Bell was known for his ruthlessness at taking out threats almost as soon as they appeared.

Appearing in the fourth season, Michael was a wise, loyal and streetwise youth who was dealt with the wrong circumstances. With his younger half-brother’s father sexually abusing him during childhood and his mother being junkie, he was very distrustful of most adults. He parallels Michael Corleone’s character in The Godfather: He shares the same name and initially wants nothing to do with the criminal element. When his brother’s father was released, Michael allied himself with Marlo Stanfield’s organization and became an intelligent proficient killer and drug corner chief. What made Michael stand out was his conscience and tendency to think instead of always doing as told. Although he’s loyal to his friends and his family, he knew after a while that once he became involved with “the game”, he couldn’t turn back.

Detective Lester Freamon was a veteran homicide detective in the BPD and a victim of its dysfunctional bureaucracy. Often praised as “natural police”, Lester went against his superior’s orders and arrested, charged and convicted a fence whose father was politically connected with high-ranking police officers. He was transferred to a desk job at the BPD’s pawn shop unit as punishment, where he remained forgotten about for thirteen years (and four months). While there, he began creating dollhouse miniatures and selling them for a profit. He proved to be an integral part of the series’ police investigations due to his knowledge of technological surveillance, judicial requirements, attention-to-detail and loyalty to superiors interested in good police work. When partnered with McNulty, he often tried to temper the brashness of his younger counterpart.

Daniels was a BPD Lieutenant in the first three seasons, but rose to the rank of Commissioner by the end of the series. Initially portrayed as a careerist cop, Daniels commanded the police unit investigating the Barksdales during season one and eventually proved that he was a dedicated police officer and thorough investigator. His piercing Marty Castillo (from Miami Vice)-esque stare was one of his trademarks. His ambition to make quality arrests instead of inefficient quota-making police work got him noticed by Mayor Tommy Carcetti who then began grooming him to be the next Commissioner. Daniels’ reluctance to return to statistic-based police work, along with allegations of stealing drug money early in his career forced him to resign from the police department after 25 years of service.

Tommy Carcetti first appeared in season 3 as a Baltimore City Councilman and chair of the sub-committee for public safety. Initially portrayed as a social justice crusader in the same vein as politicians from the Kennedy family, we quickly learn that he is human as the next man. A family man prone to infidelity and bouts of narcissism, Carcetti becomes Mayor of Baltimore hoping to make the city better and reconstruct its police department. With city debts mounting, he eventually runs and wins the Maryland gubernatorial race barely two years after being elected Mayor. His ascension from Mayor to Governor in a small amount of time is a testament to his ego and his broken promises to the city of Baltimore, which he rationalized as him being able to do more good for the city from statehouse instead.

A low-bottom, heroin addicted street peddler/informant, Reginald “Bubbles” Cousins represents the series’ depiction of redemption. Aiding the police for money and sometimes revenge, Bubbles understood the street life in a way that the BPD could only wish for. Being an addict who stole from his family to feed his habit, Bubbles got by living in the streets. With an encyclopedic and historical knowledge of Baltimore’s past and present street-level players, Bubbles proved himself to be a clever asset to Detective Kima Greggs and her detectives. A life altering event forced him quit heroin for good and come to terms with how his addiction has hurt both him and others.

Clay Davis is a Democratic State Senator with silver tongue and a reputation for accepting bribes. With trademarked comical profanity (“sheeeeee-it”) and propensity for manipulation, Clay Davis was in many ways much worse than the actual criminals depicted. His connection to city lawyers allowed him rob drug kingpins of hundreds of thousands of dollars. Despite his unbridled greed, Davis was protected by other politicians and high-ranking officials in the BPD. It can be said that Clay Davis survived in the political system by playing both sides of the fence, often blurring the lines of dysfunction between institutions.

Gus Haynes was a newspaper city editor for the series’ fictional depiction the Baltimore Sun. Having no ambitions to rise higher in the food chain, Gus was a principled and dedicated reporter who wanted honest journalism and encouraged those under his supervision to do the same. When one of his reporters, Scott Templeton, began fabricating stories ala Jayson Blair, Gus picked up on it, confronted him on it, but was eventually demoted after bringing Scott’s lies to light to managers of the paper. His demotion for basically upholding the standards of the newspaper testifies to his institution’s mechanism of perpetuating itself by maintaining the status quo as is.