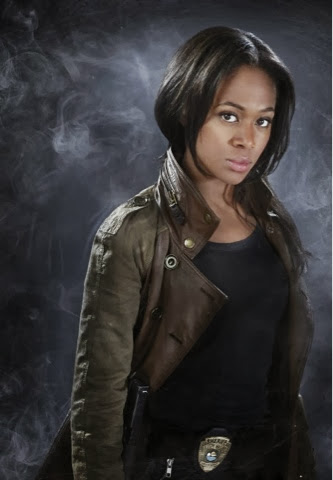 And we have our trajectory!
Back in my review of “Blood Moon” I compared this show to “Fringe” in the hopes that it could blossom much in the same way that show did. And lo and behold, it’s beginning to do exactly that. Is it “Fringe” good? No. Not yet. And I kinda doubt it ever will be. But that’s okay! Because I’m having tons of fun none the less.
In “The Lesser Key of Solomon”, “Sleepy Hollow” takes a break from injecting concentrated doses of horror into our TV sets. Instead, this week is focused on mythology building. Now, “Sleepy Hollow”‘s mythology is already a bit of a mess; grossly misquoted Bible passages (my in-depth knowledge of Biblical text has been something of a minor stumbling block in my enjoyment of this show), absurd revisionist history, and a smattering of witchcraft have all been cobbled together in the past few episodes to form a somewhat less-than-coherent backstory. Very little of it makes any sense, but the show’s campiness gives it some leeway in that respect. This week we not only get MORE revisionist history (apparently Ichabod staged the Boston Tea Party because magic and The British and so on and so forth), but we also get some completely random works of fiction thrown in for good measure (they weasel in John Milton’s Paradise Lost under the guise of a “theological text”, a designation which I found equal parts ridiculous and hilarious). As per usual with “Sleepy Hollow”, some of this new stuff works, some of it doesn’t, but when it works this episode knows how to use it right. 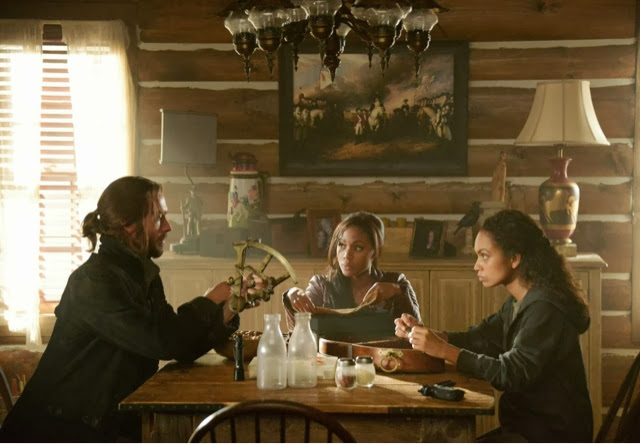 Our monster-of-the-week in “Lesser Key of Solomon” happens to be an elite squad of modern-day Hessians, who happen to be working for that ominous demon we’ve been catching glimpses of this whole time. And, as is the usual, they have a specific (and, of course, violent) agenda which they carry out whilst traipsing about Sleepy Hollow. This group of Satanically-aligned Germans happens to be on a mission to summon a group of demons up from hell via The Lesser Key of Solomon (which, apparently, is a book of demonology which was written by Solomon but actually wasn’t and whatever this show doesn’t make sense anyway). And, of course, Abby and Ichabod, this time with the help of Jenny, are out to save the day. What makes this episode a key necessity for the shows structure is that it establishes clear-cut sides on which the different characters fall. We have our “good guys”, Abby and Ichabod; the two witnesses referenced in the Book of Revelation (*insert eye-roll here*), who, for the purpose of this show, are designated to do some demonic ass-kicking because the apocalypse or something (really! have these writers ever read the Book of Revelation?). And we have our “bad guys”, a group of demons and Satanist humans who all serve the arch-demon; Moloch (as in, the child-eating demon from Paradise Lost…. Yeah). My theological misgivings aside, setting the framework for an ongoing war between these two factions gives the series a much-needed sense of direction, one that will hopefully provide some narrative support in the episodes to come. Speaking of which, where the heck is zombie John Cho? I miss that guy. Also, the Headless Horseman? Where did that dude run off to? Is there like, a demonic studio apartment they’re all chilling in until it’s time to get featured again? That sounds like the premise for an awful sitcom that I would watch every episode of….. Lookin at you, FOX network, make my dreams a reality. 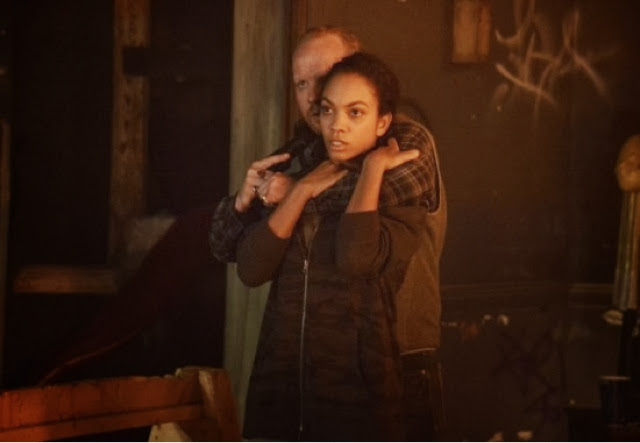 From a formatting perspective, “Lesser Key” might be the most functional episode we’ve seen yet. The formula enhances the narrative as opposed to strangling it. The progression in both character and story arcs livens up the proceedings in a way that highlights what this show is best at: making the idiotic fun instead of… well… idiotic. Although it would be in the show’s best interest to cut down on laboriously stupid exposition, “Sleepy Hollow” continues to work in spite of this particular bad habit. How much gas is left in this show’s tank? We’ll find out. But supernatural horror is a landscape left largely unmined by television, and if these writers can really delve deep into the material, there are virtually endless stories to tell here. Also, Moloch is one creepy dude thus far, so they’ve got quite a solid reigning antagonist to work with straight out of the gate.
In other news: yay! Season 2 Renewal!
Episode Grade: B