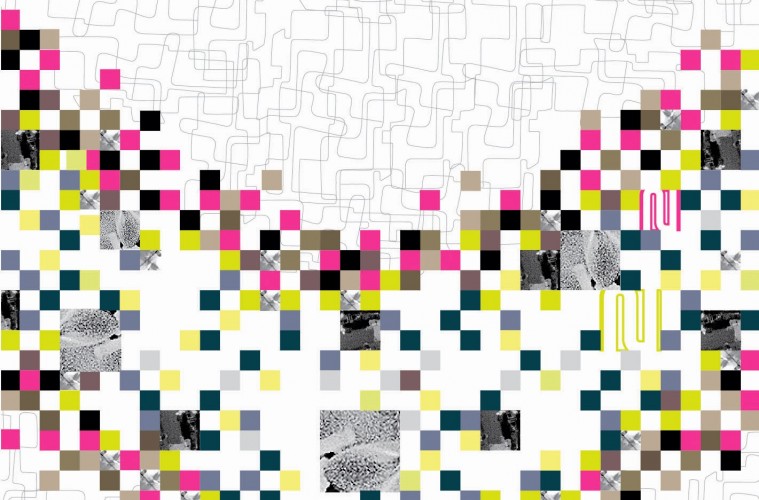 Derek ScarzellaOctober 21, 2013
Uncategorized0 Comments16 views
I got to be honest, I don’t understand most music reviews. It’s an experience I liken more to reading an ingredients label on processed food than actually gaining any useful information.
So when I was asked to go about writing a review for Gort Vs Goom II with a heavy heart and an audible sigh I accepted. This is their second series of songs from their debut. But then a rush of fear came over me. What obscure bands can I reference? What eras of music am I going to beat my audience over the head with? Most importantly, how I am going to keep Gort Vs. Goom from ruining us all?
Let’s find out!
THE MEN BEHIND THE MAYHEM…
Byron Jacquot and Logan Rainard form the duo that makes up Gort vs. Goom. Jacquot is an Electrical Engineer by trade and handles drums and vocals. Logan Rainard is pretty good with a blowtorch and handles bass guitar, monotron (whatever that is), and vocals.
The interesting bit here is that between them they have years of music making experience behind them. Rainard cut his teeth in indie bands like Afrosheen Explosion and Martian Law while Jacquot was in the band Little Fyodor.
THE MUSIC….
This album will at times challenge you while enticing you.
I say challenge because it refuses to drift into the all too easy out option of pop fuelled rhythms and happy “I love you because love” lyrics. I say entice because as a movie buff I found myself being pulled deeper into the lyrics chasing geek references while they simultaneously fired off my imagination.
The albums opening salvo typifies this ability to drag in a movie junkie like myself. It’s called “Fritz” and is an amazing Ennio Morricone tribute with delightfully fascist overtones.
This is followed by the wild, paranoid fueled romp that is called “Exiled From the Others”. Logan provides vocals on this song that has some surprisingly catchy lyrics. I found myself saying “WHEREWOLF INVASION” and “ZOMBIES IN THE FOREST” while walking around the office. This got me some weird looks, but once you hear the song you may understand why that is the desired effect. Video performance of “Exiled From the Others”.
Every song showcases Jacquot’s amazing drum work but S.T.A.R and Magnetic North are particularly good showcases of his disciplined, resolute play.
Acid Reflux, the albums fifth song, takes a decidedly techno turn. This should be jarring, but because of the well-crafted handling of tone exhibited throughout it is a refreshing turn that that proves to be the catchiest tune here.
The sixth track, “Carl”, rounds things out with another tune that would feel right at home on the soundtrack of a Sergio Leone film.
There are a couple bonus tracks as well. Of particular note is a remix of “Acid Reflux” powered by Ika. It’s a nutso interpretation of the song that almost feels like a radio transmission from Hell. In short, I loved it.
THE VERDICT…. 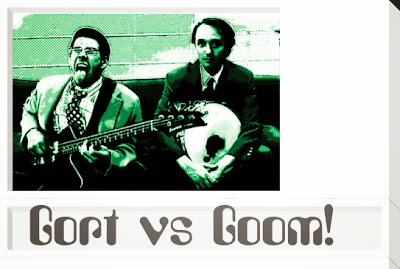 It’s not all peaches and cream. It you ask them, they will tell you their sound is not for everyone, and they are right. This isn’t an album that will make you feel all cheery about life and want to hug a puppy.
No.
This work features controlled, exciting sounds that ebb and flow and make you think.
They describe themselves as influenced by punk, metal, jazz and a bunch of other cool sounding niche music scenes.
And that’s all great.
I’d rather cut to the chase. This is some damn fine music that’s worth your time.
Rock on Gort Vs. Goom.
Buy their music on Bandcamp or suffer!
http://gortvsgoom.bandcamp.com/