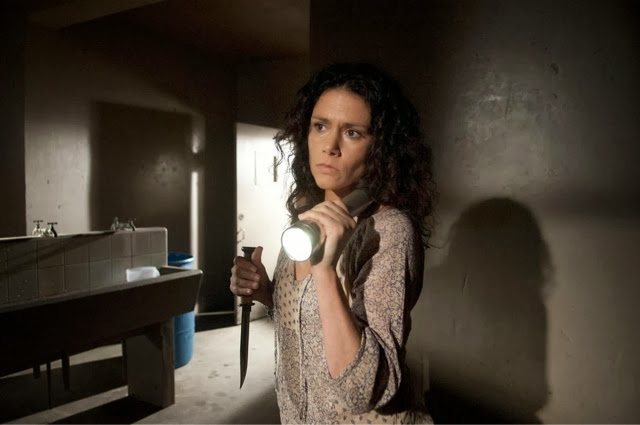 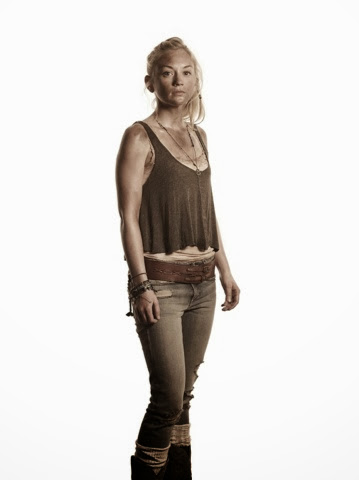 The thing about true horror is that it’s horrifying. While that may seem like a given, I think the current landscape of horror in film sort of suggests something different. “Horror” generally suggests something frightening, or creepy, or just plain disgusting. There’s nothing wrong with these movies, supernatural horror flicks (such as Paranormal Activity, The Exorcist, Insidious and The Conjuring) happen to be my favorite genre in film. But rarely are these movies truly, bluntly horrifying. With this week’s Walking Dead, titled Infected, we see a decided return to the horror element that the series moved away from past season, and not just the scares, but some really, truly awful stuff that doesn’t sit well on the human mind.

Death and violence hang over this episode like a depressing plague. Further hammering home the idea that civilized living is long, long gone in this new world order. You either become a callous, efficient killing machine, or you become food. But how does that weigh on the human soul? How much of your humanity are you willing to sacrifice to stay alive? In a particularly powerful scene in Infected, Rick has to make the hard decision to sacrifice the piglets he’s raised in order to protect the structural integrity of the prison’s defenses. As he cuts through the hips of the piglets in order to maim them and leave them as zombie food, it’s clear that hope is dying in Rick. As the blood of one of the baby pigs sprays across his face, as if to mark him with the guilt he feels, the message is resoundingly clear: this is life now. This is reality. There is no escape from performing horrible deeds in a world that’s trying to kill you day in and day out. And a world like that will turn you into something you would never have thought possible: inhuman. Echoes of last season’s Clear pop back up again in this episode. Rick, Carl and Michonne’s flippant disregard for human life, which that episode so perfectly portrayed, looms like a terrifying cloud threatening to storm back into the lives of these characters yet again.

That is where the most potent horror in The Walking Dead comes from. And while the cold open with Karen in the showers was plenty frightening, it’s the thematic horror that pervades the rest of this episode that has the most potency. As scary as zombies may be, the fact that little girls in this world are expected, nay, required to desecrate their father’s corpse in order to keep on living is far more terrifying. The look of profound grief on Michonne’s face while she holds Judith speaks volumes about the suffering of the human spirit in conditions it was never meant to hold up under.

Infected is Scott Gimple’s message to the viewers: this is not the same Walking Dead you’ve seen before. This show is not overly concerned with being thrilling or shocking, a fact which may yet rustle a few feathers. But this show is honest about the terrible human suffering you see onscreen. The lives these characters live are not about exciting adventures, though those may happen from time to time. Grief and pain are the two most recurring themes in their lives, and it doesn’t look like that’s about to change. Will viewers still want to tune in to see this newer, grimmer Walking Dead? Perhaps. There’s enough universally relatable truth in this show that can speak to plenty of people, and I hope it does. In this new, improved variant of the show, the cast’s true power-players really get to shine: Danai Gurira, Andrew Lincoln, Melissa McBride, Scott Wilson and Chad Coleman all deliver wonderful, nuanced performances that reflect the grimness of their story with startling power. 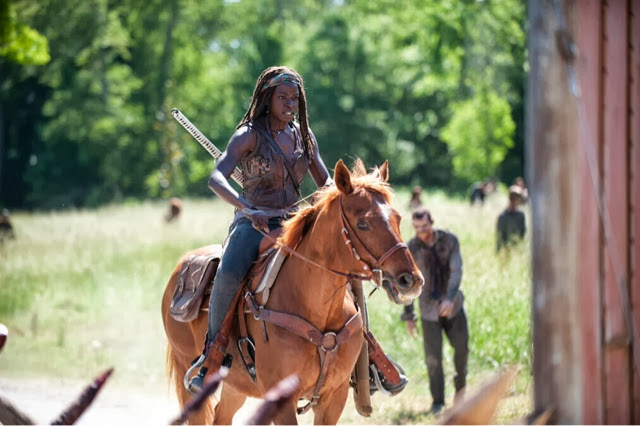 If there’s one thing that this season will need sometime soon, it’s hope. All this darkness can only serve a purpose if it’s offset by some kind of hope for the future. And not some vague, empty promise of safety, like we’ve experienced so many times on this show before. But something concrete, a real goal which these weary survivors can set their sights on and run to. This zombie apocalypse is trying to kill what little remains of these character’s humanity, and they need to be given a reason to fight back. This show isn’t about trying to survive anymore, there’s already fences and guns for that. This show is about trying to live. Which, if you ask me, is a far more compelling struggle for these characters to endure, and may yet result in a show that is consistently excellent. And as much as a praise the crushing onslaught of nihilism this new season is bringing, I really pray it all pays off with something hopeful. Maybe not soon, but at the end. I want all this horror to mean something.

Grade: A-
Other Thoughts
Anybody else find it weird they took this long to use “Infected” as an episode title? Seems obvious to the point of being silly this late in the game.
Some sick person on Tumblr suggested it should’ve been title “This Little Piggy…”, which, if I’m being honest, would’ve been a perfect title.
I firmly believe that this new girl, Lizzie, is a budding psychopath. Carol giving her the knife was possibly the most ominous thing in this entire episode.
What did you all think of Infected? Let me know in the comments if you feel so inclined. Or hit me up on Twitter @A_B_Allen
Andrew Allen is a television (and occasionally film) writer for Action A Go Go. He is an aspiring screenwriter and director who is currently studying at the University of Miami. You can check him out on Tumblr @andrewballen and follow him on Twitter @A_B_Allen. 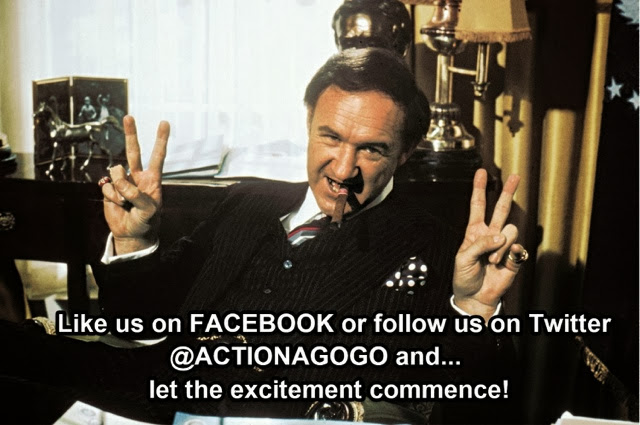