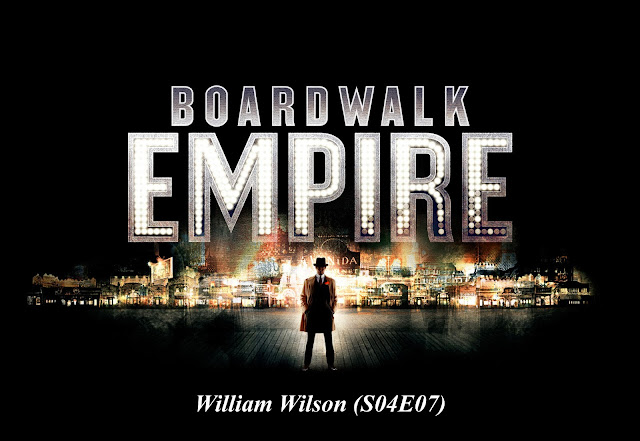 Sunday night’s episode of Boardwalk Empire was marked by duality. While the concept itself is not spectacular, the manner in which it’s portrayed is what gives it a level of uniqueness. Metaphorically speaking, a large portion of the duality on the most recent BE is akin to a chain-link rodeo: Everyone plays both sides of the fence. The smaller portion consists of acknowledging one’s dichotomy and having one of two choices:

1.) Dominating the weaker half of one’s nature and making it a useful tool.
2.) Killing off that other half altogether. 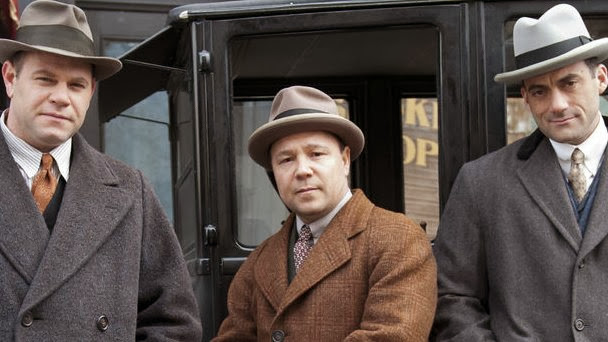 Duality Pt. 1: The episode starts off with Al Capone (Stephen Graham) making a very public execution of a Chicago police officer. Capone is seeking retribution for the murder of his brother a few episodes back at the hands of police, allegedly via orders from Irish mob boss Dean O’Bannion (Arron Shiver). Capone kowtows and implores his boss, Johnny Torrio (Greg Antonacci), for the green light to kill O’Bannion. But Torrio has a property deal with O’Bannion going on in the next few days and doesn’t want to jeopardize that. Upon signing a deal with the Irish mobster for a brewery, the police arrive to raid the place and arrest everyone. Torrio is released after a few days in jail and learns that O’Bannion was released mere hours after the raid, proving his alliance with the law.

Duality Pt. 2: Dr. Valentin Narcisse’s plan to sway the “Libyan” community away from Chalky White is moving afoot. First, he deliberately gives in to White’s demand for Daughter Maitland’s extended performance schedule at Onyx; then convinces a church congregation that Chalky has neglected his role in the Black community in favor of a business patronized primarily by the White community. In front of the congregation, he implies that the emergence of heroin is lain at Mr. White’s doorstep. He does this knowing full well that he is responsible for it via Chalky’s disgruntled right-hand-man Dunn Purnsley (Erik LaRay Harvey). Dr. Narcisse vows to the church deacon to bring to justice those responsible, but the deacon is already aware of Purnsley’s duplicity.

Duality Pt. 3: Chalky White, a married man with kids. But when he sees Daughter Maitland perform, he is mesmerized. By that, I mean he looks at her like he’d leave his family for her in a heartbeat. After having sex with Chalky, she tells him a story about how her mother was a prostitute and how a customer was rough with her one night. To protect her, Daughter poured lye on the john’s chest. In retaliation, he choked her mother to death. She later reports to Narcisse about her most recent tryst with Chalky, in the process revealing his scarred chest and several clues that he killed Daughter’s mother. 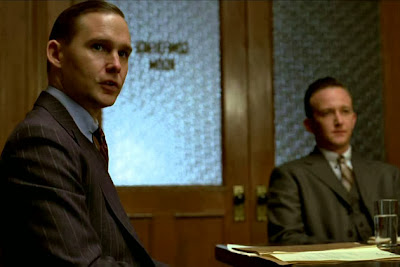 Duality Pt. 4: Agent Knox. The handkerchief with the initials ‘JMT’ remains a mystery discussed by Nucky and Eli Thompson. Aside from some sibling banter, Nucky has a new manservant named Sid. More suspicion surrounding Agent Knox is aroused when Nucky learns that his boss, Agent Eliot, has left the FBI. Speaking of which, J. Edgar Hoover is the newly-appointed head of the FBI. During his acceptance speech, he takes all of the credit for Agent Knox’s investigation into organized crime to build profile for himself. This arouses anger in Knox who hastily leaves the room.

Gaston Means (Stephen Root) makes his return and does some detective work on Agent Knox as a favor to Nucky. He claims to have no information to provide, but is later seen talking with Knox. Means knows of Knox’s identity. Knox is aware of this and reminds Means that he is “the only thing standing between you and jail”. 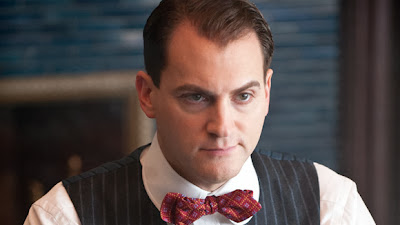 Duality Pt. 5: Manhattan’s Connors & Gold sells securities and trust, but they’re not above employing elaborate sales pitches to entice customers into doing so. Margaret Thompson (now going by “Rowan”) gets good kickbacks from her stockbroker boss when helping to assist in one of these pitches. Later, one such customer turns out to be crime boss Arnold Rothstein (Michael Stuhlbarg), under a fake alias. They clearly recognize each other and Rothstein revels in her awkwardness. She feigns not feeling well to escape the encounter, only to later receive $100 from Rothstein. He calls Margaret later to arrange a partnership regarding what I presume to be insider trading. 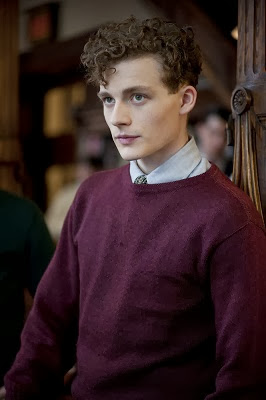 Duality Pt. 6: The evolution of Willie Thompson (Ben Rosenfield). He has dorm sex with Doris, but becomes uncomfortable while sharing a post-coital cigarette. Later, in an English class, the professor reads “William Wilson” by Edgar Allen Poe. The theme of that story is duality. Admiration turns to murder, which leads to the murder of one’s doppelganger (which is tantamount to suicide). Still disturbed by the death of the classmate he poisoned, he leaves the classroom and college altogether. He tells his father during dinner, prompting an angry outburst from Eli. But Willie stands his ground.
You also had Roy Phillips (Ron Livingston) slowly falling in love with Gillian Darmody while nursing her through a heroin withdrawal spell. Also, Lucky Luciano is instructed by Joe Masseria to negotiate a deal with Florida’s Petruccelli to smuggle heroin in addition to alcohol. The mystery of Agent Knox’s identity is starting to unravel. I hope that story has a big payoff soon. The most enjoyable parts of the episode were Kelly MacDonald and Michael Stuhlbarg playing off one another in their one scene. Plot-wise, it’ll be interesting when Nucky learns that his business associate/rival is having business affairs with his ex-wife. It was also a pleasure to see Stephen Root’s return as the slicker-than-grease Gaston Means. I sometimes have to remind myself that this is the man who played Milton in 1999’s Office Space.

Dr. Narcisse is certainly not what he pretends to be. His scarred chest is the closest indicator of his real self. Jeffrey Wright’s acting is superb in keeping the character an intriguing enigma to the audience. Stephen Graham’s typically intense performance as Al Capone is also laudable. As vile as he is, when Capone has killed someone in this series, you usually cheer for him. As stated, almost the entire episode was marked by the duality of its characters. Naturally, one craves transparency. But on a show like this, what fun would that be?

Written by Sy Shackleford (sylar10)
Sy L. Shackleford is a jack-of-all-trades columnist for Action A Go Go. A UConn graduate with a degree in both psychology and communication sciences, he is a walking encyclopedic repository for all things Marvel Comics, hip-hop, et. al. He also writes reviews for hip-hop albums which can be viewed on his Facebook page at https://www.facebook.com/sy.shackleford