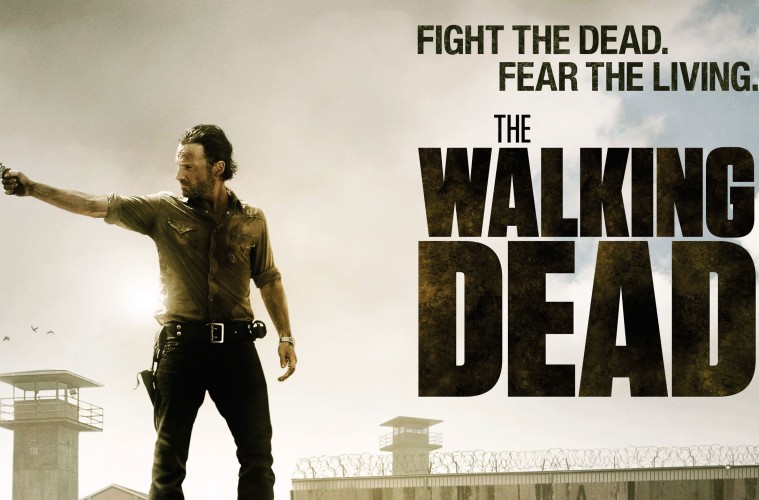 Derek ScarzellaNovember 5, 2013
TV0 Comments5 views
The Walking Dead is a creature of habit. When biding time between significant events, it always sends some of the cast away from home-base (wherever that happens to be at the time) so that they can do some talking and, ostensibly, develop more as characters. These episodes have always been the show’s weakest. They tend to drag, and from a character standpoint, they seemingly just tread water most of the time. Contrary to what the writers seemed to thing, lengthy chit chats do not a character make. So when it became apparent that the entirety of Indifference was going to be one such episode, I became rather hesitant about where it was going. However, it would seem that under new leadership, this episode succeeded where similar previous episodes had failed; not only did this episode throw a completely unforeseen curveball in the final act, but our understanding of all of the featured characters, particularly the new ones, was significantly deepened. 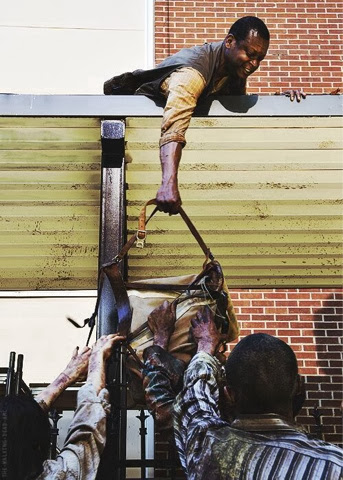 The concept of transformation, more specifically, Carol’s transformation is the focus of this week’s episode. As the confused and rather creepy Lizzie puts it; “We all change, we don’t get to stay the way we started”, and although she’s referring to physical change, the allusion to Carol’s one-eighty from where she started on this show is clear. Transformed from a weak woman consumed by fear, to a stone cold killer who is so far removed from old self she doesn’t even think of her past as her own. The death of her daughter, which devastated Carol back in season two, doesn’t even provoke the slightest of emotions in her now. Sophia is less than a memory, she’s somebody else’s memory, and therefor, by Carol’s own rhetoric, irrelevant now. There’s a lot of ways I could have seen Carol’s character going back in the first season, but this is not one of them. The fact that she survived this long and also changed this much is one of the few things The Walking Dead has completely nailed over it’s run, and Carol may be the most interesting character on the show (if not one of the most interesting on television). 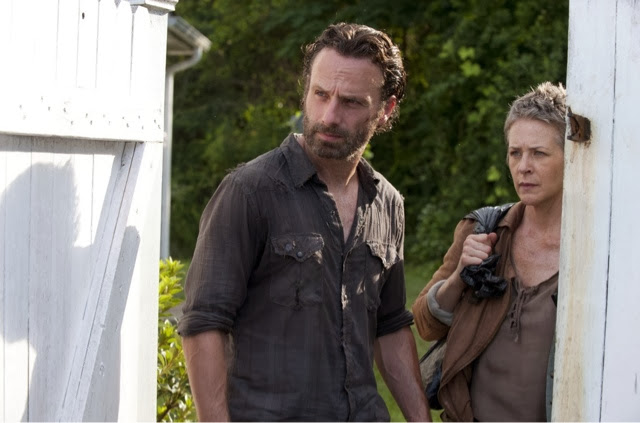 At this point in the show, I had assumed the only way to get written off is to die, but Indifference deals a huge blow clean out of left field by having Rick quietly banish Carol from the prison. It’s the kind of smart decision-making that’s uncharacteristic of Rick, and the kind of writing I simply thought to be beyond the staff behind Walking Dead. It’s encouraging to see major character eliminations and shifts in dynamics that don’t necessitate a graphic demise. It opens up the possibilities for how to handle future story arcs while simultaneously making Rick look more capable. If Rick is going to return to his leadership position, he has to make hard choices, and this episode is fundamental in establishing that Rick is competent and able to be a leader once again.
Elsewhere the search for medical supplies continues, and on the way we get further insight into Bob, Tyreese and Michonne. Bob’s alcoholism takes a turn for the potentially lethal when he almost sacrifices himself, and puts the rest of the group at risk, for the sake of a few bottles of whiskey he happened upon while foraging for medicine. Bob apparently suffers from survivor’s guilt as the lone remaining member of two different groups he had joined previously (in a manner yet again reminiscent of last season’s Clear), not to mention the demise of Zach inadvertently caused by his alcohol addiction. The problem with alcoholics and crippling guilt? They resort to even more alcohol. I have to hand it to the Walking Dead writing staff with this particular character in circumventing bad habits of season’s past. Not only are we getting a significant amount of screen time with this newbie, but we’re swiftly understanding him as a flawed, dynamic character. In a similar fashion, both Tyreese and Michonne get more exposure in Indifference as well. When death and suffering become a common occurrence in every day life, it’s bound to wear down the human mind’s ability to think clearly. Both Tyreese and Michonne have been acting impulsively, Tyreese with an apparent death wish and Michonne hunting for The Governor in vain, but neither really knows why they’re doing what they do. Emotional strain has dulled their foresight in ways they are simply too weary to try to process anymore. When every day is a life or death struggle, mental well-being takes a backseat to survival, a reality which takes a high psychological toll on the survivors. Though Tyreese and Michonne both experience a turning point away from this particular issue in this episode, it’s an interesting (and highly neglected) concept to explore in the zombie-verse, and one I hope we see a return to in the future. 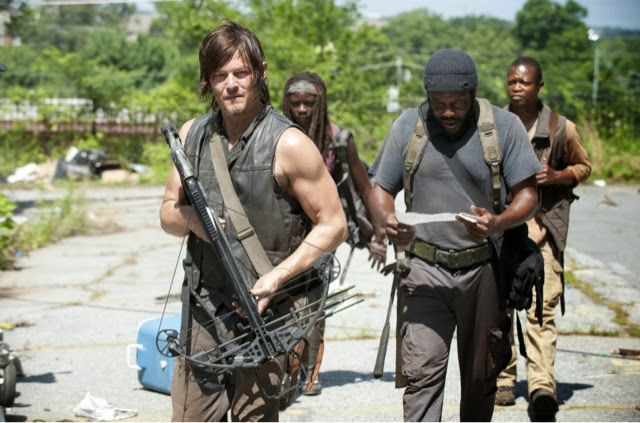 Thus far, this season of The Walking Dead has managed something that any show that aspires to greatness must nail down; balance and stability. Past seasons of TWD have greatly misused different stories and ideas, never digging deep enough to really hit the meat of a concept, instead just skimming over. The result was stories that simply didn’t have enough gas in them to be sustainable, and made the writers grasp at strands for an interesting story to tell. Scott Gimple is pacing himself here, and really giving each character and story their dues, mining deep for ideas to explore. A smarter, more strategic approach for a smarter story. Four episodes in and it’s already crystal clear that this new Walking Dead is vaslty improved, and may yet live up to the largely unfulfilled promise of it’s pilot episode.
Grade: B+
Other thoughts
Three black people and a white guy go out on a mission and none of the black people die? This is a Walking Dead milestone! Nay, a television milestone. Perhaps even a milestone in film history!
Okay, so Lizzie is crazy. Interesting. Not sure it works but it definitely has potential.
It would seem this entirely season has been tonally and thematically using Clear as a template. A re-pilot of you will. And given how that episode was a perfect example of everything this show needed to be, this is a solid strategy on the part of the writers.

Andrew Allen is a television (and occasionally film) writer for Action A Go Go. He is an aspiring screenwriter and director who is currently studying at the University of Miami. You can check him out on Tumblr @andrewballen and follow him on Twitter @A_B_Allen 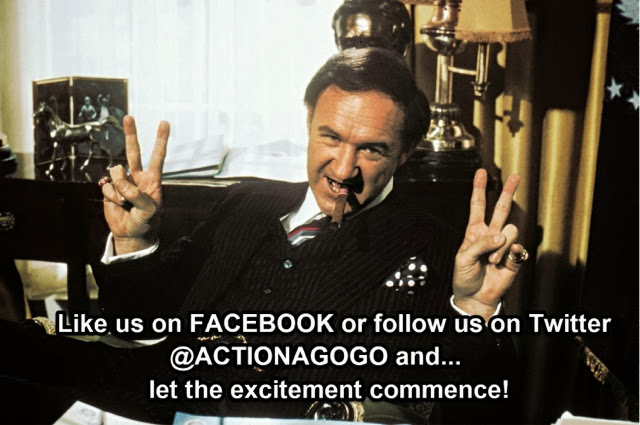