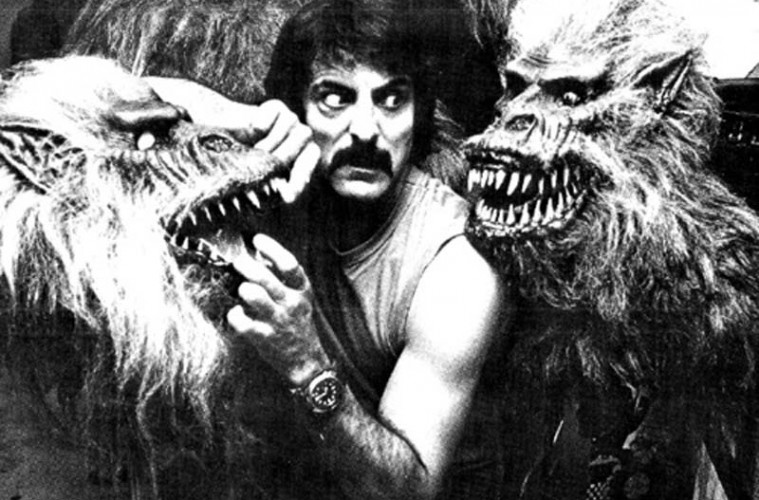 TOM SAVINI JOINS THE CAST OF ‘FROM DUSK TILL DAWN: THE SERIES’

If you know about the movie From Dusk Till Dawn this is some exciting news! Savini originally played “Sex Machine” in the original movie. From that role we got this priceless bit of action movie glory below:

Unfortunately he won’t be reprising his role as Sex Machine, instead he’ll be starring as “the brand new role of Burt, a retired demon hunter who smokes more medical marijuana than he sells.”

That sounds good to me! Savini is a special effects legend as well as an accomplished director in his own right. He directed a remake of Night Of The Living Dead (my favorite zombie film) and is an accomplished actor, with previous roles in Grindhouse (2007), Django Unchained (2012) and more!

Along with Savini comes Marko Zaror, who has been making the rounds in indie action movies, as well as Emily Rios (Breaking Bad) and Ana De La Reguera (Nacros, Jane The Virgin).

Full PR follows with a great primer of what to expect in season 3. If you haven’t been watching Dusk Till Dawn: The Series or the El Rey channel it’s featured on we highly recommend it for any action junkie.

Albuquerque, NM – April 26, 2016 –MIRAMAX® and El Rey Network announced today four new cast additions to Albuquerque-based production of “From Dusk Till Dawn: The Series,” set to return for a third season later this year. Ana de la Reguera (“Jane the Virgin,” “Narcos”) will have a recurring role as Lord Venganza Verdugo, one of the seven remaining culebra Lords whose ancient roots and personal history put them at the center of an epic clash between good and evil. Also joining the cast is Chilean martial arts action star, Marko Zaror (Machete Kills), as Zolo, an Aztec warrior trained in hell, and iconic horror movie maven Tom Savini (Friday the 13th, From Dusk Till Dawn). Savini, who starred as Sex Machine in the original film, lights up the brand new role of Burt, a retired demon hunter who smokes more medical marijuana than he sells.

Season three continues the Gecko Brothers’ saga, as they fight their way through the world of culebras, the vampire-snake hybrids that control hidden empires in Texas and Mexico.   Once the baddest outlaws in the land, Seth and Richie made a run for the border two years ago, to save their lives – and their fortune. They ran headlong into a bar full of bloodsuckers and bandits, facing off with the vampire goddess, Santánico. The Geckos joined her cause and settled an old score.  It won them a place in theculebra world. Now, that world is about to explode, and new enemies are gathering – dark forces, hell-bent on destruction and domination. It’s up to the Geckos to stop them – but they can’t do it alone.