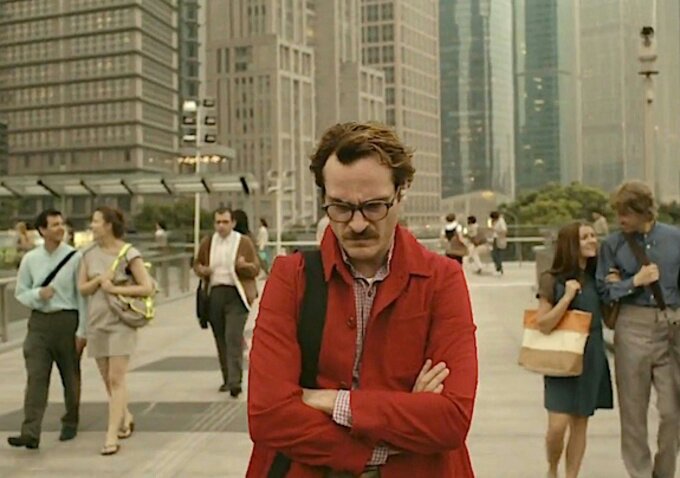 Putting aside my blatant “robophobia,” I’ve started to become more and more intrigued by Her. I’ll admit that, initially, I was quickly dismissive of the film, but seeing Spike Jonze’s name attached to the trailer turned me around pretty quickly.

Director Spike Jonze is the mind behind Being John Malkovich, Adaptation, and Where the Wild Things Are. His short but revealing filmography seems to specialize in taking the audience through surrealistic journeys, all in an effort to re-discover the fundamentals of humanity. (Jesus. I sound like a movie trailer.) If anyone can make you believe in the heart of a machine, it’s Jonze and his oddly affecting worldview.

Depending on where you are in the world, Her has either already been released or will be coming to a screen near you this week.

Here. This piece on Siri’s reaction to Her was interesting too.