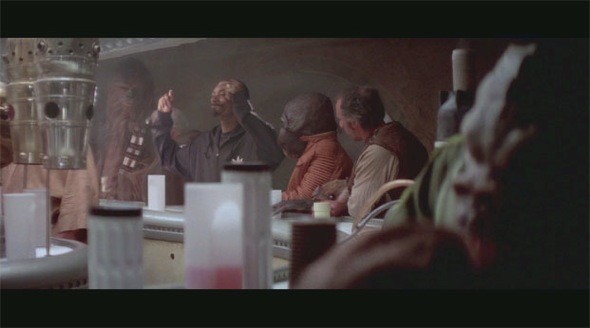 A few weeks ago,  I introduced ActionAGoGo.com to the video skillz of the Auralnauts. Turns out that their video editing hi-jinks were only the beginning.

This week on Tunesday, The Auralnauts take their obvious love for genre films and turn it into a  jam that Oola would deem twerk-worthy. This is “Space Pub,” an EDM mix-up of John Williams’ classic “Cantina Band” from Star Wars.

I haven’t done a lot of searching around to see if someone has already, but I would love a Mos Eisley music video (that is, with footage from A New Hope) for this bad boy.