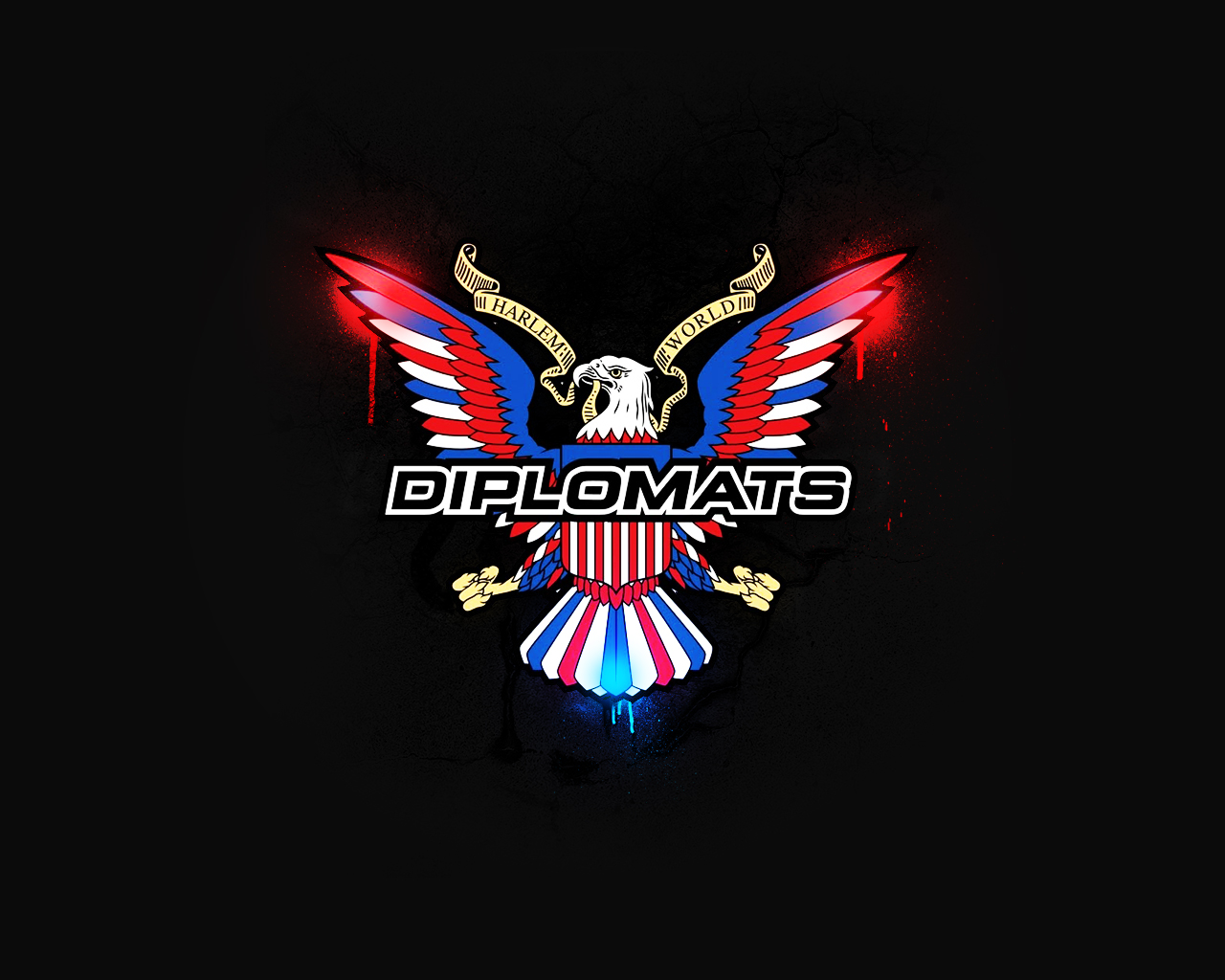 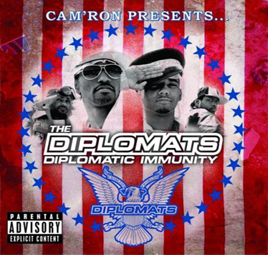 Cameron Giles’ (b/k/a “Cam’Ron”) signed to Jay-Z’s Roc-A-Fella records in 2002 and earned his first platinum plaque with his third solo effort Come Home With Me. In hip-hop, if an artist goes at least platinum, then he can afford to put his whole crew on as well. Cam’s success enabled him to promote the Diplomat name as a boutique record label helmed by Diplomat affiliates and members. In the coming months, Cam and company flooded the mixtape scenes, donning themselves in American flag garb as both a gimmick and a reflection of post-9/11 New York City. Their music was hard-hitting with plenty of multi’s and charisma. They took the south’s hedonism and put an NY Yankee cap on it. The result was a double album entitled Diplomatic Immunity.

Admittedly, the Diplomats (Dipset, for short) don’t talk about anything outside of drug-dealing, sex, weed smoke, materialism, gangster posturing and faux introspection. And some of the lyrics on this album are highly questionable (I mean, calling their sound “that 9/11 music”and then referring to themselves as the “Dispet Taliban”?). I knew that when I purchased it nearly 11 years ago. At the time, as a college sophomore, it was part of the larger soundtrack to many of my youthful indiscretions from that period. This album made me laugh and scratch my head, all while I was nodding it (the one that my brain is in, mind you). The music, though mostly influenced from the sped-up soul sampling sound popularized by Jay-Z’s The Blueprint, is straight fire.

The crew, consisting of Harlem natives Cam’Ron, Jim Jones, Juelz Santana and Freekey Zekey at the time, had an influence on fashion and hip-hop slang. With Cam’Ron making it cool to rock the color pink and scattering the ridiculous ad-lib “no homo”, Dipset were among the trendsetters of the most prominent New York rap crews during this period (the others being G-Unit and D-Block). Though they rep NYC, they were able to collaborate with others outside of their musical bubble. In fact, the only guest star from NY is DMX, the other two are Philly’s Freeway and NOLA’s Master P.  While they all possess multi-syllable rhyme schemes, its Cam’Ron who’s possessed of the highest skill-set. He’s had the most experience as an emcee and understands flow and has a penchant for pop-cultural witticisms. What he lacks in meaningful subject matter, he more than makes up for it with charisma. The others do as well, but not to the extent the Cam does.

The production-duo, the Heatmakerz, produce the bulk of the album. Starting off their sped-up soul music technique with “Who I Am”, Juelz Santana engages in some pseudo-confessional bars that make me wonder if he freestyled his way through this track while he was high. It sounds off-beat and he spits lines that, to his partial credit, are attributed to him being “twisted and drunk”:

Damn, shit, I see ghosts when I sleep
It’s real, I got to wake up, just to know I was sleep

I’m sorry, but that line makes no damn sense to me. Thankfully, the Spike ‘n’ Jamahl-helmed “Ground Zero” has ‘certified banger’ written all over it. Built off of a familiar 80’s hair-metal guitar sample, Juelz sounds better and more coherent, and Jim Jones makes his 1st appearance on the album. But it’s Cam’Ron’s tightly-delivered verse connecting coke-trafficking to Jason Williams that steals the show. Given my aforementioned description of Cam’s lyrical contributions, I’m not wrong when I write that his verses are the best parts on the album. Then-incarcerated member Hell Rell comes a close second, though his contributions are few and actually pre-date Jamal Barrow rapping over a prison phone.

The lead single, “Dipset Anthem”, was highly successful. Containing frantic drums and a chopped reggae sample, the beat became a freestyle favorite and the track itself found its way into the “Scarface: 20 Anniversary Documentary”. Just Blaze laces two of the most catchiest sample-based tracks “I Really Mean It” and “Built This City”. One of my favorite tracks is “Purple Haze”, mostly because of Cam’s hilarious one-liners. “My Love” featuring Freeway sounds like it could’ve infiltrated the pop radar, as did their Master P-approved “Bout It Bout It” remake for the new millennium. “I’m Ready” is a high-pitched soul sampled looped repeatedly and has Juelz, Jimmy and Cam spitting the kind of verses that you’d hear in a blunted cipher, which this was. While the music was on-point, some of the vocals laced on top made some of the tracks into filler.

Dipset’s choice of beats on mixtapes and albums, not to mention their eventual recruitment of high-caliber street lyricists (40 Cal. and JR Writer), made them an intriguing bunch. Their close-knit cliquish group mentality and thuggish undercurrent made them the nWo of Roc-A-Fella Records. The implied instability of such a comparison is what drove them apart to the point where we now see only scattershots of them. But however I see them in the here-and-now, I can’t revoke much from Diplomatic Immunity.