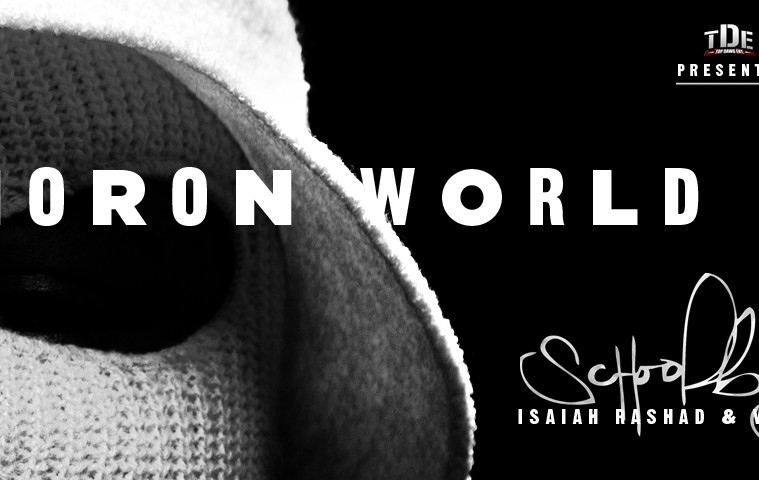 Being associated with a rapper like Kendrick Lamar isn’t a bad thing. When you manage to garner near-universal critical acclaim with your first shot out of the gate in the majors, that’s when everyone standing next to you looks good. Kendrick’s shine rubbed off enough on his crew so that some graduated from the minors and straight to the major league of the music business. Enter Quincy Hanley.

Better known as Schoolboy Q, the west coast emcee has racked up quite the number of guest appearances since 2012. He’s worked with everyone from his fellow Black Hippys to Drake to 50 Cent. The hype surrounding his major-label debut struck a chord with me when Q claimed that his debut was going to be better than Kendrick Lamar’s. That’s a difficult feat, but I like Q enough to give his album a fair shake and decide for myself.

The opening track, “Gangsta”, with a vocal intro from his daughter, lets you know the kind of rapper Schoolboy Q represents: The gangsta rapper. By his own admission, he’s a good student-turned-drug-dealing-gang-banger-turned-gangsta rapper (isn’t it nice to be hyphenated?). It’s filled with all of the conventional lyrical attributes of a young man looking back on his dark past and leaving the audience unable to discern if the tale is precautionary or one that glorifies. The same can be said for nearly the whole album. The album’s lead single, “Collard Greens”, is an ode to that California rich greenery. With a bouncy club beat aptly provided by producer THC, the song greatly benefits by featuring a verse from K. Dot Lamar himself:

And I’m more than a man, I’m a God, bitch, touche, en garde
Toupée drop and her two tits pop out of that tank top and bra
And when I say “Doo-doo, doo-doo,” bitch, that be K. Dot
She want some more of this, I give her more of this, I owe her this
In fact, I know she miss the way I floored this, I’m forgis
I know my Houston partners, drop a four on this
And focus, and slow it down, alright, let me blow this bitch
I’m famous, I blame this on you, cash in the mirror
Hang in my penthouse roof, skyline the clearest
Watch it, your optics, popping out, you look the weirdest
Pop my top on the 105, head with no power steering, ah!

One of my favorite tracks is the BJ the Chicago Kid-assisted “Studio”. The hook is definitely a sing-song, and the beat has plenty of synths with 808 drums on top of it. As far as Q’s lyrical technique goes, he frequently employs a quick (not fast)-paced growling rhyme-flow that’s embedded within a verse instead of entirely comprising it. He also utilizes some clever wordplay here and there. The 7-minute long two-part narrative, “Prescription/Oxymoron” is an example of the often-touted, but rarely followed drug-dealing rule of “don’t get high on your own supply”. Fellow west-coast hip-hopper, The Alchemist, takes a break from his east-coast affiliates to create a dark and ominous sound-scape with dusty sampled drums on “Break the Bank”.

So how does Oxymoron compare to good kid, mAAd city? It doesn’t.

Kendrick’s debut was and is vastly superior to Q’s. Oxymoron has too much west-coast gangsta in him from a bygone era of rap where such a style was highly accepted and strongly encouraged. With his flow and wordplay, I’m surprised he didn’t include Drake on his debut since they sound similar in style. While he’s definitely a hard-hitter, he didn’t make a home-run with his first shot, nor did I expect him to.