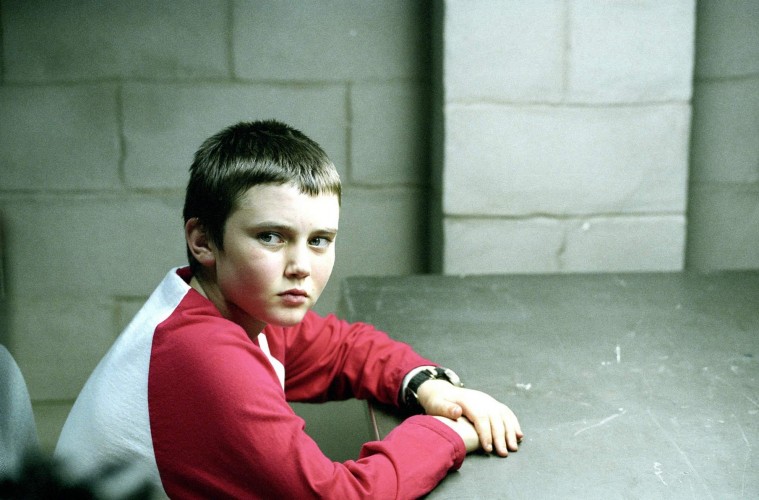 Late last month, I asked several of our contributors here at ActionGoGo.com to share their favorite underrated films with our readers. The following 6 movies are forgotten gems submitted by our very own tastemakers.

But what classifies an underrated film?

Movie production has always been a bit of an assembly line. From the days of the studio system to the modern age of “on demand,” the film industry has been and continues to be a revolving door. Movies go in and movies go out. For that reason, plenty of great films fall through the cracks. Some just never get the marketing push they deserve, others are tripped up by critical bias before they even are released. Even worse, certain films are just way too ahead of their time.

Either way, these flicks are underrated and overshadowed. It’s about time they were given a second chance….

Two separate sets of voluptuous women are stalked at different times by a scarred stuntman who uses his “death proof” cars to execute his murderous plans.

Admittedly, Quentin Tarantino’s Death Proof is slow, foot-obsessed, and so hip at points that it feels like a Tarantino impersonation instead of the real deal. It’s short but feels long. It’s talky and self-indulgent. Its light on action, however…it is big on suspense.

A good 30+ minutes of the film’s beginning is dedicated to a series of dialogue that lures an unsuspecting audience right into a disturbing eruption of violence. For viewers familiar with Hitchcock’s Psycho, it’s their reward for being patient. For the rest of the audience, Tarantino plays off their false sense of security, betrays them, and then suckers them in for the second half.

The middle of the film introduces us to a new set of potential victims. The dialogue isn’t Quentin’s best but it sets up so much while avoiding the trap of sounding like blatant exposition.

Death Proof becomes whole as the second half revs up, subverting the grindhouse genre with damsels who are far from distressed. In particular, during an insane car chase that puts all car chases to shame, longtime stuntwoman Zoe Bell finally becomes an on-screen action hero, defying death without the aide of CGI but powered by sheer fortitude.

A low-ranking thug is entrusted by his crime boss to dispose of a gun that killed corrupt cops, but things get out of control when the gun ends up in wrong hands.

One movie I enjoyed that I think is grossly underrated is Running Scared (2006) with Paul Walker and Vera Farmiga.

Perhaps the Tarantino-styled storytelling seemed too ambitious for anyone to attempt besides Quentin. Perhaps the names attached just weren’t big enough to spark the interest of the audience at the time. Whatever the reason, Running Scared definitely didn’t get enough attention. Which is fitting seeing how this film wants you to never see what’s coming.

One reason that I’m giving it the “under-appreciated” status is because of the lack of credit given to its stars. Particularly, Paul Walker. Walker and the rest of the cast’s performances are so realistic in their urgency that it makes the whole thing convincing.

I won’t give too much away but the twists in the story are unexpected. Even when the dialogue is lacking, the turns in action make up for it.

From the animated credits down to Wayne Kramer’s camera perspectives, there is enough here to keep you interested from start to finish. Any fan of Tarantino or Guy Ritchie should check this one out.

Two bumbling store clerks inadvertently erase the footage from all of the tapes in their video rental store. In order to keep the business running, they re-shoot every film in the store with their own camera, with a budget of zero dollars.

Cheerfully, director Michel Gondry (Eternal Sunshine of the Spotless Mind) rediscovers the joy of cinematic experimentation with Be Kind Rewind. The film is a bizarre mix between 1970s sitcom, Jerry Lewis, and film class (seriously, the way Mike and Jerry remake these big budget Hollywood films is kind of ingenious).

While Gondry’s endgame isn’t immediately apparent until the final moments, when the movie hammers home its inspiring message of America’s most romanticized art form, it is oddly impactful.

A man blinded by toxic waste which also enhanced his remaining senses fights crime as an acrobatic martial arts superhero.

Daredevil fared the way it did critically because of the timing of its release. Though it recouped its budget at the box office, initially, the film received a lukewarm response by critics. Also, before opening day, it was endlessly derided by fans of the character who simply couldn’t stand Ben Affleck in the title role.

Still, you have to keep in mind that it was 2003. Viewers expected every comic book movie to be either Spider-Man (2002) or X-Men (2000). Which isn’t a fair comparison seeing how tonally different those characters are.

Although I too thought the theatrical version was Okay, Daredevil: The Director’s Cut is a different story entirely. The D.C. is more violent and has the type of “grit” that the character and his supporting cast are known for in the comic books.

Speaking of which, in this version, fans are treated to plenty of sly references to Daredevil’s comic book creative teams. Keep an ear out for namedrops of artist like John Romita, Jr., Frank Miller, Joe Quesada, and, of course, a cameo by Kevin Smith.

Two couples vacationing together in an R.V. from Texas to Colorado are terrorized after they witness a murder during a Satanic ritual.

This grindhouse action/horror tells the story of two co-workers on an RV vacation in Texas who accidentally witness a human sacrifice.  They are spotted as they drive away and along with their wives and dog are relentlessly hunted by an interconnected and powerful group of Satanists.  The movie is a bit slow to start (hence the meaningless

motorcycle race at the beginning to keep the audience’s attention) but counterculture icons Peter Fonda and Warren Oates commit surprisingly to their roles as they drive across the Southwest and slowly learn not to trust anyone.  It’s almost comical how apparently EVERYONE is a Satanist in this film.

The money sequence occurs when the Satanists ditch their clandestine hunt (including mysterious notes and hiding rattlesnakes in the RV) and pull out all the stops in a knockdown, drag out car chase.  The heroes attempt to hold them off with shotguns, molotov cocktails, and spectacular car crashes that are all pretty impressive given the obviously low budget.

Race with the Devil isn’t particularly easy to find, but if you get your hands on it, you will see a standout entry that belongs in the pantheon of classic B-movies.

“When you race with the devil, you better be faster than Hell!”

Amidst a territorial gang-war, a sophisticated alien hunter stalks the citizens of Los Angeles and the only man between him and his prey is veteran LAPD officer, Lieutenant Mike Harrigan.

Sometimes sighted as a bad movie by people who don’t know what they are talking about, Predator 2 does everything a sequel should: It calls back to the original movie while bringing new toys to the table. It also opens up the Predator “lore” in a way that ALL of the proceeding Predator cash-ins have failed, with the exception of (maybe) Predators. All this under the backdrop of a smoldering Los Angeles cityscape — bursting with riots and next-level gang warfare! Danny Glover also gives one of his best action performances ever, proving that he doesn’t need Riggs by his side to kick some ass.