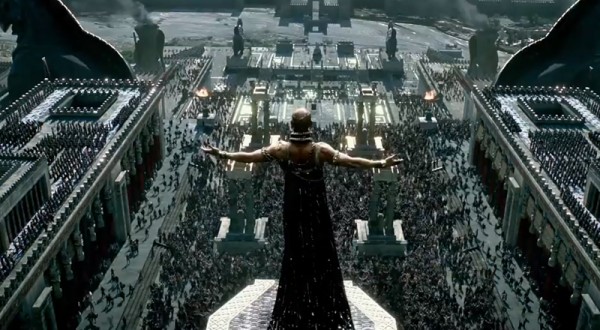 It took me a second to connect the dots on Junkie XL. Quietly, the Dutch musician has been credited within the liner notes of some hard action soundtracks: The Animatrix? Junkie XL. Resident Evil? Junkie XL. Man of Steel? Junkie XL. God of War II? Junkie XL. Mass Effect 3…well, you get the idea.

As the non-traditional moniker (for a composer) may suggest, JXL is primarily known as a producer and DJ, taking existing tracks by Justin Timberlake and Fatboy Slim and giving them an official remixing. Now, Junkie XL has landed 300: Rise of an Empire.

Approriately enough, the full score (below) is mostly bombast, but there are some gems. In particular, “Artemisia’s Childhood” and “Fog Battle.” If you’re more of a mash-ups kind of person, I’ve included that “War Pigs” deal from the trailer too.