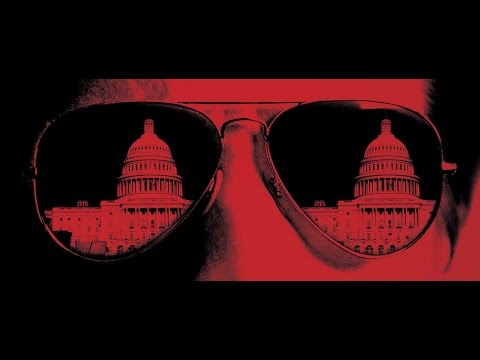 5 Reasons Why You Should Go See ‘Kill The Messenger’

Over the week, I witnessed what could be the greatest performance of Jeremy Renner’s career. The film is called Kill The Messenger and Renner takes on the role of real life “social justice warrior” Gary Webb.

Back in the late 1990s, Web, a Pulitzer Prize-winning journalist, exposed the CIA’s involvement in trafficking crack-cocaine into ghettos throughout the USA. With every rock sold, the CIA profited, allowing them to fund a rebel war in Central America. The twist: Webb never openly implicated the agency. The CIA implicated themselves by working overtime to smear and discredit Webb.

If you haven’t heard about this maddening, brutally honest film then I’m not surprised. Kill The Messenger hasn’t received an overly-aggressive marketing campaign and it was released during a time typically reserved for “found footage” horror. Hopefully the movie (which Renner also produced) gains traction during its seemingly limited release, and hopefully you can join in the “I told you sos” when/if it gets any award nominations.

But why SHOULD YOU go see it? Oh, I think I can come up with maybe 5 good reasons…

1. It dramatizes events but never sensationalizes them.
Just like last year’s Dallas Buyers Club, Kill The Messenger is always genuine and never “Hollywood.” But, unlike the films coming up this awards season, Kill The Messenger isn’t Oscar bait attempting to tie up real life hardship with a happy ending.

2. Jeremy Renner puts the film on his back and sells it.
Like I mentioned before, Renner really does give a career-topping performance here. His familiar on-screen charisma carries the viewer through the film’s first half, painting the picture of a family man with deep rooted convictions. However, once the wheels fall off, Renner externalizes Webb’s paranoia, becoming a different man while never betraying the honesty in his scenes from earlier.

3. There are plenty of great cameos.
Renner isn’t alone. Many actors tag in and out throughout the film, creating a sort of visual shorthand from their very presence. In particular, there is a cameo from a classic “wise guy” actor that is a surprising shift in overall tone for the performer.

4. It is incredibly relevant.
Regardless of your political leanings, 2014 has raised plenty of concern about transparency — from big government to journalist. Like the fictional Captain America: The Winter Soldier earlier this year, Kill The Messenger benefits even more from timing.

5. You might learn something.
Which brings me to my final point: Cycles. Because of the timing of this film’s release, it is guaranteed to resonate strongly for those willing to pay attention. Despite Kill The Messenger‘s mid-90s backdrop, the movie’s sobering take on race, journalistic integrity, and transparent government underlines a reality that is horrifying to consider: Maybe we are doomed to repeat history.