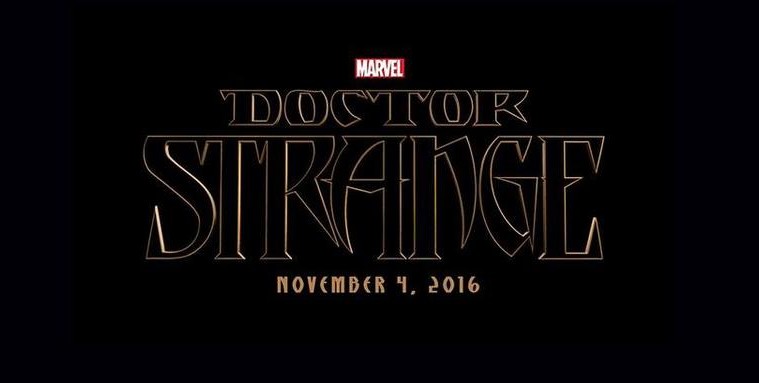 Many fans of the super hero film genre have expressed everything from discontent to sarcastic “mehs” at the announcement of Dr. Strange having a feature film. These are the fans who either don’t know enough about the character and/or don’t care to know anything about the character at all, comfortable with their conjectural notions and operating under the assumption that they’re somehow making a value judgement. I (respectfully) disagree. To make such a judgement and transcend conjecture, you have to be able to rationally support your decision. For Dr. Strange, many people are skeptical and ignorant of his role in the Marvel Cinematic Universe. From his background in the comics, the direction of the films thus far, and the Easter egg from Captain America: The Winter Soldier, quite a bit can be extrapolated about the presence of the Sorcerer Supreme. 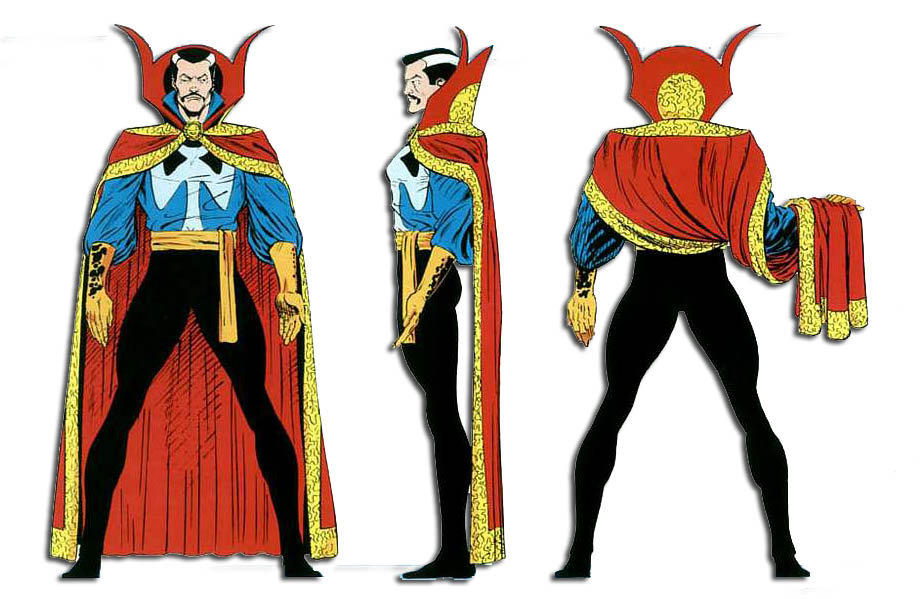 WHO IS DR. STRANGE?

Stephen Strange was born in Philadelphia in 1930. When his sister, Donna, was injured during their childhood, providing aid for her is what inspired him to become a doctor. He entered as a pre-med student at a New York college. During a semester break, he went swimming with Donna, she suffered a cramp and drowned. After failing to find her until it was too late, Stephen became disillusioned. He earned his medical degree in record time and entered a five-year residency at a New York hospital. His success as a talented neurosurgeon made him vain and arrogant. Though he became a wealthy and celebrated doctor before the age of 30, his cold and callous nature (combined with a sole concern for high fees) only served to exacerbate his vanity. Dr. Strange was later involved in a car accident that caused nerve damage in both of his hands, ending his surgical career. He now suffers from micro-tremors in his hands that prevent him from performing surgery. Too proud and vain to accept even a prestigious consultant position, Strange exhausted his wealth on any treatment that could cure him. Reduced to a drunken derelict and performing back-alley medical procedures for practically minimum wage, Strange pawned his remaining possessions for a plane ticket to Tibet after hearing of a mystic called the Ancient One. Arriving at the Ancient One’s palace, Dr. Strange was refused a cure but stuck around anyway after seeing the Ancient One battle mystical forces. When his pupil, Mordo, was revealed to be the attacker, Strange attempted to stop him, but Mordo mystically restrained him. With his first unselfish act in years, Strange offered himself as the Ancient One’s disciple. For at least a decade, the Ancient One taught Dr. Strange the art of sorcery. Mastering the mystic arts, he battled mystical entities attempting to harm his dimension. He eventually moved to New York’s Greenwich Village and became a mystical consultant with a servant named Wong. Though he operates mostly solo, he has served as a member of both the Defenders and Avengers. 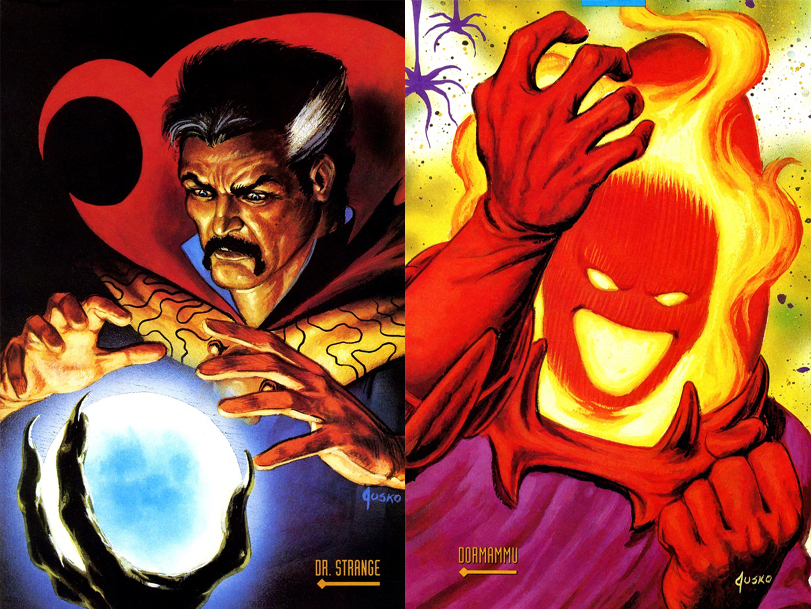 Created by Steve Ditko, his first appearance was Strange Tales #110, July 1963. He was created to appeal to the demographic interested in eastern philosophy and psychedelic drugs. Because of his mastery of sorcery and knowledge of mysticism, Dr. Strange is frequently referred to as the Sorcerer Supreme. While seemingly just a title (one that Strange once compared to being called the “fastest gun in the west”), it’s actually a designation for the most powerful mystic in a dimension. Every dimension has one. For the Dark Dimension, it’s Strange’s main adversary Dormammu (see the photo above). For the demonic dimension of Limbo, it’s Illyana Rasputin (that’s Magik, for my X-Men folks). For the dimension of Earth, it’s Dr. Strange. For Strange, it’s the Vishanti (a mystical triumvirate residing in their own dimension) who have acted as patrons of the Sorcerer Supreme for thousands of years, lending their power to that champion of justice. In Marvel stories involving magic, arcane, witchcraft, sorcery, and so forth, there’s a good chance that Dr. Strange will be involved or mentioned at the least. A trained martial artist and occasional medical consultant, being a pimp should also be part of Dr. Strange’s occupational repertoire. Not because he attracts women, but rather because of that great big red cape he wears.

Strictly speaking, Dr. Strange and other human sorcerers do not possess superhuman powers. Only the ability to manipulate mystical energy lies within an Earth-born

sorcerer, not the energy itself. Theoretically, any Earth human can tap into an infinite amount of mystical energy. However, each person is limited by his/her own amount of training, discipline, knowledge, and enlightenment as to the mystic arts. As Sorcerer Supreme of Earth, Dr. Strange possesses a greater knowledge and mastery of the mystic arts than anyone else on Earth. He was born with a great talent for sorcery, and he has fulfilled that potential through long years of study and training. Aside from manipulating mystical energy, he also derives power from his own natural psychic potential and extra-dimensional energies/power sources. He has manifested energy projection and manipulation, matter transformation, animation of inanimate objects, teleportation, illusion-casting, mesmerism, thought projection, astral projection, dimensional travel, time travel and mental possession, to name a few. Doctor Strange also wears the Eye of Agamotto, an amulet which can radiate light, pierce illusions, probe minds, open extra-dimensional portals, and perform other feats. He has a Cloak of Levitation which enables him to fly without expending personal magical energy. He possesses several other mystic artifacts, including the Orb of Agamotto, which he can use to observe events virtually anywhere in the multiverse. He has a library of mystic tomes, some of which, such as the Book of the Vishanti and the Darkhold, can serve as power sources or weapons in their own right.

Though Benedict Cumberbatch is an OK choice for Dr. Strange, I was honestly expecting a more older and experienced actor who looks the part (like Tom Selleck), considering the character’s age. But regardless, I’m interested to see how a Dr. Strange story will be brought to screen. I hope they include a good portrayal of his shift from selfish doctor to dedicated mystical protector as well as the dichotomy between science and magic. They’ve been exploring that theme in Thor, but that film series hasn’t “wowed” me as much as its peers have. Being a start-up film, it may begin with the dread Dormammu being the main adversary. But who knows? Additional characters to include will, at some point, have to be Clea, Wong, the Ancient One and cameos of other established characters. More than that, it’s going to have to tie into the Marvel Cinematic Universe’s continuity. Considering Phase 3 will involve the third Avengers installment being a two-parter with the the Infinity War in mind, this is right up Dr. Strange’s alley. For the uninitiated, there are six Infinity Gems and their combined power (in the form of the Infinity Gauntlet) basically makes the wearer of the Gauntlet a god. Except for the Time and Soul Gems, they’ve shown four in the MCU so far:

–The Tesseract is the Space Gem. This allows its user to attain omnipresence. The user can exist anyplace at any time and use the gem to manipulate space and the position of matter within it.  Film Appearances: Captain America: The First Avenger (2011) and Marvel’s The Avengers (2012).

Loki’s staff is the Mind Gem. It basically grants the user telepathy (which includes mind control). Under the control of one who’s already psychically adept, it magnifies their power one-thousand fold. Film Appearance: Marvel’s The Avengers (2012).

The Aether is the Reality Gem. It gives the user full control over reality and allows them to do whatever they imagine. It kind of makes the other gems obsolete if you think about it. Film Appearance: Thor: The Dark World (2013).

The Orb is the Power Gem. It’s like steroids for super-powers. If you have superhuman strength, the Power Gem will give that strength a further boost. Film Appearance: Guardians of the Galaxy (2014).

Thanos appears to be the main villain in the MCU and he’s known for being both power-mad for the Infinity Gems and having an infatuation with the Marvel Universe’s physical embodiment of Death. Strange is the only proposed magician thus far outside of Thor and the Asgardians. If made powerful on film, the heroes have a chance against Thanos and may contain the gems with Strange. Also, Strange’s name appearing in Winter Soldier implies that he may already be an established magician and, hence why he’s of interest to S.H.I.E.L.D. But he’s also a medical doctor, a man of science. With Tony Stark and the eventual appearance of Black Bolt from the Inhumans, the Illuminati may rear its head. Additionally, his background as a medical doctor may be used on film as a commentary on America’s health care system. But since that’s just mere speculation, I won’t hold my breath.