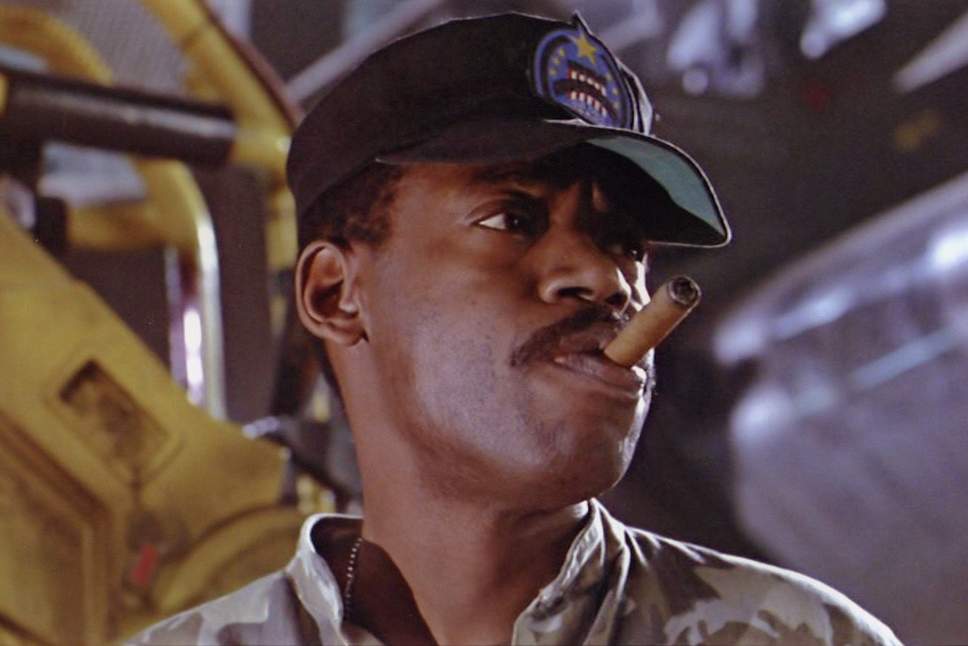 “All right sweethearts, what are you waiting for, breakfast in bed? Another glorious day in the corps. A day in the Marine Corps is like a day on the farm. Every meal is a banquet. Every paycheck a fortune. Every formation a parade. I LOVE the corps!”

“It’s a rescue mission, you’ll love it. There’s some juicy colonists’ daughters we have to rescue from their virginity!”

“Alright sweethearts, you heard the man and you know the drill! Assholes and elbows!”

Those are just a few of the memorable dialogue gems from the film Aliens (1986) delivered by the no-nonsense, cigar-chomping Sgt. Apone, as portrayed by Al Matthews. A real life war veteran prior to transitioning to acting, Matthews died yesterday in his home at the age of 75. Though he had roles films such as in Rough Cut (1980), Ragtime (1981), Superman III (1983), The Fifth Element (1997) and Tomorrow Never Dies (1997), it was his role in Aliens that made an impression on sci-fi audiences. His character portrayal of Sgt. Apone was so endearing that he reprised him for the 2013 video game “Aliens: Colonel Marines” and was even the inspiration for the character of Avery Johnson in the worldwide game franchise hit “Halo”.

A tribute video was made yesterday in his honor. Though gone in death, he will forever live on screen. RIP Al Matthews.