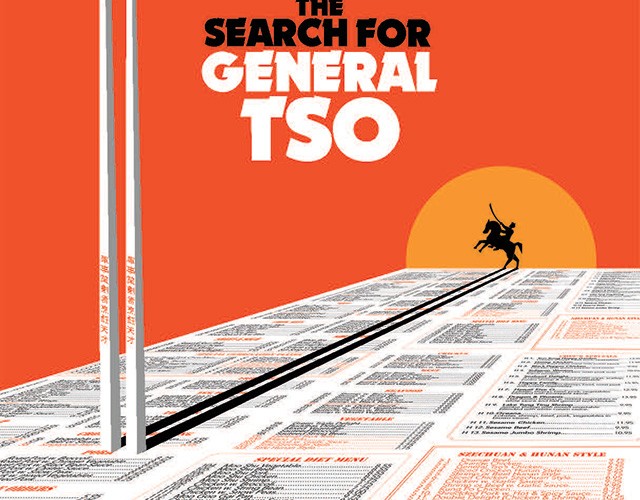 Movie Review: THE SEARCH FOR GENERAL TSO (A.K.A The Tastiest Documentary In Theatres Right Now)

How an obscure hero became one the America’s most popular dishes.

Every once in a while a documentary comes out about something ubiquitous in our culture and tells a story that is utterly fascinating about it’s history. This year The Search For General Tso is such a film.

The Search For General Tso unveils the hidden history of the Chinese dish General Tso’s Chicken and attempts to explain how it became a staple of Chinese restaurant menus across the country. In particular, where the chicken, rice, and brocolli combo came from and whether General Tso was a real person or not. If you are a foodie or even a casual viewer of cooking competition shows then this movie should pique your interest.

The film opens up with a wide array of interviews, from random customers to actual Chinese restaurant owners. Most notably (and my favorite), director Ian Cheney interviews a man who has been collecting Chinese takeout menus since 1981 and is a self-proclaimed “menu expert.” So it’s fun and filled with interesting personalities from the very beginning. However, taking heads are not all the movie has to offer. Once the film hits its stride and begins telling the story of Chinese immigration into the United States the whole documentary opens up.

Do you want to know where those fortune cookies come from? How those takeout boxes are made? Why Chinese restaurants are all over the country? It’s all there being held together by the story of this one delicious meal, its link to the American Dream, and the trials and tribulations associated with achieving it.

Were there any downsides or weaknesses? The only thing that comes to mind is a reliance on animation that at times may feel gimmicky or at worst unnecessary. I have a feeling that such sequences are en vogue for documentaries these days. Even my current (mostly) foodie show Parts Unknown uses them occasionally. But even I’ll admit that is a minor criticism compared to the overall quality of the film.

Speaking of quality, the film’s cinematography is fantastic. General Tso’s Chicken (ironically, a dish I haven’t tried) has never looked so good. There are entire shots of mouth-watering pan-fried poultry being smothered in sauce — steam billowing from plates of rice and chili peppers while being served up to soon to be satisfied customers. Damn.

You can catch The Search For General Tso in theatres or On Demand. Check out the trailer below.