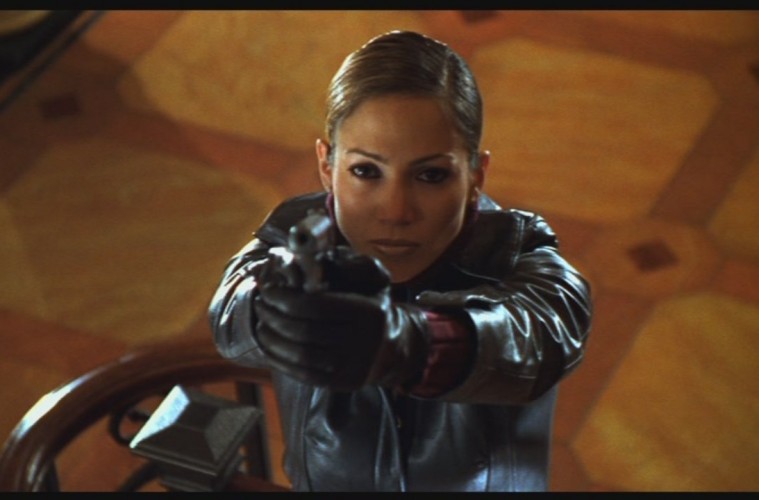 Before the MCU, Elmore Leonard was carving his own corner of the movie world.

Earlier today, I was watching Marvel’s Daredevil on Netflix. It was the episode where Matt Murdock (played by Charlie Cox) briefly mentions how he became blind in the first place. Every time I think of Matt’s accident, I think of the origin of the Teenage Mutant Ninja Turtles. Why? Because they are connected. In Eastman and Laird’s original run of TMNT from Mirage Studios, the creators connected the incident that gave Daredevil his radioactive gifts. However, instead of splashing Matt in the eye, the radioactive goop cracked above a sewer and… 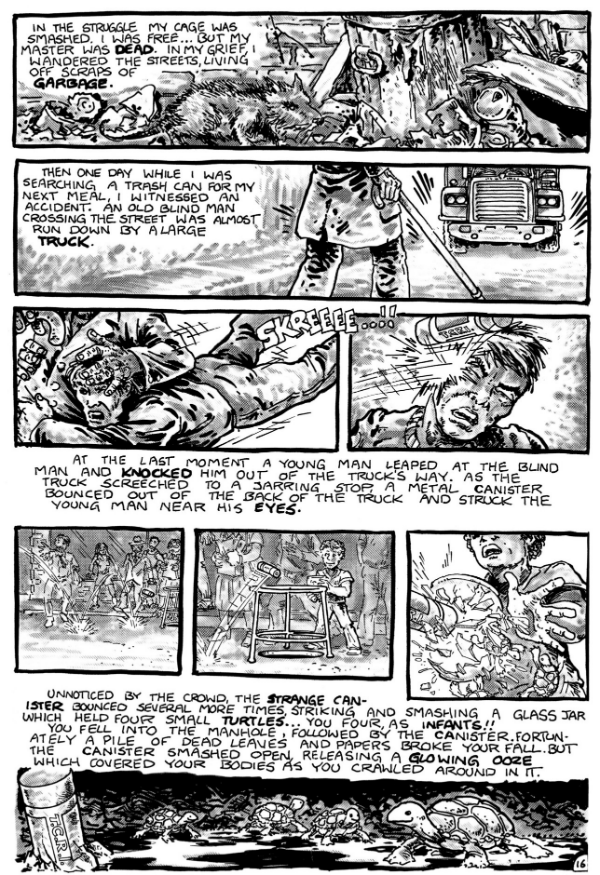 As any comic fan can tell you, crossovers can be really fun (i.e. The Marvel Cinematic Universe) or they can be really confusing  (i.e. The Tommy Westphall Universe — you know, that one where they pretty much discover that 90% of TV is the dream of an autistic kid). Either way you look at it, crossovers are intriguing.

Crossovers also happen all the time on TV. Nobody mentions it, but the once critically-acclaimed and short-lived New York Undercover is in the EXACT same universe as The X-Files, Law and Order, Arrested Development, Luther, and The Wire. Especially when you remind them that New York Undercover was destroyed, and cancelled because FOX felt there weren’t enough white folk on the show. However, both statements are true. 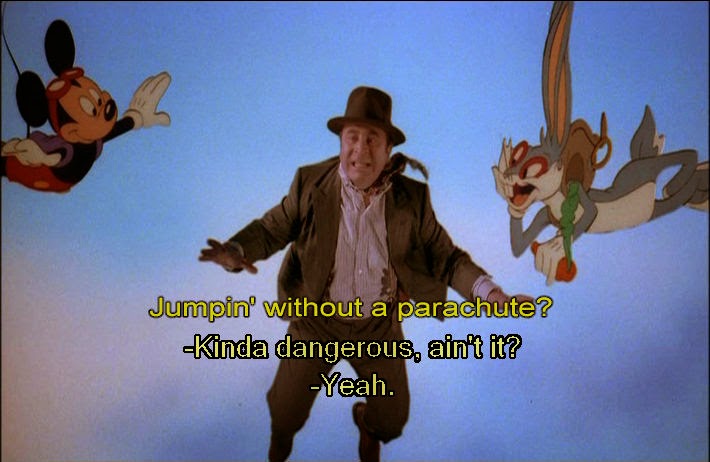 Movies have that same obstacle, but on a much larger and difficult scope. The kind of obstacle that Hollywood use to repeatedly piss off fanboys with all the time until Marvel squashed that. In order for a film to crossover into another film, it takes some serious contract negotiating, lots of handshakes, money grabbing, soul-selling, and promises that characters won’t do this or that. If and when all that is settled, then and only then can a crossover happen. 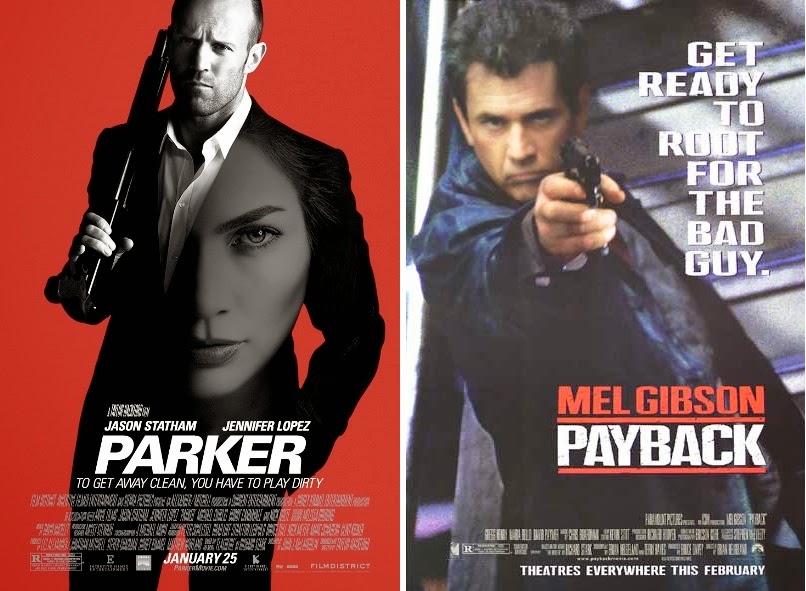 In some cases, these crossovers can just be a specific writer’s running joke — crossovers that sharp eye or a keen ear. I’m talking about the kind of observation that tells you that two unrelated movies are actually about the exact same guy. Like, for example, Parker and Payback. Two completely unrelated films, both about a career criminal inspired by the same character from a series of novels by Richard Stark. However, in the Mel Gibson lead Payback, the character’s name was changed for copyright reasons. Jason Statham and Jennifer Lopez’s Parker, on the other hand, had the distinction of being an official “adaptation.” 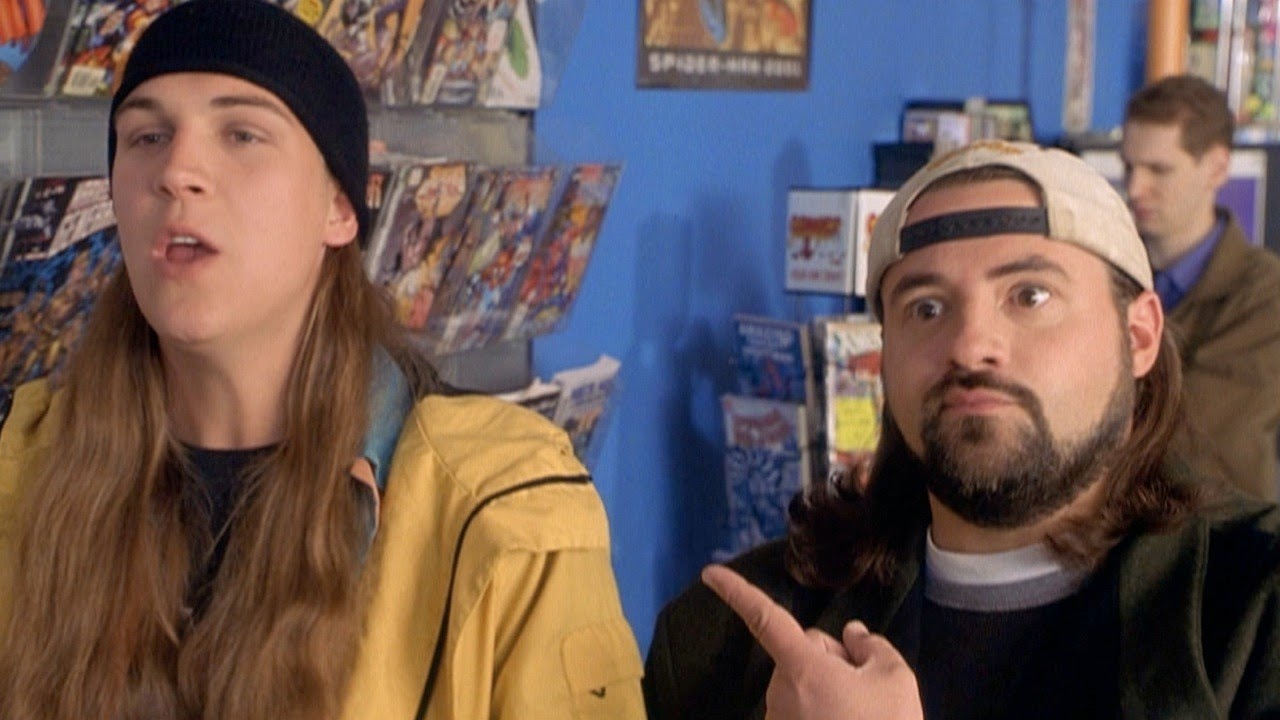 Movies constantly run into this problem because of the aforementioned politics of making films — studios wanting the rights to all the characters in a story. However since about 80% of movies that we enjoy come from books, it’s often you’ll come across films that share the same universe but have various actors playing the same damn roles.

One of the most notorious examples of this quagmire is the series (if you will) of books by a guy named Elmore Leonard. He wrote A LOT of stories. Three of his books, Rum Punch, Out of Sight, and The Switch are  known for thheir connections. In particular, as Jackie Brown (1997) and Life of Crime (2013). These two totally unrelated films, almost two decades apart, are focused on the same career criminal named Ordell Robbie and his attempts at making it big.

In Jackie Brown, Ordell is played by Samuel Jackson. Here we see him at the end of his life of crime — weathered, mature, confident, and smarter, than his younger self. In Life of Crime, Ordell is just starting out and is played by Yasiin Bey (Mos Def). Oddly enough, in both films Ordell’s arrogance still falls victim to the wiles of a beautiful woman who influences his decision to betray his own cohorts.

In Jackie Brown, one of the women in question whispering in Ordell’s ear is the “surfer girl” Melanie, played by Bridget Fonda. The cohort that he is willing to screw over is Louis Gara, played by Robert DeNiro. In Life of Crime, those characters are played by Isla Fisher and John Hawkes, respectively.

What’s interesting to note, in Jackie Brown, Louis isn’t too fond of Melanie, he winds up killing her, much to Ordell’s temporary disappointment. (Which, now that I think about it… that mistrust in the van scene after Melanie’s demise is a little more understood if you see Life of Crime). 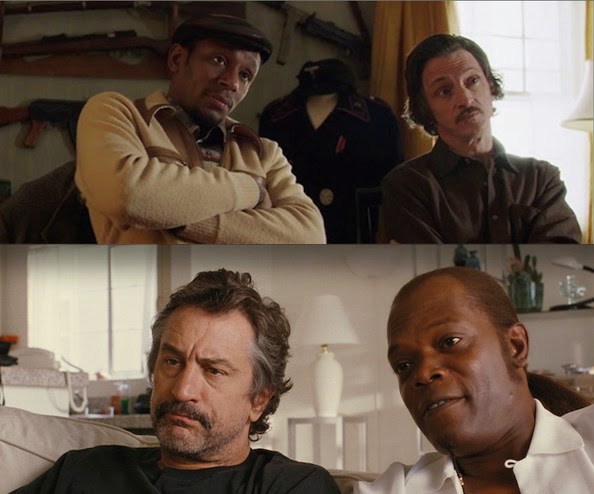 If you watch just Jackie Brown, it makes you believe Louis is just an impatient, ornery old man that isn’t putting up with Melanie’s unfiltered trouble making bullshit. After viewing Life of Crime however, we learn that this broad has been a thorn in Louis side for quite some time. Although, in both films she offers Louis sex with that “Wanna Fuck?” line. Watching LoC made me realize she’s been deserving that death for quite some time.

Another interesting thing to note when watching both films is that you see how Ordell’s own arrogance possibly keeps him from ever hitting big, even when the people that worked for him, now surpass him. Ambition and follow through is a bitch.

In fact, Life of Crime can be seen as a prologue or origin story to Quentin Tarantino’s Jackie Brown. But again…unless you’re sharp, (or you read this first) you probably wouldn’t even notice the relation between the two movies. 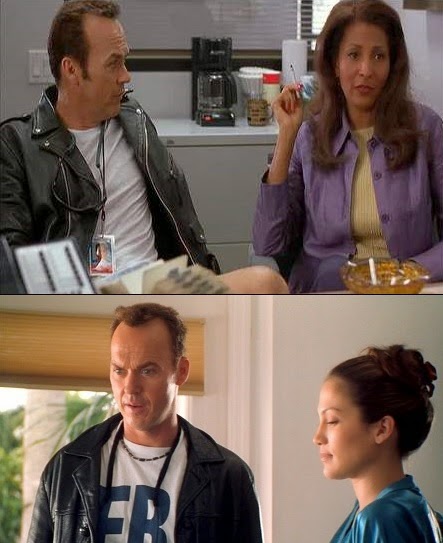 But the Leonard shared universe goes further. In Jackie Brown, Federal Agent Ray Nicolette is played by Michael Keaton. Nicolette plays a major role in the film — the tritagonist if you will — eventually killing Ordell. A couple months later, he appears in Steven Soderbergh’s Out of Sight (1998) as the initial love interest of Jennifer Lopez’ character, U.S. Marshall Karen Sisco. He even displayed the same quirky mannerisms, and similar clothing. This little display continuity fun was only allowed to happen because both films were being made at roughly the same time and Universal Pictures cast Keaton as a cameo in Out of Sight since he was already cast in Jackie Brown. As a matter of fact, Tarantino found out about it and urged it to happen. Since all three works are based on novels by Elmore Leonard, this connects all three movies and establishes that they exist within the same universe.

Speaking of Karen Sisco, she would go on after Out of Sight to have her own adventures in the short lived, self-titled 2003 television show. This time she was played by Carla Gugino and  Ray Nicolette appeared in an episode played by Peter Horton. Though her show was canceled, it didn’t stop her from appearing in the TV show, Justified (played by Gugino there as well). 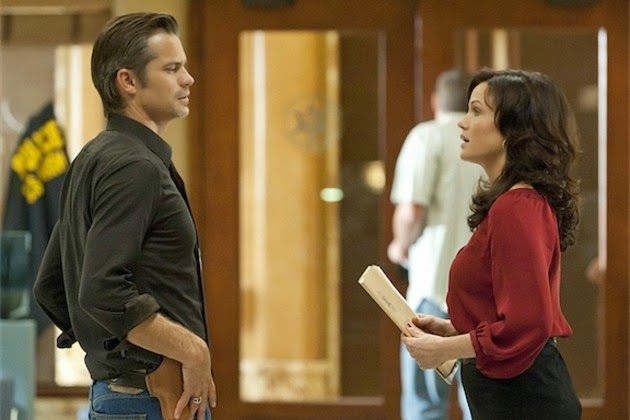 Justified also has some connections, as it is based on the character of U.S. Marshal Raylan Givens, played by Timothy Olyphant. Before that show however, he was portrayed by Tony Horton in the 1997 film, Pronto. So those two television shows, and another movie are now a part of the Jackie Brown universe as well.

And if you really wanna have fun with the Leonard Universe, then you may consider two more of his works: Get Shorty and Be Cool. But if you add those to this shared universe, you’re also gonna add 3:10 to Yuma and a slew of other works as well. It’s enough to make your head spin.

Leonard’s universe can arguably rival any other shared universe in entertainment. Especially the most notorious one as of lately, “The Tarintino Universe.” The saving grace to this crossover madness though is Elmore Leonard himself as an author was mentioned in the show, Homicide: Life on the Street which safely removes him from this fate… 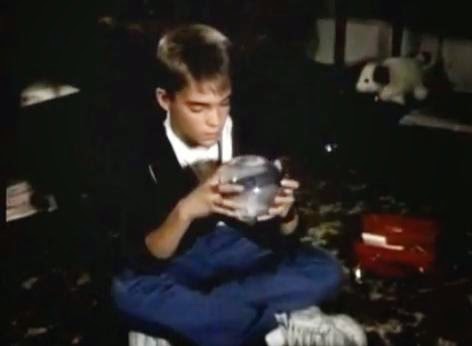 *throws self off a ravine*