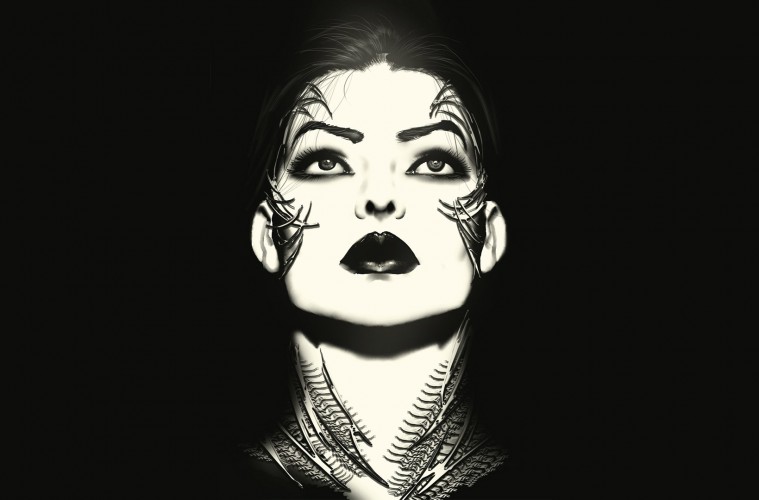 Farewell, Witchblade. We Knew You Well.

Witchblade, the comic that has been one of the flagship titles of Top Cow for the past two decades, is being discontinued in October at issue 185. The reasons given by Matt Hawkins, President and Chief Creative Officer of Top Cow, gave to Newsarama was somewhat amorphous. He is quoted as saying:

“Over the past three years we’ve had far more success with self-contained titles and less with the continuity heavy “universe” titles,” Hawkins explained. “We’d been talking about what to do with Witchblade for the past several years and with the 20th anniversary looming we knew we needed to make some changes. Like The Darkness, we decided internally that the best thing to do would be to wrap up the storyline in the main title and give it a chance to breath.”

While the comic book nerd inside me wants to lament this, the adult critic that I have morphed into agrees that it should be put out to pasture. But first, some context about where this character came from. 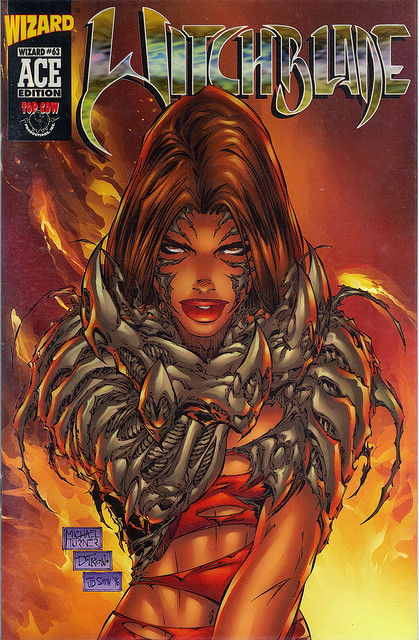 For the latter half of the 20th century American comics were dominated by DC and Marvel. But in the 80’s, and in particular the early 90’s, there was a rebellion among the top talent at the companies (well, mostly Marvel’s talent) that led to the creation of Image Comics and Top Cow Comics. Characters like Spawn and Savage Dragon were born. Also, teams like Cyberforce, Gen 13, and the WildC.A.T.s hit the scene. All of these characters brought exciting new looks and energy to a comic book industry that was spinning its wheels and, frankly, treating its talent with little respect. The talent included legendary artists like Tod McFarlane, Michael Turner, Jim Lee, and Marc Silvestri among others. 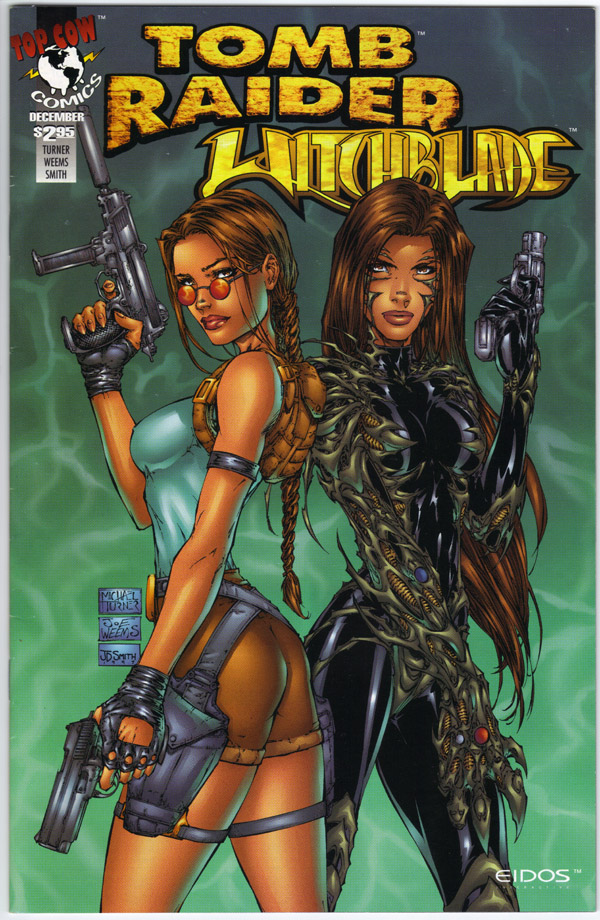 Witchblade was born in this rebellious creative explosion. Her scantily clad, otherworldly appearance caught (male) readers attention from the get-go and cemented her status as one of the premiere comic book characters of the decade. You can brush up on the characters details here. But Witchblade, like the other characters from that 90’s boom, hadn’t really gone anywhere, and none of them have achieved the lasting presence of character like Batman or Spider-man. Even worse, while she was the last hold out, no one is going to come to her rescue. Because she was born in a era when cheesecake ruled. The armies of female fans invading the comic book realm in droves are not going to defend her from cancellation. They are most like too happy with Lady Thor and Spider-Gwen.

That is a terrible irony, but not a surprising one. She was born in an era when boys like me saw her scantily clad outfits and picked the comic book up out of interest. Never mind that the armor was actually created in a style that was genius in its own right. Or that she is an example of a strong female character making her own way in the comic book world. No, these things are not going to be championed by the people who got upset over the Spider Woman variant cover.

But that’s okay. They comic book industry has blown up beyond even my wildest dreams, and the movies about the characters I loved as a child are coming out faster than I can count them. So it’s okay. It’s just going to be boys like me who lament her passing as the rest of the comic book industry thunders on into a bright new future.

So goodbye, Witchblade. You will be missed.

Source:  Newsarama | Action A Go Go on Twitter and Instagram |Be sure to leave your thoughts in the comments section!