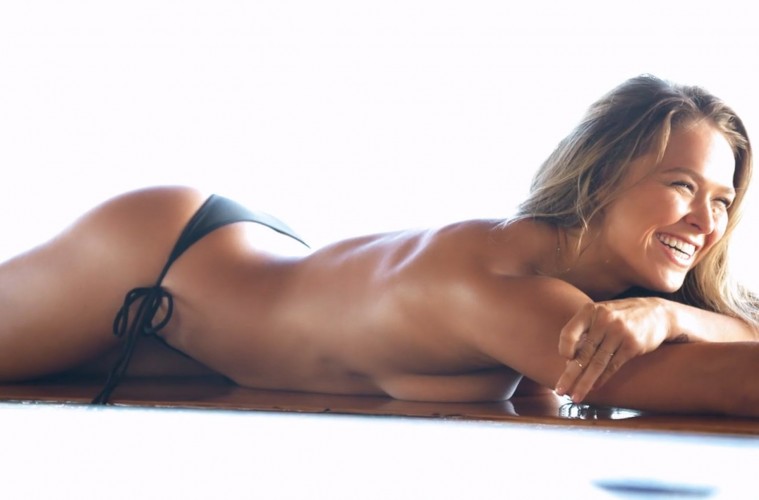 Recently, after a Reddit AMA, Ronda Rousey, the reigning Women’s Bantamweight Champ, made it very clear that she had her well-documented laser focused sights on the role of Carol Danvers AKA Captain Marvel (albeit, she called her “Miss Marvel,” but we all know who she meant). The response to her interest in starring in Marvel’s first female-led superhero film has been overwhelmingly positive, resulting in some pretty impressive fan art. A few of which Rousey shared on her Instagram (below). 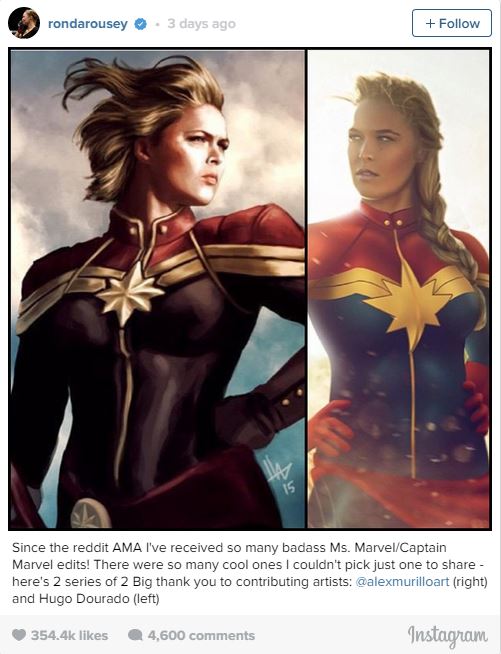 Currently being written by Guardians of the Galaxy’s Nicole Perlman and Inside Out’s Megan LeFauve, Captain Marvel isn’t scheduled to hit theaters until 2018. This gives Rousey plenty of time to improve upon what is currently her greatest challenge: Her acting.

Having scored bit parts in Expendables 3, Entourage: The Movie, and Furious 7, Rousey is clearly Hollywood bound. However, she is far from leading lady material. Especially if she wishes to edge out the long line of actresses who have been clamoring for this role before she vocalized interest. I’m talking about actresses who have proven they can deliver the physical and dramatic demands of starring as Captain Marvel. Actresses such as Katheryn Winnick (Vikings) and Katee Sackhoff (of Battlestar Galactica and #1 on our list). 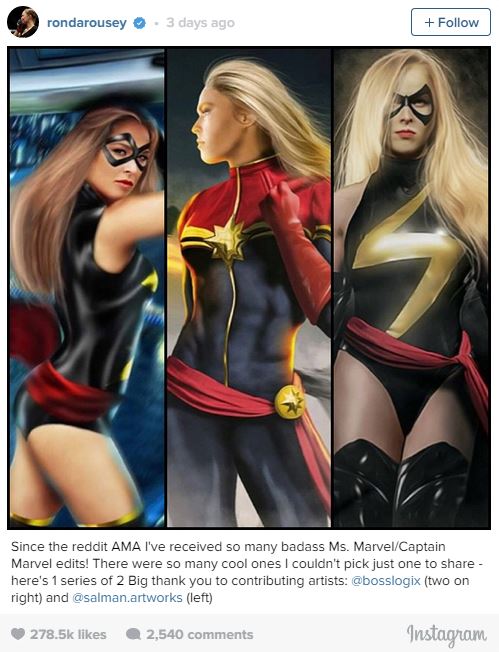 Still, 2018 is a long ways off. And with Rousey starring in her own biopic, there is a good chance she may turn out to be the type of actress Marvel needs before their Captain Marvel film starts shooting.

If we’ve learned anything from watching Rousey in the ring, once she has her sights on you, you really can’t deny her.