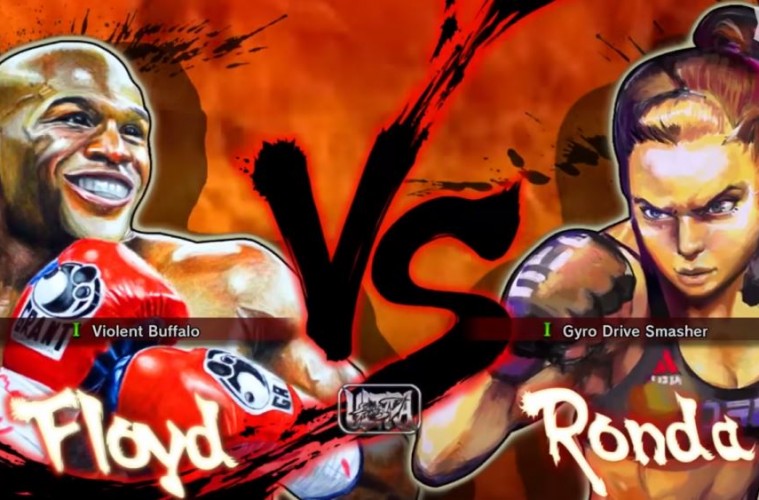 ‘STREET FIGHTER IV’ HAS DECLARED A VICTOR IN MAYWEATHER VS. ROUSEY

Much has been made of Floyd Mayweather and Ronda Rousey’s ongoing war of words. Probably too much considering that Mayweather (49-0) is retired and Rousey (12-1) is currently in active. But that’s not stopping game designer Richie Branson from giving speculators the inter-gender match of a lifetime.

In the following clip, Floyd and Ronda square off in Street Fighter IV. Naturally this is a mod, with Balrog being rejiggered into “Money” Mayweather and “Rowdy” Rousey being reworked from Cammy. According to Branson, he accomplished this by manipulating the skins on the PC version of SFIV. He’s even promising to make the textures available for those who aren’t happy with the fight results in the near future.

So who comes out on top? See for yourself…